Jihad is a Doctrine of War & Faraz for Muslims: Masood Khan 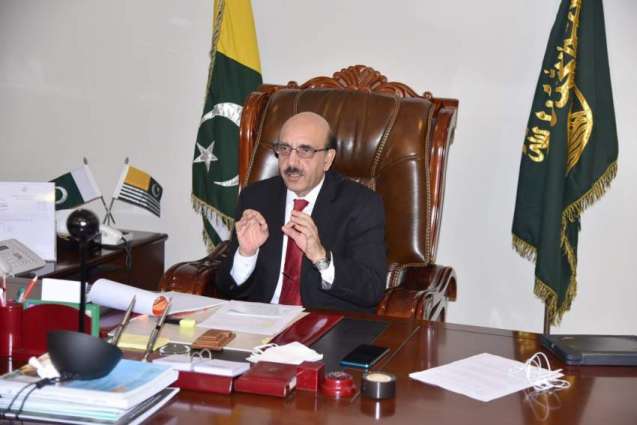 Saleem Safi argues that Imran Khan has missed many opportunities to take the Kashmir issue to the next level and has failed the people of Kashmir as well as Pakistan on many levels. The reasons for Imran Khan Government’s failure according to him are as given below:

Question: What is your view on the governments Kashmir policy and what went wrong?

Answer: The most important thing is the attitude of the government towards Kashmir and if continues like this, then the day is not far when J&K will completely slip out of our hands one day. Kashmir is burning, lands are been taken away from the locals and the Indian government has started a mission to settle Hindus in the valley and what Pakistan does is release a political map proclaiming Kashmir as our part it has been said for a long time and if India continues its policy like this, forget Kashmir, the Kashmiris will be soon lost somewhere and will become a minority in its land.

Question: What are the options for Pakistan?

Answer: Jihad is Farz for Muslims. Jihad is a doctrine of war and probably the most humanitarian doctrine of war in the Word. If we look into history, freedom only finds mention in speeches, however, no speech has won a war. Jihad is justified for the right cause. India has stationed nine lakh armed personnel in the valley and they, not the Kashmiri people, are terrorists, who are killing innocent people in fake encounters. He underlined that the US, Russia, France, and the UK are on India’s side and we need to respect countries like Iran, Turkey, Malaysia, and China who support Pakistan on the issue of Kashmir.