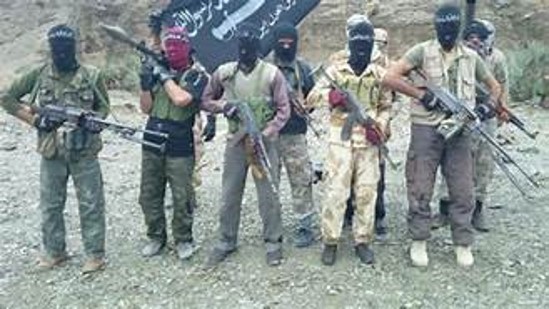 Balochistan Liberation Front (BLF) dismissed the allegations made by Jaish-ul-Adl and said that armed group backed by Pakistan Army is making baseless claims by distorting the fact.

“Jaish-ul-Adl, which is active against the government in Iran, resealed a video statement on social media on July 26 2021 in which baseless allegations have been made against BLF by distorting the fact.

The lack of knowledge of the speaker in the video released by Jaish-ul-Adl can be gauged from the fact that he calls BLF’s secular freedom struggle as an infidelity against Islam, We ware waiting for Jaish to disassociate from this mischievous video statement, but their was no explanation from them.

On June 30, 2021 also, Jaish-ul-Adl had falsely claimed in a statement that BLF and BRA sarmachaars had attacked Jaish operatives and in that alleged attacked the helps of Iran’s revolutionary Guards were obtained, Jaish also claimed that its so-called devote armed men had foiled the alleged attacked and seized a vehicle belonging to the Baloch attackers.

However, the fact is that at a place in the mountains of Panjgur, a parked BLF vehicle loaded with rations was stolen and seized by Jaish.

Then they fabricated a false story of the attack to cover up their crime. Therefore, we consider it necessary to expose Jaish-ul-Adl, the masked force behind it and their mala fide intention behind this false propaganda campaign against the Bloch freedom fighters, especially the BLF, said BLF spokesperson major Gwahram Bloch in media statement.

Jaish-ul-Adl has long been active in various areas of occupied Blochistan that include prom, Zamuran, Panjgur, Mashkel and Washuk, and also in areas adjacent to the Goldsmid Boundary Lie under under the patronage of Pakistan Army and ISI.

The camps, training centers and hideouts of Jaish-ul-Adl are in the above areas that operate under the patronage of Pakistan Army. At all of these areas the Jaish-ul-Adl have set up checkpoint on the rode wherein they stop vehicle of Baloch people engaged in border trade and extort thousand of rupees per vehicle as forced tax.

They stop passenger vehicle, searches’ them harass the local Baloch people. Jaish group also provide security for vehicle that are loaded with drugs.

Jaish-ul-Adl also acts as informers for the Pakistan Army and intimates them about the movements of Baloch sarmachaars 9freedom fighters). Jaish also assist the Pak Army in conducting military operations against sarmachaars.

Their vehicles are similar to those of the Pakistan Army and death squad, which sometimes makes it difficult for the Baloch sarmachaaars to distinguish between Jaish members, Pakistan army and Death Squads.

Due to the association of Jaish-ul-Adl members with Pak army and Death Squad and similarity of their vehicles and other methodology, there have been incidents of armed clashes with the Baloch sarmarchaars.

In 2014, Jaish-ul-adl clashed with BLF sarmachaars for the first time, in which a Jaish armed man was injured. When he was identified, the sarmachaars allowed the Jaish-ul-dl to take their wounded member.