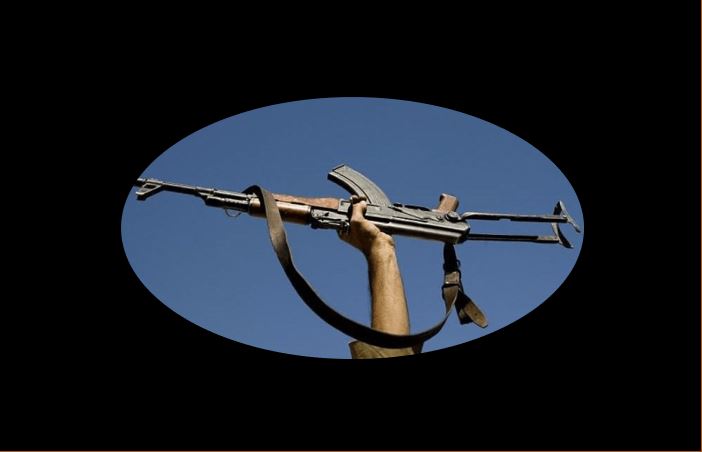 Rustam Lone is top militant handler in Pakistan
Rustam Lone, a Kupwara man who had run off to Pakistan as a boy in 1997 has been handpicked by ISI to give fresh impetus to militancy in north Kashmir. Rustam went to Pakistan for arms training to kill some militants back home who had killed his father, uncle and brother. Sources reveal that ISI is worried that Kupwara is peaceful and has low militant activity. Rustam, who stays in Pakistan, is one of the top handlers to recruit Kashmiri youth in militant groups. Following the charge given by ISI, Rustam is seeking information from his relatives about the situation here. He is also seeking the phone numbers of his childhood friends so that he can use them to reach out to more youth to join militancy.

Family Devastated By Militants
In 1997, Rustam went to Pakistan to get arms training. His purpose was to kill those militants in Kashmir who had killed his family members. During the 90s, Punjwa village in Kupwara district of north Kashmir was known as Muzaffar Abad. The village has produced more than a hundred miltants and many militant commanders. The village is influenced by JEI ideology. Peer Mumtaz, popularly known as Syed Lala, a long-time friend and confidante of Syed Ali Geelani, was from this village. He was a known Khateeb of the area and used to give sermons in mosques. Later Syed Lala became a key man of Pakistan to enable local young men to join Hizbul Mujahideen and go to Pakistan for arms training.

In the early 1990s, when militancy was at its peak, a young man from this area named Mohd Gulzar Lone joined CRPF. Those years, Pakistan propaganda ruled in Kashmir. In the villages that were in the grip of militancy, joining any security agency was regarded as a sin. The news spread like wildfire that Gulzar has joined CRPF as a constable. In order to supposedly punish the family for Gulzar’s joining CRPF, militants kidnapped his father Gh Mohammad Lone and his uncle Ghulam Ahmad Lone in January 1992. They were tortured to death and were buried in a nearby forest. Their mortal remains could not be traced. As per sources, three local militants killed Gulzar’s father and uncle. One among these militants was, Mir Hafizullah, who was then the commander of Alummer, a terrorist group. The second was Peer Mushtaq, the platoon commander of Hizbul Mujahideen. Mushtaq is now in POK. The third was Ashraf Meer. All three are from Punjwa.

Militants Kill Third Family Member
Gh Mohmmad Lone had four sons. The eldest one is Gulzar, who is in CRPF. Lone’s second son Nazir Ahmad was devastated at the killing of his father and uncle. He decided to go to Pakistan to get arms training for avenging these killings. One day Nazir left home to go to Pakistan-Occupied Kashmir (POK) to join a terror camp there and learn how to use assault weapons. He joined a group of boys to start his journey. Peer Mushtaq, then platoon commander of Hizbul Mujahideen who had killed his father and uncle, got to know of Nazir’s plan. Some people informed Peer Mushtaq that Nazir’s plan was to get an AK 47 from Pakistan and kill his (Peer Mushtaq’s) family members.

Peer Mushtaq chased Nazir while he was crossing Hafrada Forest in Kupwara district, and killed him. He dumped Nazir’s body somewhere in the forest. Nazir’s body could not be traced. Nazir’s grandfather Nazir Gh Rasool Lone was known as Lass Haput, which in Kashmiri refers to a huge black bear. Gh Rasool Lone was fondly called by this name because he was a large-hearted, brace and helpful man. The old man’s two grown sons had already been killed by militants. Now militants killed his grandson too. Gh Rasool was so distressed and heartbroken that he lost his mental balance. He started wailing all day and roamed in the nearby forest to find Nazir’s body, but could not find it. The old man finally went mad and died. Since Gulzar had joined CRPF, the family got labeled as a mukhbir family. The villagers started regarding them as Indian agents.

Gh Mohmmad Lone’s fourth son, Rustam, was a child when tragedy upon tragedy befell his family. He was only in fourth standard when his three family members were brutally killed by militants. As years went by, Rustam was the only reason his other family members managed to live through their misfortune. Sources say that Rustam was regarded as one of the most brilliant boys of his class. In 1997, one day when Rustam’s mother went to his room to awaken him for morning tea, she found him missing. The family was in shock. They thought that the militants had returned to target their family again. The family did not get any clue about Rustam’s whereabouts. After about a month, they received a call from him. Rustam had called them from Pakistan. Rustam told his mother that he had gone to Pakistan to get an AK-47. He said he would kill all those who had killed his father, uncle and his brother. He told his mother that he would not spare anyone who had caused such immense pain to his family.

Rustam Runs Off To Pakistan
Rustam crossed over to Pakistan when he was studying in Class X. All family members were deeply fearful for Rustam. They knew that if he returned, a feud would break out between him and the militants, in which he may get killed. Rustam’s mother told him to stay back in Pakistan. She said that when the situation was better back home, she would tell him to come. Rustam got admission in a college in Pakistan and did MBA from there. He got a job as a lecturer in a college. He fell in love with a Pakistani girl and married her. Peer Mushtaq, who had killed Rustam’s father, uncle and brother was also in Pakistan. He was in charge of a militant camp at Ifta Abad. Peer Mushtaq made sure that Rustam should not return to Kashmir. He knew that if Rustam comes back to Punjwa, he will target his (Peer Mushtaq’s) family and kill his family members.

Associates In Pakistan’s Terror Ecosystem
Strange are the ways of life. Peer Mushtaq killed Rustam’s father, uncle and brother. Rustam went to Pakistan to get an AK 47 to avenge the death of his family members. Yet today, Rustam and Peer Mushtaq are associates in Pakistan’s terror ecosystem for Kashmir. Rustam is now a top handler for Kashmiri youth recruited as militants. He and Peer Mushtaq recruit Kashmiri youth through social media platforms. Rustam, who worked for some years as a college lecturer in Pakistan, is an educated man. He uses diverse social media platforms to instigate the Kashmiri youth to join militancy.