Is the world waiting to see the death of the last Kashmiri on dossier? 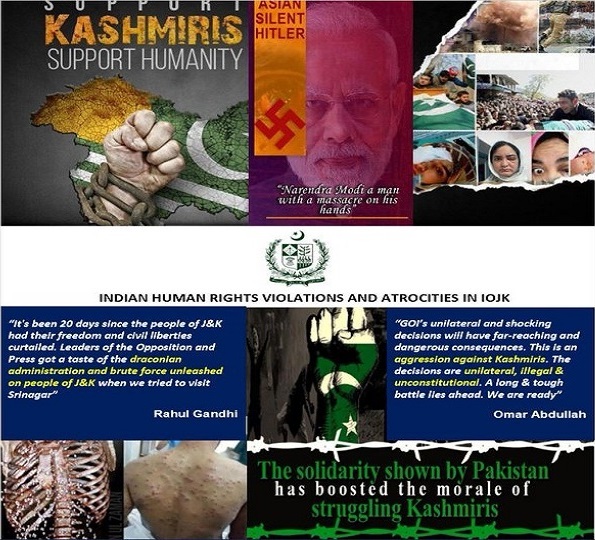 Pakistan’s permanent UN representative Munir Akram met the UN Secretary-General António Guterres and handed over a dossier about India’s involvement in terrorism inside Pakistan. The Secretary-General has assured Pakistan’s representative that he would look into the dossier. Pakistan has brought to light irrefutable proofs of India’s expansionism, its conspiracies, and other policies in front of the world. The dossier has exposed India’s true face. China, Turkey, and Iran have supported Pakistan on the dossier.

Pakistan has submitted such dossiers to the US as well. But Washington never changed its friendly attitude towards India. (Washington has been indifferent towards Pakistan’s concerns). It would have been impossible for the US to enter Afghanistan without Pakistan’s help. Because of its support to the US in its War on Terror, terrorism entered Pakistani territory as well. This support has cost Islamabad heavily. For India, Pakistan is unacceptable. Pakistan supports Kashmiris’ right to freedom, and India labels this as support for terrorism. It is no secret that India is behind terrorism in Pakistan. Modi Sarkar’s main effort has been to mislead the international community on Pakistan and lie its people, only to make its extremist Hindutva constituency happy.

Pakistan has said that India is trying to suppress the freedom movement in Kashmir and it is spreading fabricated news. Foreign Office spokesperson said that the movement for Kashmir independence is a local movement. India cannot hide violations of human rights by spreading fake news. Baseless accusations against Pakistan expose BJP’s anti-Pakistan agenda. India should respect international laws and fulfill ethical responsibilities. Pakistan has been experiencing Indian terrorism for the last seven decades. Now when other countries are also feeling the pain Pakistan is experiencing, it is time for Pakistan to highlight Indian involvements and let the global community know what kind of monster India is.

Pakistan is now presenting evidence of Indian terrorism to the world. All characters related to terrorism in Balochistan are living lavish lives in Scandinavian countries with Indian funding. London, Dubai, Munich, and South Africa are being used to plan terrorism in Pakistan. India has started repeating its old blame games as a diplomatic follow-up. We feel that the UN is responsible for letting India reach this level because it has failed to solve the Kashmir issue, despite the fact that it has been lying on its agenda for the last seventy years.