Is Jammu Going To Be Another Kashmir? 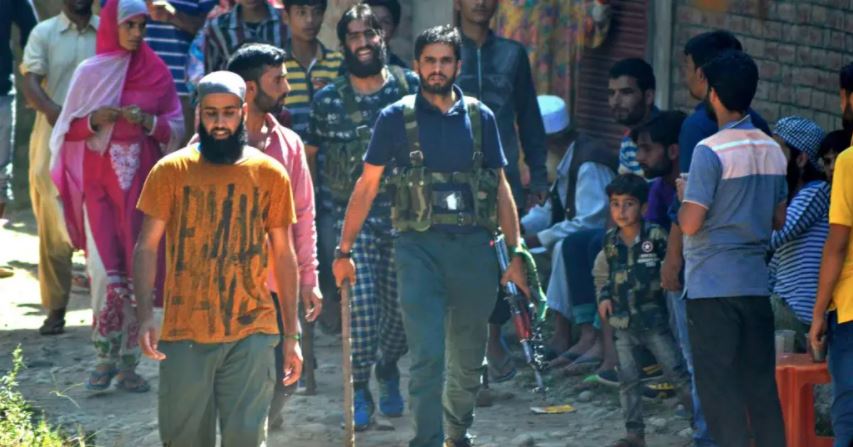 After the abrogation of Article 370, Jammu is showing signs of emerging as a national security challenge for India’s sovereignty. The situation is turning alarming because of the turbulence generated by Pakistan in the region.

Before August 2019, there was no militancy in the Muslim-majority Jammu division districts of Rajouri and Poonch. Now threat of militancy has started looming large in the Jammu region. There are lethal attacks, encounters, recovery of arms and ammunition, detention of militants, and overground workers (OGW).

Terrorist organizations and their networks are trying to create fear psychosis among the locals. It is a matter of concern that security and intelligence agencies have not been able to counter or crack the local moles. Samba district of Jammu region, which is closest to Pakistan, is most preferred for infiltration of militants from Pakistan. The largest number of drones has been recovered from Samba.

In 2020, after the encounter near Nagrota on the Jammu-Srinagar national highway in which four terrorists were killed, Border Security Force (BSF) had detected a 150-meter long tunnel from Pakistan to Samba sector. This had been used by Pakistan to push militants into Jammu region. The tunnel gives a fair idea of the intentions of Pakistan for the region.

In a terror attack last month in the heart of the Rajouri town, a two-year-old was killed and the family members injured in a grenade attack. In the last three months, five major encounters have been reported in Rajouri district. Seven militants and three soldiers were killed in these encounters. In the neighboring Poonch district, five militants were killed while trying to infiltrate along the Line of Control (LoC). Sticky bombs were recovered for the first time there last month. Drones are being used to drop arms, IEDs, drugs, and money. Tunnels have been found, used to push terrorists in Jammu.

Lashkar-e-Taiba, Jaish-e-Mohammad, and other terror organizations have got active here. Pakistan’s full-fledged plan to start bloodshed in the Jammu region is on track.

What are the reasons for this emerging militancy?

There is no clarity as yet on this fundamental question. The signals from Pakistan are varied and confusing, and a mix of reasons is likely. Pakistan wants to expand its terror footprint beyond Kashmir. It wants to exert its terror influence over the Jammu region too. It wants to bleed India in all the ways it can. It wants to sabotage the democratic exercises initiated by the Indian state. It wants to muzzle the voice of dissent. Pakistan’s strategy of expanding its terror footprint is clear from the recent incident in Delhi where six terrorists planning festival attacks were arrested.

Another reason is that since Kashmir is more militarized than Jammu, the movement of terrorists is difficult there. After the abrogation of Article 370, it has become arduous for terrorists to operate in Kashmir, hence they are trying to shift base to Jammu. How do the militants operate and survive despite the heavy checks of the state? This needs to be understood from an informed perspective.

The argument that military operations cannot succeed without the inputs and assistance of the local police is valid. Equally valid is the argument that terrorists cannot survive for long without local support. According to intelligence inputs, terrorists are hiding in the forest areas of Jammu. For survival, they need local support. Does that mean that Kashmir’s radicalization has reached the Jammu division? Are locals supporting terrorists because they are radicalized? Are they getting some kind of benefits in return? Are they supporting them out of fear? If locals are supporting the militants voluntarily, is it because of the influence of social media or other extraneous factors? The reasons for support must be investigated before Jammu becomes another Kashmir.

Mission “All Out” in the Jammu division shall be successful only if we are able to identify the factors for these developments and deal effectively with them.

The number of terrorists active in South Kashmir currently stands at 119. These include 24 foreign terrorists and 84 local youth who joining militancy this year. Militancy in Kashmir is currently concentrated in the Pulwama, Shopian, and Kulgam districts, where the influence of Jamaat e Islami is high. As per security reports, in the Anantnag district only 16 militants are active. In the Shopian district, 28 militants are active. Kulgam has 22 local militants and 5 Pakistani militants. While studying the data on active militants in South Kashmir, KZINE found that militancy is high in some specific hotbeds like two administrative blocks in Kulgam district, two administrative blocks in Shopian district, subdivision Tral in Pulwama district, and Kakpora block in Pulwama district.

The data makes for an engaging study. Fresh recruitment takes place in select pockets of the Anantnag, Kulgam, Shopian, and Pulwama districts. The latest figures show that whatever recruitment in terrorists in rank and file is happening, it does not show any major shift. In Anantnag district, the recruitment is almost insignificant. However, the number of active militants remains the same as it was in 2020.

After evaluation of the administrative blocks which have emerged as hotbeds, it comes to the fore that two main factors attribute to the recruitment of militants. One, ideological indoctrination. Second, the economic condition.

In Qaimoh block of Kulgam, both factors seem to be at play. The area has been dominated by Jamaat-e-Islami ideology for long. In February 2019, Jamaat e Islami Jammu and Kashmir was banned by the Home Ministry for its activities that compromised national interest and security.

Even after the ban, reports keep pouring in about the activities of Jamaat cadres in the area. Qaimoh block of Kulgam has produced some of the top Jamaat leaders who headed the organisation at state level for long. Prominent among these are Sheikh Ghulam Hassan, Mir Sanaullah and Abdul Salaam Kumar. The trio greatly influenced the people of the area. They were the first generation Jamaatis. Now there are innumerable people in the area, particularly those in teaching profession, who propagate Jamaat ideology and have greatly influenced young minds.

The data on active militants also indicates that almost all of them belong to lower social strata. They hail from a poor economic background. There is another interesting observation. One militant namely Aslam hails from Redwani Bala, a village in Qaimoh taluka of Kulgam district. Aslam is believed to have joined militant ranks because of the abuses hurled on his family.

The data reveals that his maternal grandfather Abdul Samad Alayi was killed by militants for his political affiliation. Perhaps tormented by the ignominy of his grandfather’s killing by militants, Aslam turned a militant himself. Another factor being attributed to the recruitment in militant ranks is the harassment of youngsters by police and other security agencies. Take for instance the case of Asif Reshi of Lashkar e Taiba, who hails from Marhama village of Anantnag district. The information on Asif states that he has a Jamaat background and was involved in some stone pelting incident in 2016.

Asif was arrested under PSA and released a year later. However, the police allegedly continued to summon and harrass Asif for months after he was released. His family alleges that Asif joins terrorist ranks because of the continued harassment by the police.

Why Do Almost All Kashmiri Militants Come From Lower Social Strata?

It is not difficult to understand why or under what circumstances Kashmiri boys choose death over life. Indoctrination by the deadly extremist ideology propagated by Jamaat e Islami remains the most important factor driving the youth to militancy. Poverty and economic backwardness also contribute to terrorism in Kashmir. The fundamental question which must engage researchers is this: Why is it that almost all militants come from poor backgrounds? Why is it that only the economically challenged youth take this extreme step where they are bound to be killed, particularly in the current phase of militancy where the average life expectancy of a terrorist is 60 to 90 days?

Why is it that the affluent Kashmiri men and their sons feel no need to take up the gun? Why does the gun reach the hands of poor, impoverished youth? What factors are at play to explain this? In the first phase of militancy in Kashmir, the life expectancy of a militant was usually in years. Also, the benefits of joining militant ranks were enormous. Extrotions, supari money, public donations, commissions from government officers, funding from the contractors, huge hawala funds, loot and arson, power and influence – everything came to the militants of the 90s through the barrel of the gun. But in the current phase, what is drawing in youth the most is indoctrination and ideological commitment.

What has been the impact of the Taliban takeover of Afghanistan on militant recruitment in Kashmir? Currently, we have no data or quantifying measures on the basis of which we can ascertain this. What we can say with certainty is that the resurgence of terrorists in the Peer Panjal region can significantly impact the cycle of terrorism in the South Kashmir districts of Shopian and Kulgam.