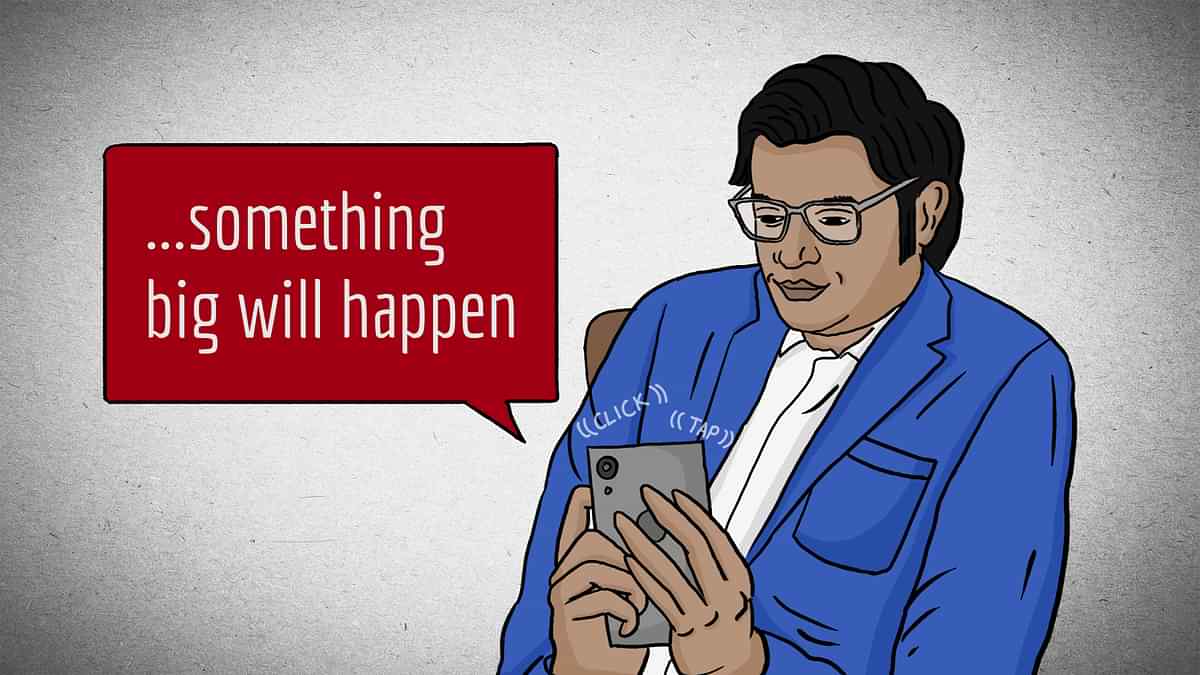 Indian journalist Arnab Goswami’s WhatsApp chat has brought the fact to light that the Pulwama attack on an India forces convoy, 14 February 2019, was carried out by the Modi Sarkar. 40 Indian forces were killed in the attack. According to the media reports, Arnab Goswami had prior information about the Pulwama attack, the Balakot strike as well as about the abrogation of the special status of Jammu and Kashmir in advance. Goswami’s WhatsApp chat has revealed that he knew about the decisions of high officials in India. He had advanced information about the Balakot strike and the abrogation of Article 370. He used this information about future events to increase his channel’s TRP.

In the preparation of his election campaign for the 2019 general elections in India, Narendra Modi clearly hinted that his anti-Pakistan rhetoric was crucial for his re-election. Such rhetoric made it clear that he might attack Pakistan to garner the support of Hindutva votes back home. Joyous over his spectacular victory in the elections, Modi went ahead and abrogated the special status of Jammu and Kashmir, which was strongly criticized across the world. Modi-Sarkar has been involved in sponsoring terrorism in Pakistan to destabilize it. Pakistan has strong evidence of R&AW’s involvement in every single terror attack in Pakistan for the last two and a half years. Besides, many international organizations have also exposed India’s support for terrorism. It was on these strong proofs against India that an American journal labelled India as the world’s number terrorist two months ago (?).

WhatsApp chat of Goswami has revealed that the plot was created by Modi Sarkar to create a pro-Modi wave. The information was fed to him so that he could use it to increase his channel’s TRP. Arnab Goswami was arrested a few months back for provoking a person and his son to commit suicide. On Arnab’s arrest, Modi-sarkar became active to save him and he was given bail by the Supreme Court of India.

WhatsApp chat of Arnab Goswami has cleared the remaining doubts in people’s minds. There should be no delay now in putting India in FATF blacklist and imposing sanctions on New Delhi. If the international community continues to adopt a reconciliatory approach towards India, the latter would destroy regional and world peace. Apart from exposing its true face to the international community, it has created embarrassment for India. The situation would be helpful for Pakistan at the diplomatic front, provided that Pakistani diplomats are able to use it properly. The reality is that India buys weapons from different countries so that it can blackmail Pakistan. But the truth behind the Pulwama attack has exposed India’s true face to the international community. The latter needs to take notice of the development.

Pakistan needs to pick up the issue and raise it with the international community. The matter is a serious one because the attack had brought India and Pakistan to the verge of war. The latest proofs can be used against India at the international forums. Seeing these proofs with the dossier submitted by Pakistan to the UN about India’s involvement in sponsoring terrorism in Pakistan validates the point that New Delhi is hell-bent on destabilizing regional peace and security. It is the responsibility of our diplomats to convey this message to the international community. It requires some big steps, including exposing India’s anti-Pakistan propaganda.