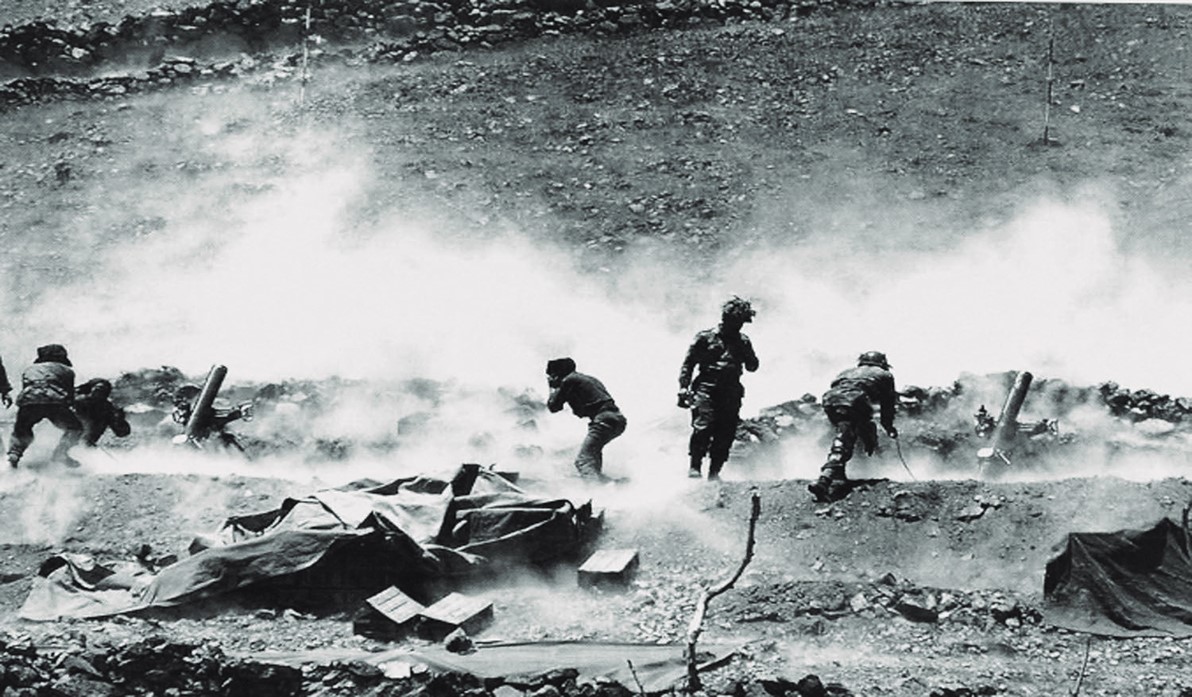 The first two weeks of December normally witness a lot of activity in the strategic domain across the Sub-continent as three countries go through the traditional reminiscence of the Indo-Pakistan War, 1971. The war led to the permanent dismemberment of Pakistan and creation of a new nation – Bangladesh.

All three countries look at the narration of the War from their own perspective. Bangladesh celebrates 16 December as Bijay Dibosh and has, in recent years, been inviting Indian army veterans who fought there to join the celebrations as state guests. This is being done to thank the veterans for their services in carving out the new nation.

In India, 16 December is celebrated as Vijay Diwas ; it is presaged by a large number of functions like seminars and book launches etc. The Indian army veterans of the war are sought out and requested to narrate their experience. A feeling of pride runs through the entire nation.

In Pakistan, there is a marked absence of academic investigation of the circumstances leading to the war and the end result thereof. It may be so because of a deeply embedded feeling of guilt and failure. The country’s biggest counter to India’s victory narrative comes in the form of describing difficulties faced by the Pakistani Prisoners of War (POWs) during the time that they spent in India. Here it becomes very necessary to note that while India gave back all POWs, the Indian soldiers in Pakistani custody were neither acknowledged nor returned, this callous behaviour of Pakistan cannot be condoned.

There are a large number of questions that Pakistan chooses to leave unanswered. Was the war a result of internal contradictions that marked the country? Was a common religion enough to bind such diverse entities? Was the severing of the two wings inevitable since they were 1500 kms apart and had distinct cultures and way of life?

The horrendous military crackdown in Dhaka on the night of March 25-26, 1971, code named Operation Searchlight, that triggered a full-fledged civil war in East Pakistan was definitely the outcome of the military mindset of the Pakistani dictatorship. It was a “teach the wimps a lesson” syndrome based on a superiority complex. The over-enthusiastic implementation of the directive led to a humanitarian crisis of horrendous proportions that sucked India into its vortex with the crossover of millions of refugees, mostly Hindus. As the Genocide gained momentum even Muslims started fleeing into India in great numbers. Thus, India became a party to the internal crisis of Pakistan without wishing to be so.

It is well known that the political establishment in India wanted War to be declared as early as June 1971; it was postponed due to the strong stand taken by the then Chief of Army Staff, General (later Field Marshal) Sam Manekshaw. The point to ponder here is – when General Sam Manekshaw was feverishly preparing for an all out war encompassing the Western as well as the Eastern front what was the Pakistan army doing?

It is quite apparent that the military hierarchy of Pakistan based its strategy on a war that would be considerably curtailed by international pressure from big countries like the US and China that were clearly in its favour. In the small window of conflict that it conceived as probable, it sought to garner gains in the Western Theatre to offset any losses in the Eastern Theatre.

It was for this reason that the Eastern Theatre was not reinforced with adequate Air and Naval assets. In the skies it had to contend with 10 aircraft against 125 fielded by the Indian Air Force; quite naturally it handed over the skies to India within the first few days of the war.

In the high seas, the Eastern Sector witnessed a well conceived commando operations code named, Operation Jackpot, carried out by the Indian Navy along with personnel of the Mukti Bahini (Guerrilla force of East Pakistan) that destroyed the supply and communication lines in and around Chittagong and left the Pakistan army without any means of replenishment.

The hostile pressure from the US and China was checked by Russia with its veto on the UN resolutions moved by the two countries. The Indian Army, thus, got time to overrun the Pakistani forces in East Pakistan, liberate the area and declare the creation of a new Nation- Bangladesh. It did so with considerable aplomb and professionalism.

India was quick to declare a unilateral ceasefire once the job was done. It would have been a good idea to continue the war and dismember Pakistan in the west too, however, one can understand that there would have been tremendous pressure which precluded this option.

It would, therefore, be appropriate here to partially absolve the much-maligned Lt. General AAK Niazi, Pakistani Commander of the Eastern Command, and lay the blame on the collective failure of the military hierarchy in Pakistan.

Pakistan’s lack of academic engagement with regard to the war leaves a vacuum within its present generation in understanding the reasons and consequences of the war. With no course-corrections in place, Pakistan is sailing in the same boat as it was fifty years back. The Army continues to remain supreme, more adept in winning elections and sucking the nation financially rather than remaining professional and apolitical. Its dictatorial status is intact with a puppet prime minister in place. The country is in the vortex of a financial crisis but the funding of the army remains sacrosanct.

As we celebrate the 50th anniversary of our historic victory we need to stay ever vigilant, especially in the border areas of J&K and Punjab where Pakistan is attempting to create trouble with a new concept of hybrid warfare and use of modern technology like Drones. The hatred towards India has only increased with time under active nurturing of the Army and its intelligence wing, the Inter Services Intelligence (ISI). There is no indication from across the border that could give reason to India to lower her guard.