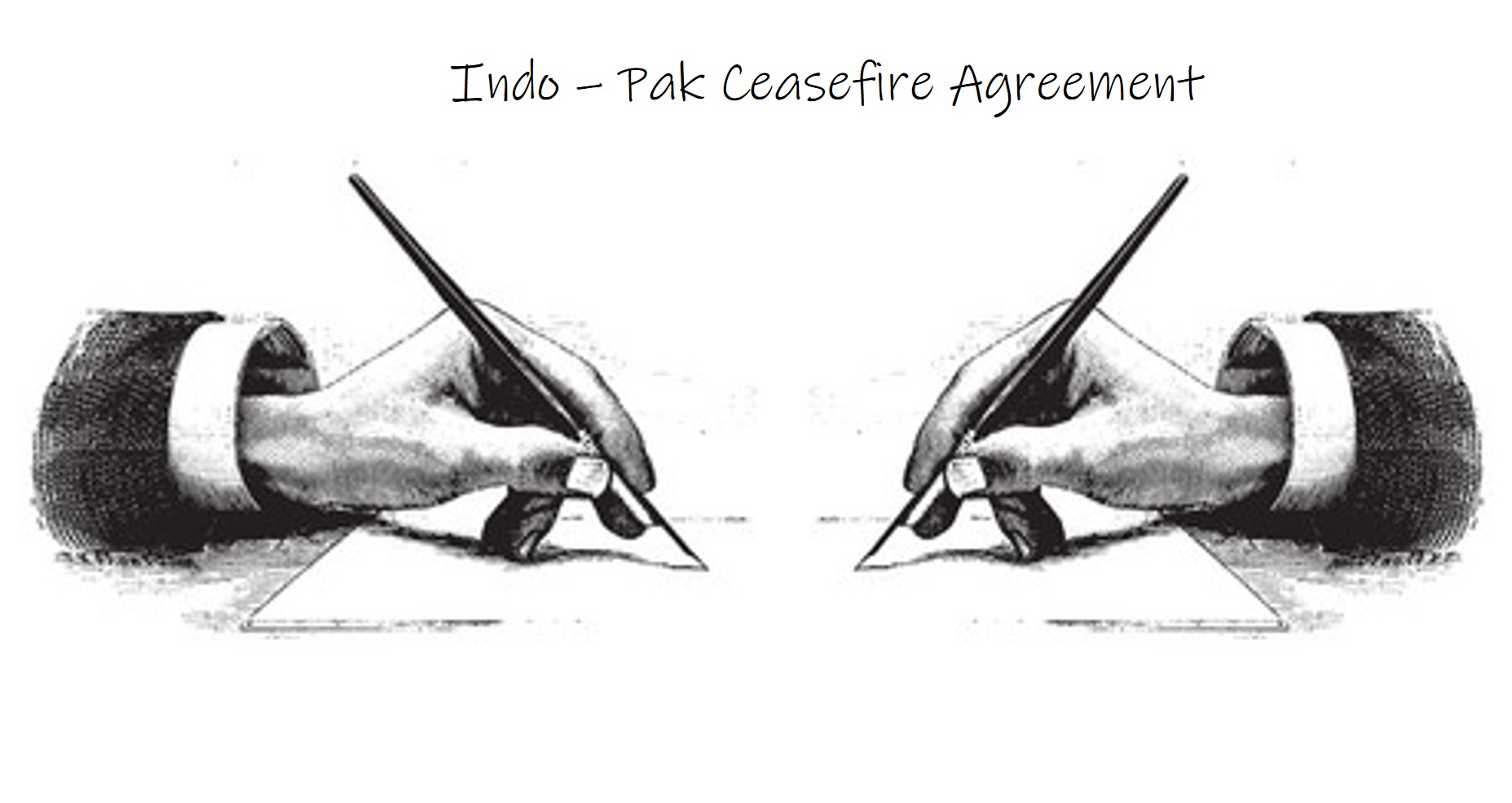 On 24 February, 2021, the Director General’s of Military Operations (DGsMO) of India and Pakistan jointly recommitted to a ceasefire along the Line of Control (LOC) and International Border (IB) that was first declared in 2003. “In the interest of achieving mutually beneficial and sustainable peace along the borders, the two DGsMO agreed to address each other’s core issues and concerns which have the propensity to disturb peace and lead to violence.” said the joint statement.

This re-commitment brought in its wake both relief and skepticism. Relief, since it gave a respite to the people living in border areas of both countries. Skepticism, since such assurances had been given a number of times earlier, only to be broken within a time frame ranging from a few days to a few months. The only time that the ceasefire actually held in letter and spirit was from 2003 to 2006, when not a single bullet was fired by both sides.

One year has passed since this re-commitment was brought into effect. During this period, there were many instances when the political leadership of Pakistan, led by Prime Minister Imran Khan, considerably increased its diatribe against India. Pakistan has also not given up on its nefarious design to once again ignite terrorism and violence in Kashmir should an opportunity present itself. Notwithstanding the tensions, the ceasefire held through the year with miniscule violations reported. This can be viewed as a very major achievement for the two countries.

The magnitude of relief can be gauged by the fact that the previous year’s witnessed incidents of cross border firing per year ranging from 1500 plus to nearly 5000. This implied that multiple areas along the LOC and IB were subjected to artillery shelling and small arms fire on a daily basis resulting in fatal and non-fatal casualties, damage to houses, schools, health centres and religious places; normal life in all its manifestations was affected resulting in economic loss and impingement of progress.

All this has changed over the last year all along the border belt. The crops have been good, children are going to school, health facilities are growing, more and more people are visiting border areas leading to increased prospects of border tourism. The people are happy and praising the government for this mature and far reaching act. They are also expressing a sincere and fervent hope that this situation will continue in the future.

Undoubtedly, the other side of the border would also be witnessing a similar state of joy and prosperity with problems, of course, being perpetrated by the huge presence of the terrorists and criminals there. It is so because, despite the ceasefire, attempts to infiltrate terrorists, money, drugs and warlike stores etc across the border from Pakistan are continuing. Pakistan is also resorting to the use of Drones and tunnels etc to carry out its nefarious activities not only along the borders in J&K but also extending to the borders of Punjab and Rajasthan. The intention, it seems, is to use the ceasefire to lull Indian security forces into complacency and use high technology to achieve the desired results of building instability in India.

The Indian security establishment had foreseen this situation. The assessment of commanders on ground in J&K was that though the ceasefire agreement between the two sides constituted a major improvement in the security situation along the LOC and IB, it did not give any reason to believe that terror infrastructure in Pakistan and Pakistan Occupied Jammu Kashmir (POJK) has been dismantled. Indian Counter-infiltration operations along the border and counter-terrorist operations in the hinterland, therefore, carried on without giving any respite to the enemies of the state.

The situation in J&K, as a result, has witnessed vast improvement in the parameters with which normalcy is measured. There have been very few terrorist initiated attacks and hardly any cases of IED attacks. There is also a marked reduction in activities like stone pelting, lock outs etc. Peace and tranquillity now prevails after a long time.

As the ceasefire holds, there are many voices being heard for resumption of trade, across the LOC, between the two nations that was suspended in April, 2019, since the trade routes were being misused by Pakistani militants for funnelling illegal weapons, narcotics and fake currency. The decision lies with the Government of India that will, undoubtedly, study the environment on the basis of intelligence inputs and the situation on ground before taking a step in the positive direction. The posture adopted by Pakistan too will play a big role; the country will have to shed insistence upon talks on J&K as a precondition for any further improvement in relations since India is quite firm in her belief that there is nothing left to talk about regarding J&K except the return of such territories of the state that continue to remain under forcible occupation of the neighbouring country.

There also remains the ominous possibility of the ceasefire and the entire peace process being dislodged by the rabid fundamentalist lobby within the Pakistan army in association with the militant warlords. Even General Bajwa has no say in front of this powerful lobby, what to talk of Imran Khan. They have scuttled such attempts too many times earlier and are quite capable of doing so again.

The situation between India and Pakistan cannot change overnight due to decades of mistrust. If Pakistan, along with observance of the ceasefire, also desists from attempts to push terrorists across, then the trust will build up incrementally. For India, however, the best option is to remain positive about the possible success of the initiative while also remaining alert and vigilant, as troops in J&K are.