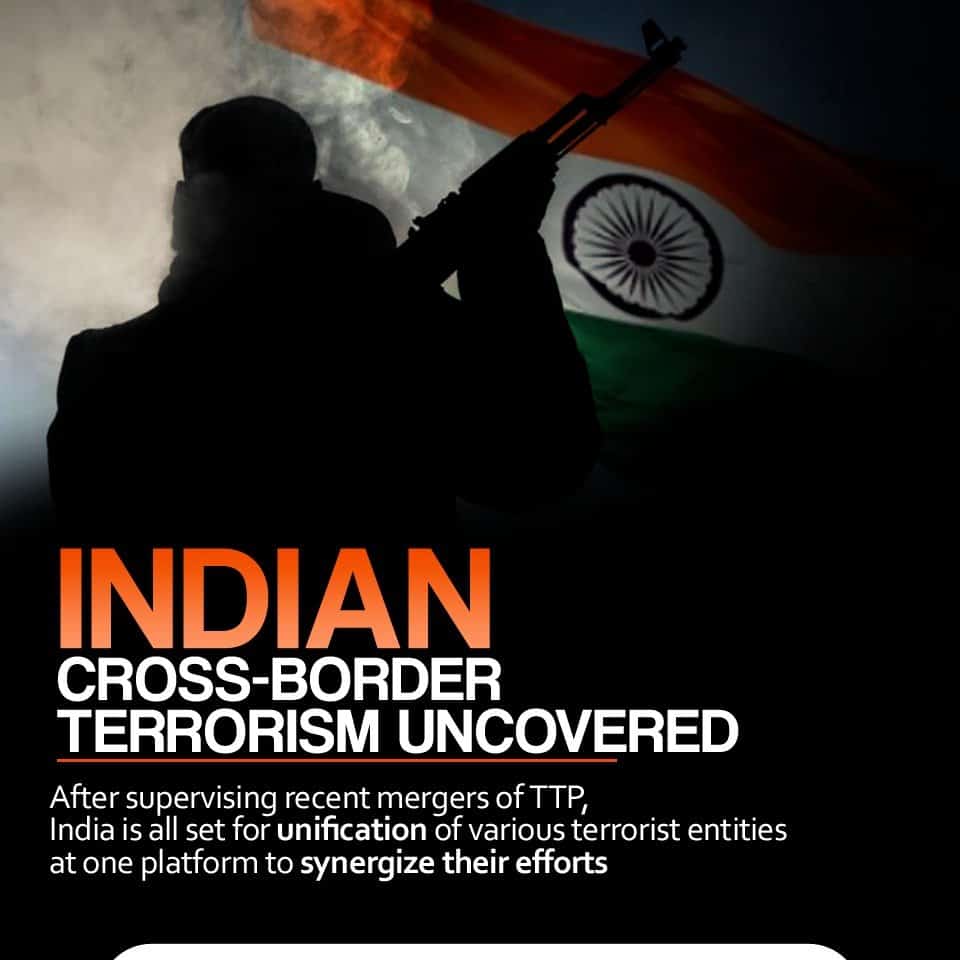 Several reports by well-known international organizations like Genocide Watch show that India is involved in the genocide of minorities in many areas, including in Occupied Kashmir. India’s ideology poses a threat to minorities. India plotted terrorism against Pakistan using its eastern border after US and NATO forces invaded Afghanistan in 2001 and was instrumental in pushing the so-called global war on terror (waged by US and NATO forces in Afghanistan) to Pakistan. India assured the US that Pakistan was an obstacle to its interests.

India’s diplomatic machinery has been pushing hard to prove Pakistan a terrorist state. Pakistan bore a total loss of $ 150 billion and the loss of 80,000 precious lives. The magnitude of loss is such that it cannot either be remedied or replaced. Not a single city from Karachi to Peshawar has been spared attacks by suicide bombers. What could be more barbaric than the fact that innocent children were bathed in blood in their educational institutions; their teachers were first killed, and then the children were brutalized to inflict mental anguish on the young students.

An organized conspiracy was hatched to discredit Pakistan on the world stage by showing it as a sponsor of terrorism. The United States considered India an important market and befriended it disregarding Pakistan’s sacrifices. This has increased Pakistan’s problems. One problem is still hanging like a sword in the form of FATF. Some quarters in Pakistan have launched a series of serious allegations and criticisms against the Pakistan Army furthering Indian propaganda. Attempts were made to create misunderstandings among the people against their own army. Even those affiliated with the banned separatist terrorist groups were shown as freedom fighters. Past governments, despite all the evidence of terrorism, after every major terrorist incident, could not present its case well before the global community. India has twice accused Pakistan of terrorism. It presented its dossier after the Mumbai attacks for the first time and after the Pulwama attack for the second time in 2019 and blamed Pakistan. Pakistan responded to these allegations.

Whenever India sought cooperation with the investigation, Pakistan cooperated in compliance with international law. A few months ago, a report said that India had brokered a deal between militants active in Balochistan and the Tehreek-e-Taliban Pakistan (TTP) and directed both to attack Pakistani interests. A few days after the report, the Karachi Stock Exchange was attacked. It has been started, albeit belatedly, to show the world the true face of India. The best way to respond to India’s propaganda is to expose it at the international level. Pakistan, as a respected member of the international community and a responsible nuclear state, wants a peaceful resolution of the conflict. The record shows that Prime Minister Imran Khan always hinted at talks with India, but India considers Pakistan’s pacifism cowardice. We have taught India a lesson by hitting its planes. The context of the situation in Occupied Kashmir and the evidence of Indian sponsored terror activities in Pakistan call for an international investigation against India.