India’s role in the global post-conflict vision for Afghanistan 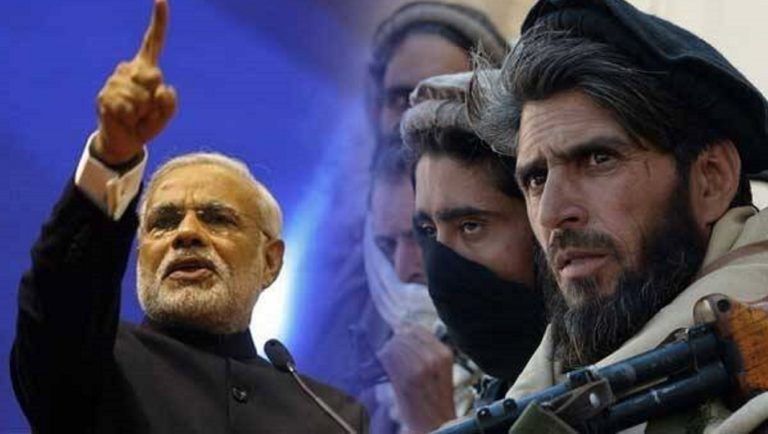 It is now more than a month since the Taliban seized control of Afghanistan post the withdrawal of the US and NATO forces. The month gone by has witnessed considerable violence in the crisis prone country with a debilitating military operation in its Panjsher Province whose outcome is not very clear. This apart, while the Taliban is wrestling with internal contradictions and governance deficits, the humanitarian situation in the country is attaining critical proportions.

Afghanistan is facing an unprecedented food, health and security crisis. This is quite evident from the huge mass of humanity gathered at the Spin Boldak Border Crossing between Pakistan and Afghanistan, there are numerous reports of clashes between the Afghan refugees trying to cross over into Pakistan and the Pakistan Frontier Force deployed at the crossing. The desperation of the hapless people can be well gauged by the fact that they are risking their very lives to leave their country and go to another destitute country like Pakistan, things cannot get worse than this.

Prime Minister Narendra Modi, in his address at the United Nations General Assembly (UNGA), has specifically stressed upon the need for the international community to reach out to Afghanistan with humanitarian aid and has expressed the willingness of India to join any and every initiative in this direction.

On the political front he has warned neighbouring countries to desist from attempting to leverage the fragile situation in Afghanistan for personal gains. “We … need to be alert and ensure that no country tries to take advantage of the delicate situation there, and use it as a tool for its own selfish interests,” he said. Quite obviously, PM Modi was hinting at Pakistan and China who are making a show of assisting Afghanistan but are, in fact, attempting to take proxy control of the country.

The world too is aware of Pakistan’s game plan in Afghanistan since the gap between what Pakistan says and what it does is too glaring to be ignored. More critical is the realisation that Pakistan is not doing enough to bring the Taliban into the global mainstream.

Pakistan has, in an immature move and without consultation with major powers, supported the Taliban’s request for its inclusion in the 76th UNGA session. It understands very well that it is too early for any such inclusion considering that no country has, as yet, recognised the Taliban as a legitimate Government of Afghanistan, and yet, it is pushing in the wrong direction. It is doing so to impress upon the Taliban that it is the only all weather friend of the dispensation.

The Taliban is aware of the machinations of its neighbour and is not taken in by the same. It is building a character of its own. In a recent incident again at Spin Boldak Border Crossing, a Pakistani convoy said to be carrying humanitarian aid into Afghanistan was stopped from crossing over since it was flying many flags of Pakistan and this was objected to by the Afghanistan guards. After some altercation the flag posts were broken. The incident reflects the Afghan ire against propagandist attempts by Pakistan.

The Taliban is also reaching out to several other neighbouring countries like Iran, Turkmenistan, Uzbekistan and Tajikistan. It is a step in the right direction since acceptance at the regional level will be the first step towards global recognition. A major interest of Pakistan in Afghanistan stems from the desire to use its militant resources against Kashmir and India. The Taliban realises the intent and is not ready to fall in the trap. There are, however, some maverick elements in the country that are aligning with the terrorist warlords in Pakistan like Hafiz Saeed and his Lashkar-e-Toiba against India.

The Indian Army in Kashmir is aware of such machinations and is poised to counter them effectively. This high state of preparedness of the Indian army has been witnessed recently with terrorists accruing massive losses in the Uri sector where nine infiltrators are reported killed in a massive operation lasting for more than a week.

The Taliban needs to look beyond Pakistan and China. It has to understand that the world is quite amenable towards pitching in to ensure stability and human security in Afghanistan if the Taliban can get its act together. It simply has to put an end to the violence and make an inclusive dispensation for governance that is not dependent upon a few specific countries like Pakistan and China. If it succeeds, it would be in a position to sit back and watch the world opening up. Sadly, the Taliban is not being able to achieve this end state.

There is a cloak of uncertainty enveloping the country to the extent that the fate of its biggest leaders as Hibatullah Akhundzada and Abdul Ghani Baradar is yet unknown. It is not clear as to who is in charge and what sort of government will intimately emerge. More importantly, the position of such leaders like Ashraf Ghani, Amrullah Saleh, Ahmad Masoud faction, Abdullah Abdullah etc in the new dispensation is unclear. Since the west is more comfortable in dealing with these leaders it would be best for the Taliban to incorporate them in the governance process.

Taliban will have to create an environment of security to facilitate the flow of aid and people into the country. Once such an environment is created, India will be in a position to play an active role in managing the global humanitarian aid process, Fortunately, the two nations have remained in touch in a positive manner all through this crisis. Afghanistan should look upon India as a country that can be depended upon to assist without attempting to gain control especially so since there are no common borders. The global post conflict vision for Afghanistan needs to be well thought out, all encompassing and lucidly designed with India playing a major role.