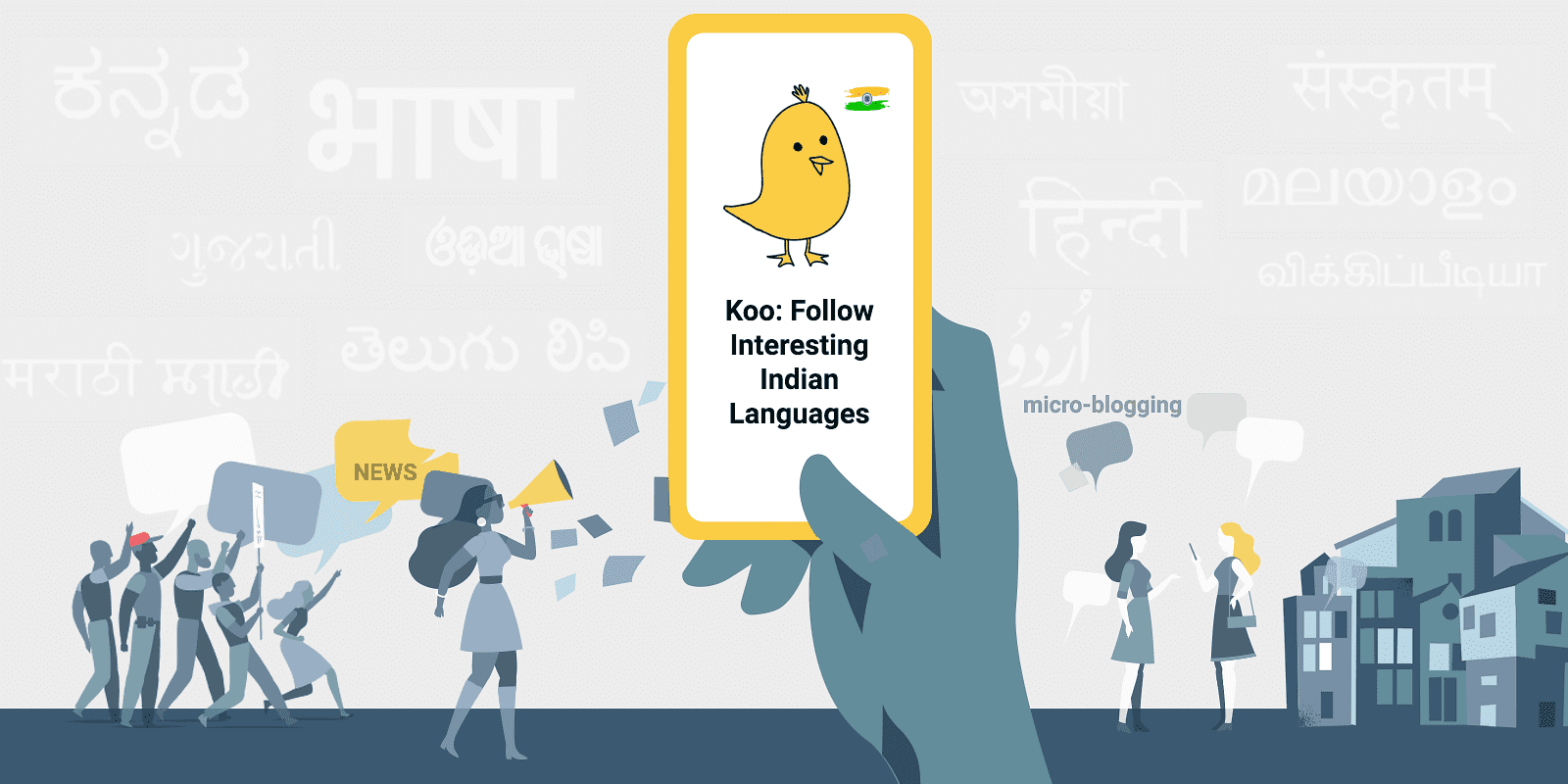 A huge overwhelming majority of Indians, who are self-respecting individuals proud of their Sanatani identity and heritage are gradually dumping the sickeningly Hinduphobic intransigent and highly discriminatory social media platform, Twitter, and moving over to Koo, the Indian made social media platform.

Union minister Piyush Goyal has joined Koo amid an increase in the Indian microblogging platform’s users following a standoff between Twitter and the government over the blocking of 257 accounts. Koo was launched in April 2020 as an alternative to Twitter.

The controversy revolves around farmers’ protests which turned violent on Republic Day. Before the farmers’ march on January 26, Delhi Police flagged the issue of several Pakistan-based Twitter accounts spreading misinformation. The Centre asked Twitter to block these accounts as those handles were found “inciting genocide”. Some accounts were suspended, but some were restored after a few hours. following which the Centre nudged Twitter once again and warned of penal action.

The standoff began as Twitter declined to block the 257 accounts for referring to “farmer genocide”, citing free speech and newsworthiness. The government on February 4 asked the company to take down additional 1,178 accounts that were fomenting trouble. It has issued a notice to Twitter threatening penal action in case of non-compliance with the government’s orders. Twitter has asked for a meeting with Prasad citing concerns regarding the safety of its employees.

Twitter defiant about its policy to entertain all anti-India riot inciting Twitter handles, tried to justify its decision to not block highly inflammatory Twitter handles under the pretext of freedom of expression and right to free speech while suppressing all prominent anti-left voices by systematically de-platforming them.

Twitter pretends to sit on a high moral horse by stating on a blog, “The values that underpin the Open Internet and free expression are increasingly under threat around the world. Following the reports of violence in New Delhi in recent weeks, we wanted to share a granular update on our proactive efforts to enforce our rules and defend our principles in India. Twitter exists to empower voices to be heard, and we continue to make improvements to our service so that everyone no matter their views or perspective feels safe participating in the public conversation.”

This has resulted in a growth of animosity between the Centre and Twitter after the social media platform sat on the government’s order for a day when the Centre asked it to block over 250 handles. It was reported that a day after the Centre’s order, Twitter blocked those handles only for a few hours. The Centre has also warned Twitter of penal actions.

This intransigence on the part of Twitter may force the Indian government to ban the social media platform in India as its giving platform. Minister Piyush Goyal tweeted, “I am now on Koo,” Goyal tweeted on Tuesday. “Connect with me on this Indian micro-blogging platform for real-time, exciting, and exclusive updates. Let us exchange our thoughts and ideas on Koo.”

Mayank Bidwatka, Koo’s co-founder, said there has been a substantial spike in the number of Koo users since the standoff began. “We are yet to quantify it,” Bidwatka said Koo has over three million users and is active in seven languages.

Koo won the second prize in the social category after Chingari in the Atmanirbhar app challenge in August. It started in Kannada and has since expanded to include Tamil, Hindi, and Telugu

Bidwatka said Koo offers an immersive language experience. “If you type in English, it can translate the Koo into Hindi if that is your preferred language.” He added the electronics and information technology ministry, its departments are using the platform, and talks to create accounts for other government ministries and departments were underway.

India is Twitter’s third-largest market with 18.9 million users. The American platform till now was the preferred mode of social media engagement for prominent politicians, including Prime Minister Narendra Modi as the mainstream media in India had a Fascist stranglehold of the leftist-jihadi-Christian conversion cabal completely crushing any voice which was proud of its rich Vedic heritage and tried to unmask the lies perpetuated by the communists.

Twitter’s head, Jack Dorsey soon started to use the same techniques of the communists to stifle nationalist Indian voices, now it has gone further by promoting Twitter handles seeking to completely annihilate Hindus and break India into several pieces.

This has prompted Indians to come up with an Indian-made social media platform, Koo where Fascist leftists like Jack Dorsey cannot dictatorially stifle anti-left voices. It is also high time, India bans Twitter if it cannot comply with Indian rules and avidly joins forces inimical to India’s interest instead of being an objective social media platform.