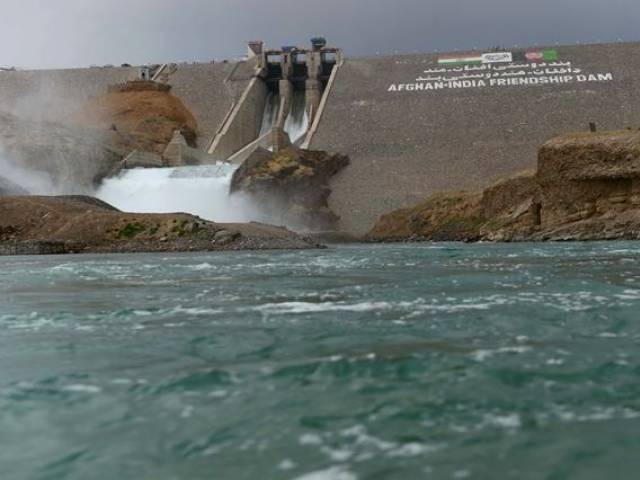 “India has invested heavily in peace and development in Afghanistan and believes that the gains of the last two decades must be preserved and the interests of minorities, women and vulnerable sections must be ensured.”

“For India, a strong, prosperous and economically independent Afghanistan is a strategic priority,” as said by former External Affairs Minister of India, Salman Khurshid reflects Afghanistan’s priority in India’s foreign policy and is vital to India’s strategic interest in the region. India and Afghanistan share a relationship that dates centuries back mostly in terms of trade in the past and in the present too combined with overall development. India is held at a very high esteem by the Afghani people who express deep affection towards the people of India.

Although from 1996 to 2001, when the Taliban captured Kabul, bilateral relations between New Delhi and Kabul came to a halt. However, since 2001, when the US-led war on terrorism pushed Taliban regime from Kabul, New Delhi re-established ties with Kabul and poured in reconstruction and development assistance in the country. By far, India’s development initiatives in Afghanistan amount to over $3 billion.

SALMA DAM: The 42MW Salma Dam located on the Hari Rud River in Chishti Sharif District of Herat Province in western Afghanistan has been India’s most expensive investment in Afghanistan. The hydropower and irrigation project, completed against many odds was inaugurated in 2016, is known as the Afghan-India Friendship Dam. Besides generating electricity, with its water storage capacity of over 640 million cubic meters and irrigation capacity of 2,00,000 acres of farmland from the Chishti Sharif district of Herat to the Zulfiqar area of the Iran Border, the dam assumes a vital function in the country’s agriculture sector.

ZARANJ-DELARAM HIGHWAY: India aided in the construction of the 218-km Zaranj-Delaram highway built by the Border Roads Organisation (BRO). Zaranj is located close to Afghanistan’s border with Iran. The $150-million highway goes along the Khash Rud river to Delaram to the northeast of Zaranj, where it connects to a ring road that links Kandahar in the south, Ghazni and Kabul in the east, Mazar-e-Sharif in the north, and Herat in the west.

This Highway is linked with Iran’s Chabahar port and provides an alternative route into landlocked Afghanistan, since India’s overt land access to Afghanistan via Pakistan usually gets blocked due to tensed relations between New Delhi and Islamabad. Therefore, the highway is of strategic importance to India. During the virtual Afghanistan Conference in November 2020, India’s External Affairs minister, S. Jaishankar, stated that ‘India transported 75,000 tonnes of wheat as part of its humanitarian assistance to strengthen food security of Afghanistan through the Chabahar port during the Covid-19 pandemic.

Over 300 Indian engineers and workers had toiled alongside Afghans to build the road. According to India’s Ministry of External Affairs report, 11 Indians and 129 Afghans lost their lives during the construction. Six of the Indians were killed in terrorist attacks; five in accidents.

PARLIAMENT: The Afghan Parliament in Kabul was built by India at $90 million. It was opened in 2015. Prime Minister Narendra Modi while inaugurating the building described it as India’s tribute to democracy in Afghanistan.

STOR PALACE: In 2009, Governments of India and Afghanistan along with the Aga Khan Development Network signed a tripartite agreement for the restoration of the Stor Palace, reviving it to its former glory. The Aga Khan Trust for Culture completed the project between 2013 and 2016. The building housed the offices of the Afghan foreign minister and the ministry until 1965. It was built in the 19th century and was the location of the signing of the historic Anglo-Afghan Agreement, also known as the Rawalpindi Agreement of 1919, through which Afghanistan gained its independence.

AIR FRIEGHT: Two air corridors Kabul-Delhi and Herat-Delhi were inaugurated in 2017. This has been critical in enhancing Afghanistan’s exports to India and has also directly benefited the farmers, small traders and exporters in the country. Both the countries aim to expand the Corridor to other cities to further boost the economy.

DEFENCE: India has supplied military hardware, four Mi-25 attack helicopters to the Afghan Air Force in 2015 and 285 military vehicles to the Afghan National Army. Personnel of the Afghan defence forces have received military and intelligence training from India.

POWER INFRASTRUTURE: India provided $111 million for the construction of the 202-km Phul-e-Khumri transmission line that provided electricity to Kabul city. It brought about 200 MW of electricity from the Timriz power project in Uzbekistan to the Afghan capital. The project involved the construction of 600 high power transmission towers from Pul-e-Khumri, north of Hindukush, to Kabul via the 13,170-feet high Salang Pass. Indian engineers were exposed to several dangers during this project, which included the hazardous task of surveying the transmission route passing through the heavily-mined Hindukush ranges on both sides of Salang that had been the site for many battles over more than 3 decades.

Other investments in Afghanistan’s Power infrastructure projects include 220 kV DC transmission line from Baghlan to the north of Kabul and installation of solar panels in several remote villages. Further, two additional power sub-stations at Doshi and Charikar were taken up to service the 220kV transmission Line from Pul-e-Khumri to Kabul that was built earlier to meet emerging demands.

SOCIAL INFRA: India invested heavily in Afghanistan’s social infrastructure. This includes heath, education and community development that include building Sulabh toilets in Kabul. Other areas of investment include agriculture, irrigation, drinking water, renewable energy, flood control, micro-hydropower, sports infrastructure, administrative infrastructure. In 2020, Minister Jaishankar announced the launch of Phase-IV of the High Impact Community Development Projects that India would undertake in Afghanistan, which envisages more than 100 projects worth US$ 80 million.

HEALTH: India took the initiative of the reconstruction of a children’s hospital it had helped build in Kabul, in 1985, named Indira Gandhi Institute for Child Health that was in shambles after the war. Since then, the hospital received constant support in terms of modern medical equipment and pharmaceuticals. Further, thousands who lost their limbs after stepping on mines left over from the war have been fitted with the Jaipur Foot. Also, many ‘Indian Medical Missions’ were sent to hold free consultation camps in several areas. Numerous clinics were built in the border provinces of Badakhshan, Balkh, Kandahar, Khost, Kunar, Nangarhar, Nimruz, Nooristan, Paktia and Paktika.India has also donated 10 ambulances for public hospitals in five cities.

EDUCATION AND CAPACITY BUILDING: India assisted in the reconstruction and renovation of Habibia School in Kabul and provides for training and maintenance of the school. A Special Scholarship Scheme of 1000 scholarships per annum to Afghan Nationals, administered by Indian Council for Cultural Relations (ICCR) and another 500 by Indian Technical and Economic Cooperation (ITEC) are successfully extended to Afghan nationals annually with 100% utilisation. The Afghanistan National Agricultural Sciences and Technology University (ANASTU) set up with India’s aid plays an important role in capacity building in agricultural sciences. In the area of skill development, India has been providing education to Afghan nationals in the field of agriculture through the Indian Council of Agricultural Research (ICAR) scholarships.

Further, India provided desks and benches for schools in various cities and played an important role in building capacity with mentoring programmes in the civil service, and training for doctors and others. So far, more than 65,000 Afghan students have also studied in India.

TRANSPORTATION AND MOBILITY: According to the MEA, India gifted 400 buses and 200 mini-buses for urban transportation, 105 utility vehicles for municipalities. Several smaller roads in the country were built with India’s assistance.

Other developmental projects include construction of the Shatoot Dam amounting to $250 million in Kabul district, which would provide safe drinking water to 2 million residents of Kabul city. India has pledged $1 million for the restoration of the 6th century Bala Hissar Fort by Aga Khan Trust in the south of Kabul, whose origins go back to the 6th century. Bala Hissar is a prominent Mughal architecture and was once the residence of Shah Jahan and was later renovated by Jahangir.

TRADE: India-Afghanistan trade has grown substantially with the establishment of the air freight corridor in 2017. In 2019-20, bilateral trade crossed $1.3 billion. The trade between the two countries was estimated at around $1 billion (in FY20). India exports approximately $900 million worth of goods, mostly pharmaceuticals, medical equipment, computers and related materials, cement, and sugar, to Afghanistan. On the other hand, it imports items, mostly fresh and dried fruits, worth $500 million.

During the virtual Afghanistan Conference in November 2020, India’s External Affairs minister highlighted that “no part of Afghanistan today is untouched by the 400 plus projects that India has undertaken in all 34 of Afghanistan’s provinces.” Towards a progressive future both for Afghanistan and the bilateral relationship with India, he stressed that, “India has invested heavily in peace and development in Afghanistan and believes that the gains of the last two decades must be preserved and the interests of minorities, women and vulnerable sections must be ensured.”