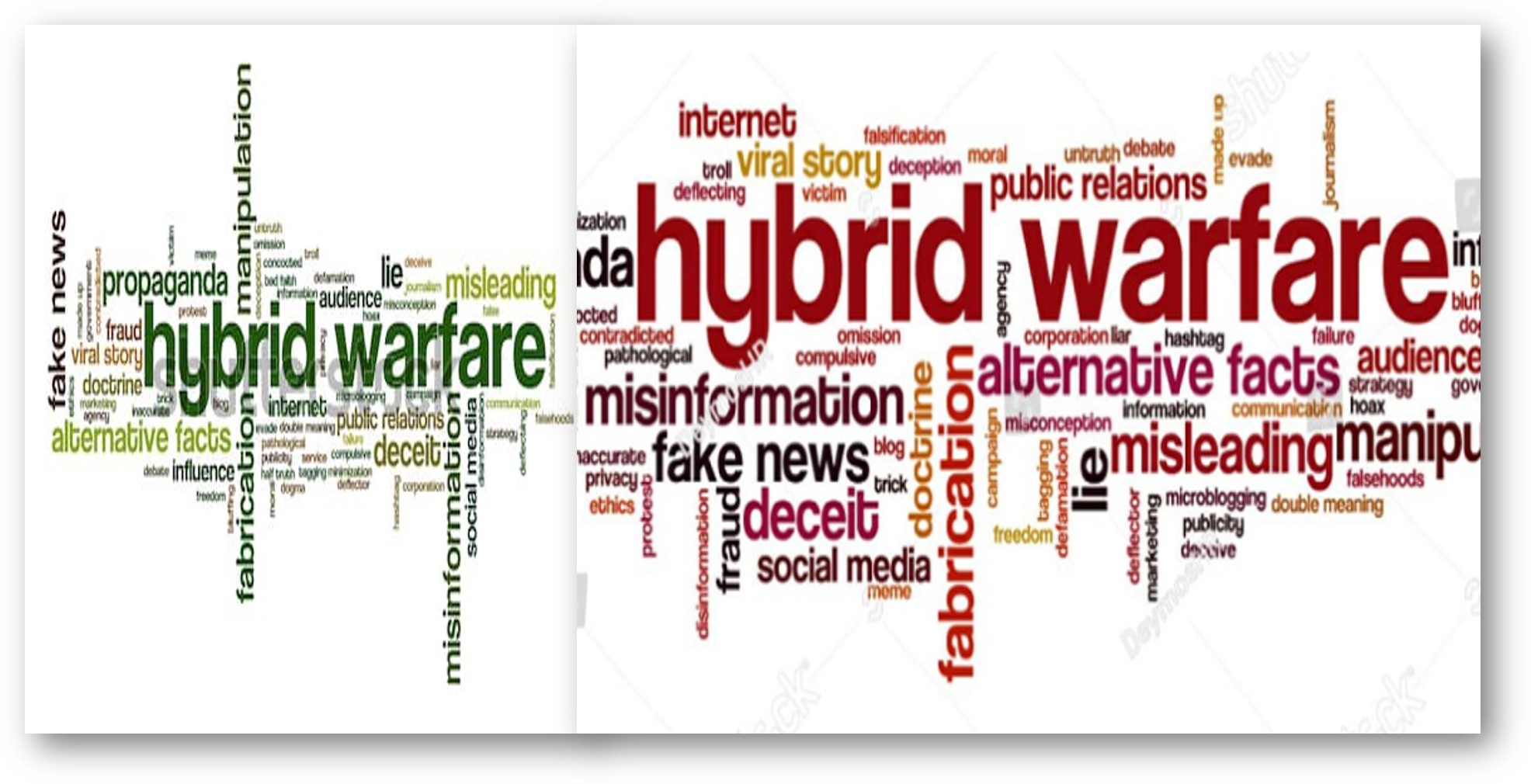 ‘The nature of war remains the same, only its character changes’. The phrase hybrid warfare’ has become the buzzword among different nations because it poses a definitional dilemma. On a comprehensive analysis of the history of wars, we come to know that in each era, the war tactics were different which evolved from first generation war to fifth-generation war. First, the term ‘hybrid warfare’ was coined in 2002 by William Nemeth, an American military official. Then in 2007, Frank Hoffman, the US national security analyst, and retired Marine infantryman defined this term for the first time as: “A full range of different modes of warfare including conventional capabilities, irregular tactics, terrorist acts, and criminal disorder to achieve political objectives.”

Hoffman well analyzed the Israel-Hezbollah war (2006). Later, some other events like the activities of ISIL in Iraq, `Russian activities in Ukraine, and The US, Indian subversive activities were witnessed. Pakistan is also being hit by India through hybrid warfare in different domains. The first time, the NATO Wales summit in 2014 adopted the ‘Hybrid warfare’ concept by accusing Russia of using hybrid warfare tactics in Ukraine (controlling narratives, cyber-attacks, use of anonymous militias, and diplomatic support). Russia called it ‘the Gerasimov doctrine’ (after the Russian military chief). Then in the next NATO summit 2016 held in Warsaw, decided to create some domains including Hybrid Fusion Cell, StartCom, and European global strategies to counter hybrid warfare. Hybrid warfare tools may be cyber-attacks, spreading Misinformation, Economic leverages, political turmoil, insurgency, and state Media.

Likewise, a general analysis of hybrid warfare gives us four phases in which it is carried out. Firstly, the aggressor uses subversive activities to destabilize the target state. Secondly, proxy war is initiated. Thirdly, the use of coercion like diplomatic isolation, psychological dilemmas, and threats to the military can be observed. Last but not the least, open use of conventional forces as the last option might be used.

According to Frank Hoffman (Paper: A conflict in the 21st century), in the Israel-Hezbollah war (2006), Hezbollah as a Non-state actor was sponsored by Iran against Israel troops. A thorough glance reveals that guerilla tactics, anti-tank missiles, communications with encrypted cell phones, and night goggles were used. Israeli troops were also kidnapped there. Similarly, the ISIL, which is a non-state actor, agitated against the Iraq military in a form of hybrid warfare.

According to the Australian Defence Journal (2018), Saudi Arabia and the United Arab Emirates have been accused of conducting hybrid warfare against Qatar during the Qatar diplomatic crisis. Furthermore, in 2019, The Tehran Times said that Iran has been targeted by hybrid warfare tactics by The USA and Saudi Arabia.

Similarly, during the 2016 US election, the US intelligence community blamed Russia for interfering in the election. In the same year 2016, Gen. Philip Breedlove told a US Senate committee that Russia was using refugees to weaken Europe and wanted to create social unrest. The Belarus refugees’ issue is in hot discussion nowadays, which reflects hybrid warfare tactics backed by Russia.

According to The Diplomat, in 2018, China has been blamed for hybrid war activities in Taiwan. It was also claimed that China is using hybrid warfare tactics in The South China Sea. The USA has been accused of conducting hybrid warfare in the Color Revolution against Russia, which was reported and well analyzed in ‘The RUSI Journal. Pakistan has been facing hybrid warfare in different domains. According to the IPRI (Islamabad policy Research Institute), India has now waged hybrid warfare against Pakistan in four domains. Firstly, campaigning against the armed forces. Secondly, social unrest, the third, propaganda on the IOK, and lastly, the CPEC.

The European Disinfo Lab has exposed the Indian hybrid war approach towards Pakistan, as the NSA Moyed Yousef highlighted this during a press conference on July 2021. In Sep 2020, COAS Gen Qamar Javed Bajwa said, “Pakistan will win the hybrid war with the help of the Nation.” Footprints of hybrid warfare by India against Pakistan can well be traced from the East Pakistan debacle in form of promotion of Mujib’s Six points, Genocide and Refugees’ narrative. Indian PM Modi during a speech in Kerala about Pakistan said, “We will isolate you and I will work for it.”

Similarly, Indian national security advisor, Ajit Doval, has confessed about subversive activities and diplomatic isolation against Pakistan. Indian Email links in cancellation of New Zealand cricket match and the FATF lobby expose India’s hybrid warfare strategies against Pakistan. In May 2015, The Indian BJP defense minister, Manohar Parrikar, openly said, ‘India will sponsor terrorism to counter-terrorism. In July 2021, President Alvi while referring to terrorist attacks on the Karachi Stock exchange, Lahore Johar Town’s Blast, Kalbushan’s Arrest, and many other activities, clearly said, “India is using Afghan soil against Pakistan for hybrid warfare.” Similarly, so many other intelligible events like Indian support for the TTP and PTM, and subversive activities sponsored by India in Balochistan and Gilgit-Baltistan are comprehensive shreds of evidence to show how India has been endeavouring to destabilize Pakistan’s internal structure.

On the whole, hybrid warfare is quite different from other conventional warfare. The DDR approach (Detect, Deter and Response) can be effective to counter hybrid war threats. New intelligence sharing pacts are supposed to be devised with other nations which can result in enough to cope. Effective cooperation among institutions will be very cardinal and substantial in this case.

Along with that, a strong national integration is required to counter subversive activities. The role of leadership and the media can secure us from political turmoil and misinformation. Detected Hybrid war events must be highlighted and revealed at international forums, as Sun Tzu said in The Art of War, “War is a moral contest. They are won in temples long before they ever fought.”