When Rulers Will Comprehend India’s Enmity Towards Pakistan 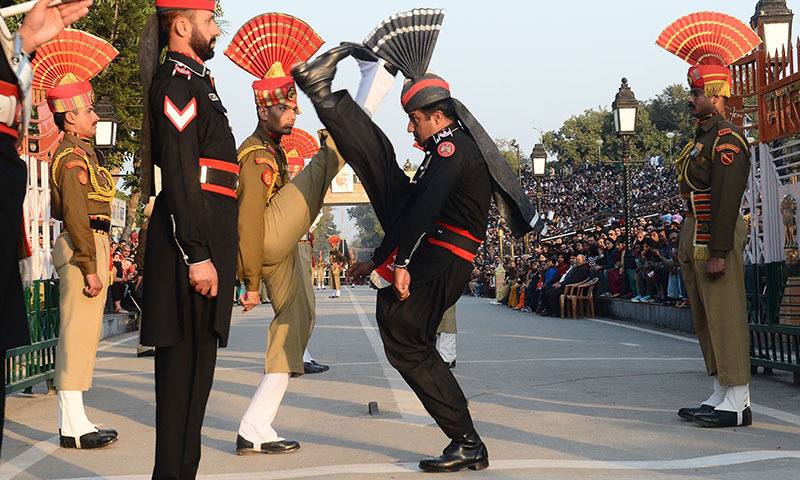 In Modi’s playbook at home, Muslims have forever secured the role of the bogeyman. On the external front, that role has been reserved for Pakistan. The populist leader has weaved both Muslims and Pakistan in almost all of his stump speeches as villains. But India is not stumbling because of its Muslim population of Pakistan. India’s greatest enemy is its populist leader, who for personal gains, is always ready to pull new shenanigans. Recently leaked transcripts of WhatsApp conversations between Arnab Goswami, one of the many hyperventilating TV anchors of India who passionately champions the Hindu nationalist cause of the ruling party, and the incarcerated head of a rating company, exposes India’s insatiable desire to malign Pakistan as the hub of terrorism in the region.

This comes as no surprise to those who have been measuring the chasm between the two countries, which has only deepened since Modi and his Hindu revivalists took power. Modi’s failure to deliver the fastest growing economy to an audience who have been waiting for India to acquire the role of a regional power will soon come back to haunt him. And without external distractions like Pulwama or the failed strikes near Balakot, the prospects for Modi’s political survival look bleak.

Pakistan’s position on the Pulwama incident proved true and India’s ugly has face once again been exposed. The WhatsApp chat between India’s notorious anchor Arnab Goswami and Pratho Das Gupta has revealed that India killed 40 of its own soldiers in Pulwama and blamed it on Pakistan and the tears shed by the Prime Minister of India Narendra Modi were crocodile tears. The conversation also revealed that Arnab Goswami was well aware of the Indian invasion of Balakot and the repeal of Article 370. Arnab Goswami had informed Pratho Das Gupta before the Balakot incident that a major operation was going to be launched against Pakistan. It is a historical and undeniable fact that the Hindu leadership of India never accepted Pakistan wholeheartedly.

It is no secret that the Hindu leadership of India believes in the idea of a united (Akhand Bharat) India. Unified India includes not only Pakistan but also Bangladesh, Sri Lanka, Maldives and Indonesia. Schools in many states of India are currently teaching a curriculum that has the concept of a united India. But India’s real enmity is with Pakistan. Unfortunately, the ruling class of Pakistan never understood India’s hatred and enmity towards Pakistan nor did it position itself against India.

Mian Nawaz Sharif emerged as pro India. Modi invited him to his swearing-in ceremony and Nawaz went to Modi’s swearing-in ceremony. When Imran Khan came to power, he also had high expectations from India. Before coming to power, he had met Narendra Modi in India and proposed a joint nuclear plant between Pakistan and India. But after coming to power, he has come to know what India is. So, he boldly likened Narendra Modi to Hitler and began to describe the Hindutva movement as Nazism. But since long, he has been silent on Modi and India. The real question is when would the ruling class of Pakistan fully understand India’s enmity towards Pakistan and fulfil its duty of effectively resisting such an enemy. The ruling class of Pakistan should understand that India’s enmity towards Pakistan is neither accidental nor temporary but it is deliberate and permanent.