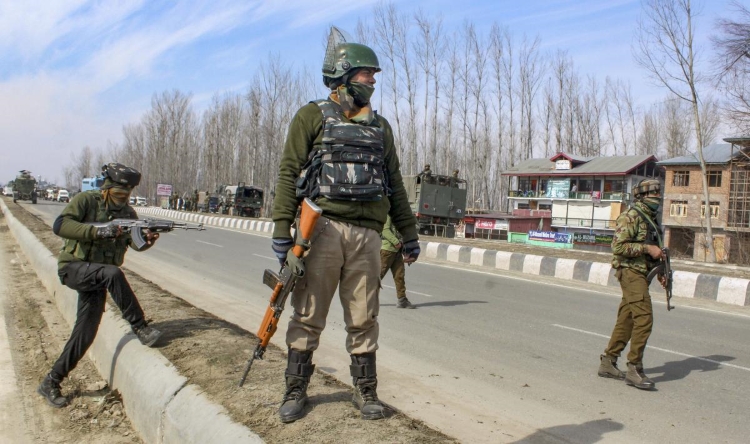 It’s important to get the context right if an appropriate analysis has to be done on the sudden deterioration of the security situation in Jammu and Kashmir (J&K). At the outset, it’s important to rest the mind because we have seen much of this before and this is not the last we have seen of attempts to reverse conflict stabilisation which is well underway in J&K.

India and its interests are very much intact but a price is being paid to retain that. We have had a spate of unfortunate targeting against members of two minority communities in Kashmir. It’s after fairly long that this has occurred, although through 30 years of sponsored proxy terrorism in J&K there have been several occasions when this has happened. I recall milestones after the holocaust-like events of January 1990; such as Wandhama (1998), Chittisinghpura (2000) and Nandimarg (2003).

The other occurrence is that almost five encounters between security forces (SF) and terror groups over two to three days have led to the loss of lives of seven terrorists and five soldiers. It’s also prudent to recall that on September 18, 2021, the fifth anniversary of the Uri attack, a terrorist group attempted to cross the Line of Control (LoC) to target potential objectives in Uri. It was thwarted and the intended ‘big ticket’ effect was prevented.

All this comes with the backdrop of a progressively improving security situation over the last two years and more, especially after the amendment of Article 370. It also refocused security efforts to stabilise the environment and deny Pakistan-sponsored terror groups and overground workers (OGWs) the leeway to operate in a calibrated way.

In recent times there was a comparative reduction in recruitment of local terrorist cadres and infiltration from Pakistan-occupied Kashmir (PoK), which reportedly diluted the strength of terrorists in Kashmir to less than 100 in number. Although street turbulence has remained almost negligible, there have been encounters between terrorists and SF in the hinterland; almost 120 terrorists have been gunned down through 2021 as compared to 225 in 2020.

In terms of integration efforts, the UT government of J&K has been working hard and bringing serious development efforts to the region. An improvement in the power situation is evident and innovations to increase horticultural produce are rife.

Tourism has received an upward tick although the pandemic yet remains an obstacle to further increase. Recent efforts at promoting patriotic fervour with symbolic gestures such as placement of the Tricolour at Hari Parbat and Gulmarg, as also Lal Chowk being lit in national colours replete with a military band display, are things not witnessed in Kashmir for long.

The above progression in the environment was cause for celebration in India but must equally be causing consternation among the deep state in Pakistan — the sponsors of the proxy war in J&K. Thirty years of investment seemed to be going up in smoke.

Yet any security analyst will tell you that these situations of normalisation and lower intensity of violence in a counter-terror environment are usually temporary. External sponsors who remain the adversaries will make every effort to retrieve and turn the situation in their favour. That happens when the networks on which terrorism relies remain intact and the counter-terrorism efforts focus solely on the elimination of terrorist cadres.

Clandestinely, OGWs run networks in the domains of financial, media, ideological, safe havens, legal and even including intellectuals, through social media, which support terror and separatism. It took us long before our agencies finally pursued these and succeeded in greatly marginalising them.

However, they still exist and more work on neutralising them will be needed. They lie low to escape the SF dragnet but raise their head on the basis of directions from across the LoC. One of those moments is upon us now for a couple of reasons.

First, the sponsors are probably conscious of the fact that Indian SF and agencies are succeeding in making the OGW, separatist and terrorist presence irrelevant. Second, with events in Afghanistan the ripple effect is bound to be felt in J&K. It’s not as if the Taliban have done some tasking but ‘seizing the moment’ is smart thinking on the part of the deep state in Pakistan.

Inspirational messaging within the Islamic world is bound to happen as a result of the perceived Islamist success in Afghanistan. Pakistan’s ISI is not waiting for the situation to develop further and knows that the strength of terrorists in J&K is limited. The situation is akin to 1991 when the ISI realised that local terrorist cadres were insufficient to sustain an effective proxy war. It had then resorted to pumping in transnational Mujahedeen who were available from the Soviet-Afghan conflict.

Similarity with the early 1990s also partially exists. In January 1990, as a hard-hitting conflict initiation measure, the deep state sponsors tasked the terrorist cadres and OGWs to target the Hindu minority with the intent of virtual ethnic cleansing, creating mayhem in society and messaging the need for Islamist convergence of interests.

A large segment of the minority population fled the Valley giving the separatists, terror groups and their sponsors the space to pursue their agenda. Over the next two decades, it attempted an ideological change in Kashmir’s thinking by introducing obscurantist Islamic practices quite alien to existing Sufi ideology. The rationale was sound; Kashmir’s Sufi ideology was too close to India’s tolerant secular approach and as long as it existed India’s hold could not be diluted.

Having witnessed all the above, is there room for dismay and are critics justified to believe that the situation is slipping from India’s hands? Securing minorities is a challenge as many reside in isolated pockets and are considered the softest targets. The Sikh population generally lives in clusters, but this does not apply to all.

Vulnerability is high but it’s a challenge the army and the police forces can surely be equal to. Sharper intelligence and a much higher quantum of domination operations will achieve both; security and proactive contact with terrorists; the early elimination of the perpetrators is a must.

More than this is a psychological campaign needed to bring out the guilt factor and motivate the majority population. Why must such negative events occur on the watch of the populace; it must declare it the duty of every Kashmiri citizen to protect a fellow Kashmiri and pursue a campaign to isolate elements that sully Kashmir’s reputed tolerant outlook. The Muslim clergy must be on board and condemnation from their side must receive the highest publicity.

There is nothing in the situation that India has not faced before and overcome with resolve. Pakistan’s desperation will convert into more frustration. Any perception in the deep state that the assumed success in Afghanistan can be exploited for furtherance in J&K needs to be appropriately countered with no restriction on choice of our strategy.