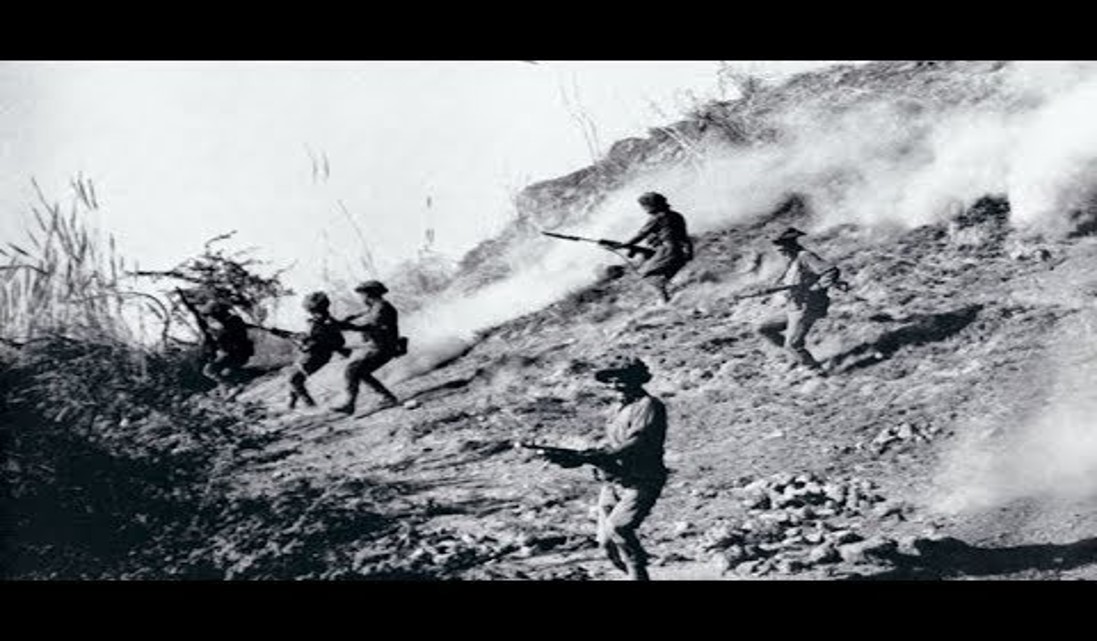 As we aware that the political leadership of both (India and Pakistan), wanted to merge all princely states to their respective nations, ( Shri Jawahar Lal Nehru) was an exception) the rulers of these princely states especially Kashmir and Jammu, (Maharaja Hari Singh), was under tremendous pressure from both (India and Pakistan) for signing accession agreement. Maharaja Hari Singh had earlier tried to avoid accession, but as threat on his life especially from the Pashtun tribals, increased, he had to run for safety to Delhi. India and Pakistan found plenty to fight over, including the status of Jammu a majority-Hindu border region and Kashmir, a majority-Muslim border region whose ruler had opted to remain with India.

Pashtun tribes supported by Pakistan army, wanted to eliminate the Maharaja of Jammu and Kashmir, who had to flee to safety to India. Under the circumstances, the Maharaja, requested for Indian military assistance but initially Mr Nehru refused. Maharaja signed an agreement, on accession of his state with India but Mr Jawahar Lala Nehru on the advice of Shekh Abdulla, forced Maharaja to add a condition to the agreement “Accession of Kashmir, subject to the will of people” Shri Jawahar Lal Nehru, by now, had bigger ambitions and he preferred international recognition over national interests.

It is pertinent to mention here that during the whole process of partition, especially the Hindu and Sikh majority regions, like Lahore and Rawalpindi, no such will/plebiscite was obtained from Punjabi Hindus & Sikhs. Maharaja had no option but to sign the amended agreement. Thereafter Government of India, recognized the accession of the princely state to India. Indian troops were sent to the state to defend it. RSS volunteers aided Indian Army in its campaign to drive out the Pathan invaders/tribals. Pakistan was of the view that the Maharaja of Kashmir had no right to call in the Indian Army, because it held that the Maharaja of Kashmir was not a hereditary ruler and was merely a British appointee, after the British defeated Ranjit Singh who ruled the area before the British conquest. There had been no such position as the “Maharaja of Kashmir” before that. Hence, Pakistan decided to take action, but the Army Chief of Pakistan General Sir Douglas Gracey

Pakistan precipitated the War a few weeks after partition by launching tribal lashkar (militia) from Waziristan in an effort to capture Kashmir, the future of which had hung in the balance due its actions. The inconclusive result of the war still affects the geopolitics of both countries. On 22 October 1947, Muslim tribal militias had crossed the border of the state, claiming that they were needed to suppress a rebellion in the southeast of the kingdom & carried out extensive violence against Hindu population while they were on the way to Kashmir region They wiped out Hindu population during their notorious combing operations on their way to Kashmir region.

The Hindus, who had survived partition violence, were once again had to face Pak government. sponsored genocide. These local tribal militias and irregular Pakistani forces moved towards Kashmir, but on reaching Uri, they encountered resistance. In the mean time as said earlier Maharaja Hari Singh had already made a plea to India for assistance, and help was offered, but it was subject to a condition. The war was initially fought by RSS volunteers backed by a few Army troops and by tribal militias from North West Frontier province (Khyber, Pakhtunkhwa) Later on General Kodendera Subayya Thimayya, a distinguished soldier & combat officer of Indian Army led Indian troops during the Indo Pak war of 1947. He was promoted to the rank of Major General in September 1947 and was then assigned the command of 4th infantry division and also to take over the Punjab Boundary Force, dealing with the exodus and intake of refugees fleeing to their respective countries.

General Thimmaya succeeded in driving the raiders and the Pakistan Army out of the Kashmir Valley. Personally leading the attack in the forward-most tank, the surprise attack on Zozila on 1 November 1948 by a brigade with Stuart Light tanks of 7th Light Cavalry , the General succeeded driving out the entrenched raiders Pakistan Army regulars and and the eventual capture of Dras Kargil and Leh, but his pleas to give him few days to to drive the raiders back to Muzaffrabad fell on deaf ears and instead, Prime Minister Jawaharlal Nehru took the issue to the United Nations, and the stupidity cost India dearly. The region became the most unstable region once, the case was taken to UN due myopic vision of the Congress leadership

Although a formal cease-fire was declared at 23:59 on the night of 1/2 January 1949, but and there were several agreements on actual line of control by Pakistan and Government of India, but Pakistan Army ensured instability of the region by resorting to cross border firing & sending terrorists to the region during subsequent years.
The region could not keep pace with the progress of development due short sighted policies of the then congress leadership.