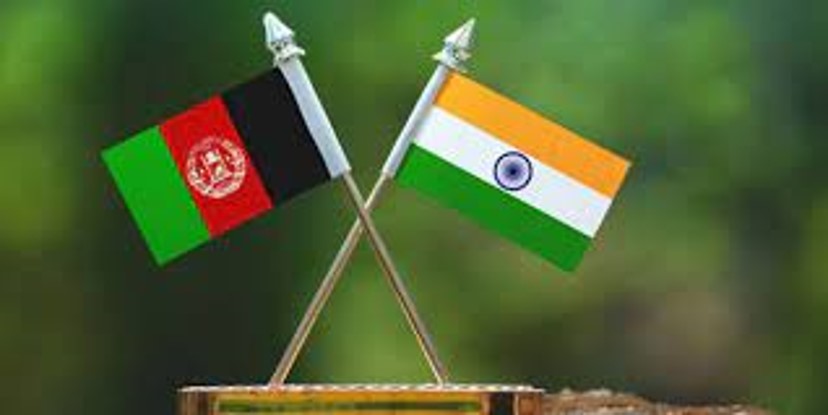 It has been almost six months since Taliban came back to power in Afghanistan. The regime is stabilizing itself steadily and with patience. It’s initial appeal to world powers for formal recognition did not receive favourable response. The past history of Taliban regime was a hindrance. But soon the world powers will voluntarily announce the recognition of the Islamic Emirate of Afghanistan (IEA).
The history of past two decades of fighting and the dramatic end of the war in August last year has changed the oft-repeated notion of the “graveyard of big powers” about Afghanistan. The Afghans had never seen the miserable exodus of its people in thousands following the fall of Kabul nor had they witnessed economic and financial crisis overtaking the country in such a frightening manner.
Economic crisis forced Kabul regime to appeal to the world community for succour to wriggle out of impending disaster. At the same time, the Taliban mounted pressure on the US to order release of its assets in foreign banks. Both developments show that the Taliban understand the importance and reality of inter-dependence of states in modern times. Inter-dependence also means conforming to fundamental norms and criteria of bilateral and multilateral relationship generally enshrined in the charter of commitments made. Understandably, no regime can live in isolation.
Taliban regime in Kabul will be accepted by the world fraternity sooner than later. Indications are already visible. The US is mulling the de-freezing of 50 per cent of Afghan assets of nearly US$ 7.0 billion which is about US$3.5 billion. There are some technical hitches in how to utilise the available funds for the welfare of the Afghan people.
Pakistan has played a distrustful role in the Afghan conundrum. From the very beginning it focussed on two objectives. One was to see that India’s footprints are no more to be seen in Afghanistan and the second was to gain strategic depth westward. Although Pakistan pretentiously said that strategic depth westward meant reducing the impact of Indian pressure on the eastern border yet it actually meant exploiting and exposing the warrior Afghan nation to the dynamics of Islamization as a joint bulwark against India.
But what has been unfolding in Afghanistan after the Taliban takeover needs to be analysed objectively. India had maintained contacts with the Taliban even when the Afghan-American strife was at its peak and later when secret talks began in Doha. Yes, at one stage the Americans, misled by Pakistani interlocutors, did bypass India. They created an impression that India’s role was not very significant in resolving the Afghan crisis. But the astute Indian foreign office refused to be intimidated.
India knows very well that the Haqqani network alone does not matter in her broad-based dealings with Afghanistan. The Afghans know, and for that matter even Pakistanis know that India is on firm ground in Afghanistan for the simple reason that India owes a historical debt of gratitude to Afghan nation. During the great Indian struggle against the colonial rule, Afghanistan gave protection to so many of our freedom fighters and saved them from being arrested by the British rulers. When our supreme soldier of freedom struggle Subhash Chandra Bose escaped from India to avoid arrest, he went to a safe haven in Afghanistan. We Indians are ethnically, historically and morally bound to Afghan nation.
Superseding the adamant outlook of many world powers, India air lifted tons of essential medicines to Kabul to replenish the depleting medical stores in hospitals. Humanism and the aching heart for the needy were the motivation for India to take the bold step. This was followed by India’s announcement of a gift of 50,000 metric tons of wheat for the famished Afghan populace. Pakistan brought in politics and soured bilateral relations as the pretext for refusing to allow passage of Indian truckloads of wheat through Pakistan to Kabul. Afghan foreign minister had to remonstrate with his Pakistani counterpart on disallowing passage of humanitarian assistance to the beleaguered Afghans.
Expression of warm thanks to Indian government by the Taliban leadership must have served a bolt from the blue to the fanatical Pakistani policy planners. It has certainly dashed to the ground their hopes of Taliban giving them overt or covert support on Kashmir issue.
But the crucial factors that will inject fresh blood into the friendship veins of the two countries are firstly India’s subtle diplomatic manoeuvres of convincing big powers that the Taliban regime has to be given recognition as a step contributing to the peace and security in the region. Secondly, India must make a categorical statement that she will in all circumstances uphold indivisibility of the Pashtun homeland. India can go a step further and propose to the international community to draw a development package for the Pashtun homeland. If peace and security are to be secured in the region and in Asia, development of Pashtunistan is the key. India should be the first to announce a hefty financial contribution to the development package under contemplation.

India need not wait for the formal recognition of Taliban regime by world powers for resumption of trade relations with Afghanistan. The connectivity through the Iranian seaport of Chahbahar needs to be streamlined. New Delhi must mount attention on removing bottlenecks in Indo-Iranian Chahbahar deal if any. It has to remain the India-Iran-Central Asia link and of vital importance. The rail link from Chabahar to Kabul and then to Afghan-Turkmenistan border is of great significance to India, Iran, Afghanistan and Turkmenistan. Connectivity enhancement in these sectors will also contain the dangerously increasing influence of China in the region through its Belt & Road initiative. If the US $3 trillion worth mineral resources of Afghanistan are to change the destiny of the entire Afghan nation (Pashtuns, Tajiks, Hazaras, Uzbeks and all other constituent groups) then the rail and road connectivity through Helmand basin should become most urgent priority of the international community and funding agencies.