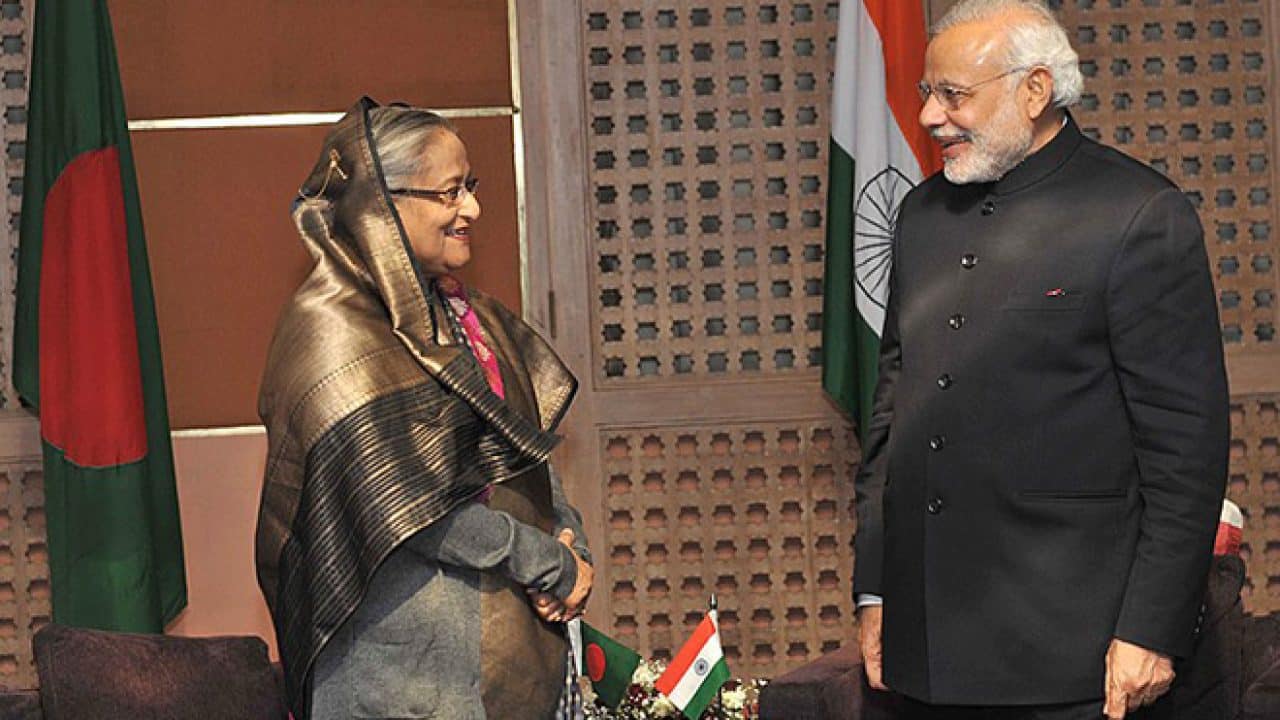 The “slave Bangladeshi nation” is slowly recognizing its “true enemy”. Slowly, the change is coming. Narendra Modi is surprised that Bangladesh, a country that would not make a road or a bridge with consulting India, is now openly saying “no” to New Delhi. Those who are concerned about the Bangladeshi model should analyse the role of the leaders running the model. In 1971, after the creation of Bangladesh, India projected it as its victory. But the leading force in that conflict, the Mukti Bahini vanished from the scene. This was a strange victory and should be called “victorious-defeat”. Bangladesh became India’s puppet with the seven-point Indo-Bangla agreement in 1972.

Lt. Col. Ziauddin Ahmed of the newly formed Bangladeshi Army could see the “hidden agenda” in the agreement and challenged it. India never wanted to lose its influence on Bangladesh. It is now trying to control Sheikh Hasina. In 1981, President Ziaur Rahman lost his life because he wanted East Pakistan to be an independent country. Under the previous BNP government, India felt it was losing its control.

Gen Moeen U Ahmed was brought in by India to take over control on 11 February 2011. This was “direct rule by India”. In December 2008, with brazen rigging, Sheikh Hasina was brought into power. Hasina was in New Delhi’s control. Experts had said by then that without firing a single bullet, India had enslaved Bangladesh. Hasina was protected from every threat. In return, Hasina was asked to ensure that there would be no anti-India activity inside Bangladesh. Subsequently, jails were filled with the opposition leaders. For 17 years, BNP leaders languished in jail on false charges.

India has assured Prime Minister Sheikh Hasina of Bangladesh that she did not face any threat to her position. Whether it was the criticism of the government, its policies, corruption or distortion of history, India has successfully blocked every opposition to her government. In the bargain, no anti-India criticism was allowed by Hasina government. Consequently, the opposition leaders were sent to prison. Three-time Prime Minister Khaleda Zia has been languishing in jail for the last almost 17 years.

The judiciary, completely under Hasina’s control, has cancelled over 10 thousand cases against members of the ruling party. Even people who express their views on social media, are picked up, including students. An engineering student was killed for writing a critical essay against Sheikh Hasina. The progress the government has achieved in some sectors have been projected as proof of success of Hasina’s rule, and the Bangladeshis are so scared and helpless that they are accepting it for the time being. But they are not fools. They know that cutting one wing of Pakistan and letting it serve India to its advantage was a big blunder.

Against this background, the recent developments signal a major shift in Bangladeshi thinking. The telephonic conversation between Imran Khan and Sheikh Hasina, and Hasina, not welcoming the Indian prime minister, are some visible elements of this change. Furthermore, China’s $32 billion investment in Bangladesh has overshadowed India’s $7 billion investment. History teaches us that no system is good or bad; what