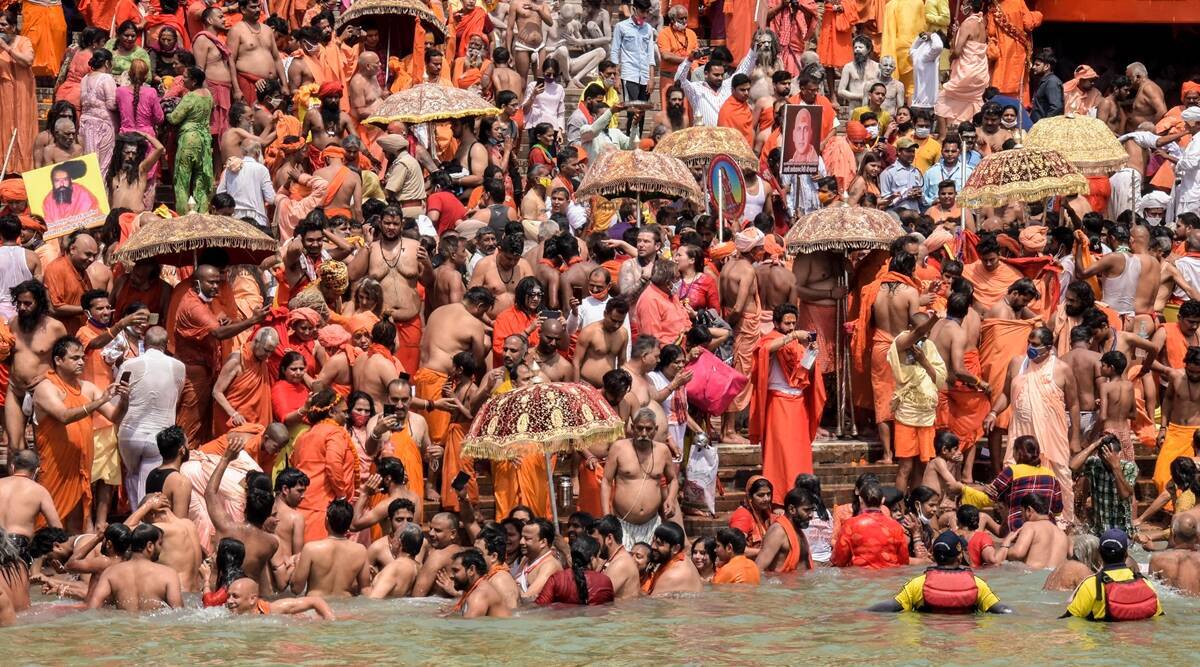 The Kumbh Mela in India takes place after every twelve years at the meeting point of the three rivers: Ganga, Jamuna, and Saraswati. Lakhs of devotees attend the mela. This year, however, the mela was organized in the wake of the Coronavirus pandemic. The Indian government did not have the courage either to cancel the mela or at least limit the number of attendees. This was allowed despite warnings from medical experts that it might cause the spread of the Coronavirus by bringing devotees from across the country together.

The prediction turned out to be true. Piles of dead bodies can be seen lying in UP, Karnataka, Maharashtra, Delhi, and Gujarat. Most cities lack ambulances to carry patients and dead bodies. Hospitals are facing an oxygen crisis. According to some reports from India, more than 2500 people die every 24 hours. Thousands die on the streets and in rural areas, which remain unaccounted for.

Indian Prime Minister Narendra Modi used Hinduism for gaining support and did not cancel the Kumbh Mela. He did not take any precautions because of which the whole country has been overtaken by the pandemic. The same Muslims that Modi has urged the Hindu majority to target are now donating plasma to their Hindu brothers in Hyderabad. As one leader in Hyderabad said, the blood of Muslims is now running in the veins of Hindus and saving their lives.

When it was required, India did not store enough vaccines. It seems Narendra Modi was busy promoting his persona wearing expensive clothes worth thousands of rupees to create a lasting image of himself. He considers himself so knowledgeable that he has even sported a long beard, to look like Nobel laureate Rabindranath Tagore. What is the comparison between Tagore, a Sufi saint, poet, and Noble laureate, and Narendra Modi!

BJP did not cancel the Kumbh Mela, mainly, to promote Hinduism. The party thought that after the mela, they would claim that the devotees were not infected even after attending the Hindu religious function. Now BJP/RSS cannot deny the mistake of having allowed the Kumbh Mela to be held during the pandemic. They do not have anything to say about it. That is why they are not responding to criticism of the international media.

Despite the fact that India claimed it had developed a vaccine, it did not carry out full vaccination of the people. It is likely because the Indian government was so busy suppressing the voice of the protesting farmers that it forgot to take appropriate measures to deal with the virus. But the ruling party in India needs to change its attitude and thinking. The example of India is in front of us. The virus continues to spread. Pakistan shares close borders with India. Since a large section of the population is yet to get the vaccination, Pakistan needs to take preventive measures.