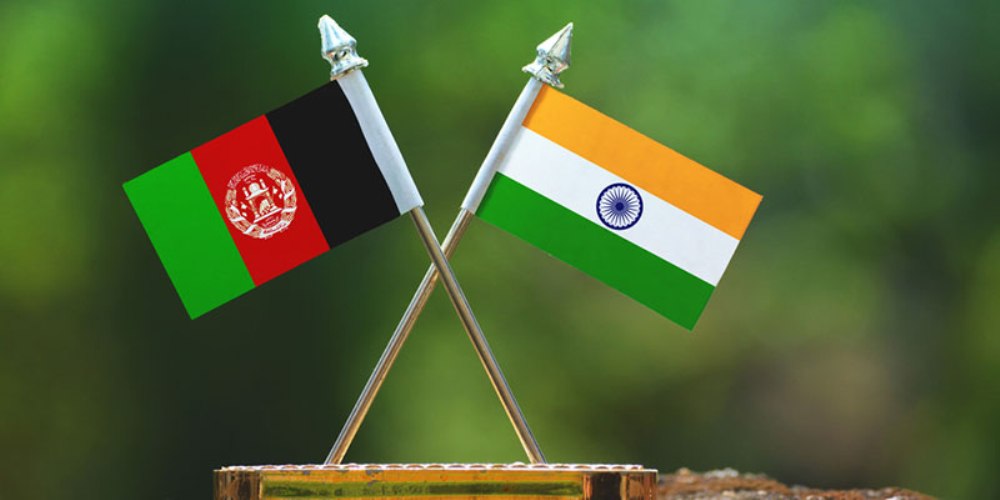 The return of the Taliban in an Afghanistan abandoned by both its fleeing President and the US forces infuses a perilous complexity into India’s strategic environment. The US’s chastened retreat, rather than withdrawal, from this embattled land-locked country of over 35 million puts the clock back to the time when the Taliban reigned between 1996 and 2001.

The Taliban, or “students” in the Pashto language, originally comprised students from the Pashtun areas of Afghanistan who were a faction of the jihadis (“holy” Islamic warriors) that were funded and armed with shoulder-launched anti-aircraft Stinger missiles by the US in the later stages of the Soviet–Afghan War that ended in 1989. Their ranks were regularized in 1994 through the madrassas (religious seminaries) of Pakistan that were largely financed by Saudi Arabia and which not only preached a hardline form of Sunni Islam, but also the handling of arms and munitions. Within two years, the Pakistan-trained Taliban gained power in Afghanistan, which they proclaimed an Islamic Emirate, while enforcing a virulent interpretation of Sharia, or Islamic law. Their hostility towards India draws from Pakistan’s historic enmity with India.

From being a vital entrepot on the Silk Road for centuries, Afghanistan has been decimated by volatile politics over the past decades. The 6,47,500 km2 mountainous country shares a 2,430 km border with Pakistan, 1,206 km with Tajikistan, 936 km with Iran, 744 km with Turkmenistan, 137 km with Uzbekistan, and 76 km border with China at its eastern neck. Though separated by the Pakistan-occupied Kashmir (PoK), India shares a 106 km border with Afghanistan, abutting the Wakhan Corridor.

The US-backed Afghan governments, on the other hand, have had close relations with India, which has been one of the largest development partners of Afghanistan, having invested over US$ 3 billion under the protective US presence since 2001. The India–Afghanistan Strategic Partnership Agreement (SPA) of 2011 further strengthened India’s commitment to assist in the rebuilding of Afghanistan’s infrastructure and institutions, as also of indigenous capacity in different areas through education and technical assistance, to invest in Afghanistan’s natural resources, provide duty-free access to the Indian market for Afghan exports, support an Afghan-led, Afghan-owned and Afghan-controlled peace process, and to advocate the need for a long-term commitment to Afghanistan by the international community. In fact, the India–Afghanistan SPA predates the US–Afghanistan SPA by a year.

Addressing the conference on Afghan peace negotiations at Doha, Qatar in September 2020, India’s External Affairs Minister S. Jaishankar said that India has completed more than 400 development projects across all the 34 provinces of Afghanistan. With the return of the Taliban, there are concerns in India over the fate of these projects, as also over any possible reversal in the bilateral relationship.

Considering Afghanistan vital to its strategic interests in the region, India has had high stakes in Afghan stability. While it had been among the majority countries that had snubbed the previous Taliban regime—which had been officially recognised only by Pakistan, Saudi Arabia and the United Arab Emirates—it has effusively supported Afghanistan ever since the overthrow of the Taliban by the US-led coalition forces in 2001.

India’s largesse has extended from schools and hospitals to dams, and road and power infrastructure. The Afghan Parliament in Kabul that it built at US$ 90 million was inaugurated in December 2015 by then President Ashraf Ghani and Prime Minister Narendra Modi, who described the building as India’s tribute to democracy in Afghanistan. Other projects include a children’s hospital in Kabul, health clinics in various provinces, the 42 MW Afghan-India Friendship Dam (earlier known as Salma Dam) in Herat province, the 202-km 220-kV transmission line from Pul-e-Khumri to Kabul, and the US$ 150 million 218-km Zaranj-Delaram highway located close to Afghanistan’s border with Iran. Six Indian personnel lost their lives in terrorist attacks during the construction of the highway.

In February 2021, India signed a memorandum of understanding (MoU) with Afghanistan for building the Lalandar (or Shatoot) Dam that would have met the drinking water needs of two million people in Kabul city, besides rejuvenating the irrigation and drainage networks.

On 15 July 2021, Pulitzer prize-winning Indian photojournalist Danish Siddiqui, working for Reuters news agency, was killed by the Taliban in their clash with Afghan special forces in Spin Boldak district of southern Kandahar province bordering Pakistan. India raised this issue at the UN Security Council (UNSC), of which it is the current President.

Indian assets in Afghanistan have also been targeted in the past by the Haqqanis, a major Taliban faction with strong links to Pakistan’s Inter-Services Intelligence (ISI). Fifty-eight people were slain in one such strike on the Indian Embassy in Kabul in July 2008.

The Taliban fomented terrorism in India through terror outfits like Lashkar-e-Taiba (LeT) and Harkat-ul-Jihad al-Islami (HuJI) that were created in Afghanistan and based in Pakistan from where they launched their terror strikes against India.

The most noticeable of such attacks was the hijacking of Indian Airlines IC-814 Kathmandu–Delhi flight by four terrorists from the Pakistan-based HuJI splinter group Harkat-ul-Mujahideen (HuM), who had commandeered the flight to Kandahar in December 1999 when the Taliban controlled Afghanistan. With Taliban backing, the HuM negotiated the release of three of its terrorists imprisoned by the Indian government. One of those released was Maulana Masood Azhar, who founded the Jaish-e-Mohammed (JeM) terrorist faction that was behind the December 2001 attack on the Indian Parliament as well as the Pulwama terror attack in February 2019 that killed 40 paramilitary soldiers.

Pakistan Prime Minister Imran Khan has endorsed Taliban’s reconquest of Afghanistan, equating it with breaking the “shackles of slavery”. “You take over the other culture and become psychologically subservient, and when that happens, please remember, it is worse than actual slavery,” Khan intoned. “It is harder to throw off the chains of cultural enslavement; what is happening in Afghanistan now, they have broken the shackles of slavery.

Even as Kabul fell to the Taliban marauders on 15 August 2021, China, Pakistan’s comrade-in-arms and India’s other adversary, expressed willingness to develop “friendly relations” with them. Chinese foreign ministry spokesperson Hua Chunying was quoted as saying, “China respects the right of the Afghan people to independently determine their own destiny and is willing to continue to develop… friendly and cooperative relations with Afghanistan.

India and Afghanistan, perforce, had to establish two air corridors—Kabul–Delhi and Herat–Delhi—as Pakistan denied India an overland route to Afghanistan. The air links helped bilateral trade touch US$ 1.4 billion, comprising US$ 900 million worth of Indian exports and US$ 500 million worth of Afghan exports. Afghan exports have mainly been fresh and dried fruit, while India’s have included pharmaceuticals, medical equipment, sugar, cement, and computers and peripherals. This trade has already vaporised with the disruption in flights.

Stressing that the events in Afghanistan “have naturally enhanced global concerns about their implications for both regional and international security”, Jaishankar told a UNSC briefing on 19 August 2021 that the world must never compromise with the evil of terrorism. Pointing to the release by Taliban of thousands of terrorist-prisoners from Afghan jails, he also indicated “heightened activities” of the Haqqani network and said that other Pakistan-based terrorist groups such as the LeT and JeM continued to operate with “impunity and encouragement. Around 5,000 to 7,000 such prisoners—many al-Qaeda extremists among them—have reportedly been released by the Taliban from Pul-e-Charkhi, Afghanistan’s largest prison located east of Kabul.

The unfolding horror in Afghanistan appears foreboding for India, as for the rest of the world, considering that a war-ravaged Afghanistan can well become a global terrorism hub under the Taliban.

Jaishankar assessed the prevailing scenario as such when he described it as “critical” while briefing an all-party meet in Parliament on 26 August 2021 that was attended by 37 leaders from 31 parties. Maintaining that evacuating Indian nationals from Afghanistan was the government’s immediate and top priority, he reportedly indicated that around 15,000 people had sought the Indian government’s assistance to leave the country. When asked about the government’s approach towards the Taliban, Jaishankar reportedly said, “Situation in Afghanistan has not settled, let it settle down.

However, all those wanting to escape the turmoil in Afghanistan, including Indians, stare at uncertainty as evacuation efforts were recently hampered by a massive suicide attack ripping through the outskirts of the Kabul international airport on 26 August. Residual US forces in charge of the airport and of the mass evacuations went on high alert after the Islamic State Khorasan Province (ISKP) claimed responsibility for the attack that killed 92 people, including 13 US service members. US officials fear more attacks by the ISKP, including possibly rockets or car bombs targeting the airport.

Given the evolving scenario, India and the international community will evidently be taking a calibrated response that will undoubtedly depend on the conduct of the Taliban.