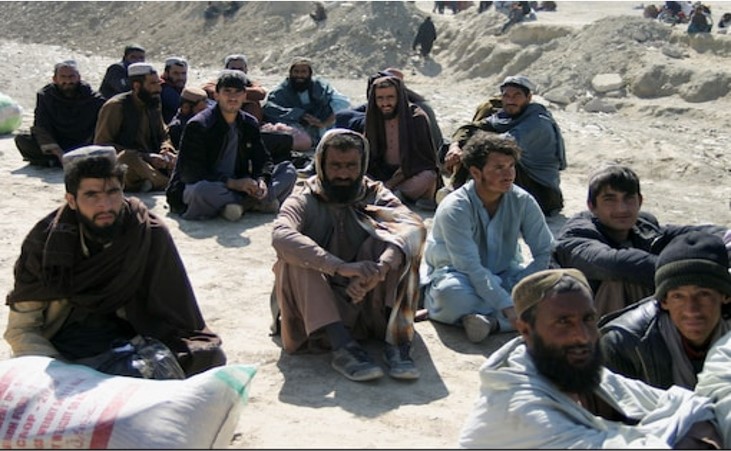 After the Taliban victory, some in Pakistan had become prone to wishful thinking that the Taliban would act as a pressure group on the TTP to limit its future offensives

The Taliban victory in August 2021 was heralded in Pakistan as having broken the “shackles of slavery”. Subsequently, as the fissures in the Taliban factions arose, the ISI moved into action and imposed an interim government in Afghanistan. With its successful campaign against the National Resistance Front in Panjshir valley, the Taliban has been able to stabilise the government even though at the cost of growing humanitarian disaster in the country. However, despite the Taliban’s success in stabilising Afghanistan, Pakistan’s much-vaunted “strategic depth” is far from getting realised.

The news of clashes between the Pakistan Army and the Taliban has become frequent. Many of these incidents have involved artillery fires across the border, dismantling Pakistan’s checkpoints on the Afghanistan-Pakistan border, and growing terrorist attacks by Tehreek-e-Taliban Pakistan (TTP).

On February 6, five Pakistani soldiers were killed in Kurram district in Khyber Pakhtunkhwa province in a cross-border firing from Afghanistan. The statement released by the Inter-Services Public Relations (ISPR) after the incident said that “terrorists from inside Afghanistan, across the international border, opened fire on Pakistani troops”. It also condemned “the use of Afghan soil by terrorists for activities against Pakistan” and expected that the “interim Afghan government will not allow the conduct of such activities against Pakistan in future”. The statement highlighted the growing concern about the use of Afghan territory for terrorist operations in Pakistan. With this, Pakistan became the first country to accuse the Afghan Taliban of harbouring terrorists.

After the Taliban victory, some in Pakistan had become prone to wishful thinking that the Taliban would act as a pressure group on the TTP to limit its future offensives. The presence of Sirajuddin Haqqani as the Minister for Interior in the interim government had also furthered these hopes. Consequently, with the mediation of Sirajuddin, a month-long ceasefire was announced in November 2021. However, Pakistan’s refusal to release the top commanders of the TTP ultimately led to the collapse of the ceasefire in December. Since then, the TTP has resumed its attacks on Pakistan’s military forces. According to a Pakistan Institute for Peace Studies report, 207 terrorist attacks took place in Pakistan in 2021, leading to a loss of 335 lives. These attacks marked an increase of 42 per cent from 2020. The TTP itself claimed 282 attacks in 2021 and an additional 42 attacks in January 2022, after the end of the ceasefire.

Among the most contentious elements of the TTP demand have been the group’s insistence on imposing Sharia in Pakistan and opening its political office in a third country. Particularly, the insistence on opening a political office in another country shows that the TTP is seeking to mimic the Afghan Taliban’s Doha experiment. In future negotiations, this will remain a prominent sticking point between the two sides.

THE DISPUTED DURAND LINE
The issue of the Durand Line is also emerging as one of the most significant conflicts between the two countries. In a January interview to a YouTube channel, Afghan Deputy Information Minister and Chief Spokesman Zabihullah Mujahid claimed that the fencing of the Durand Line by Pakistan is tantamount to “dividing a nation”. Zabihullah’s statement came in the aftermath of the social media videos that emerged in December 2021 showing the Taliban forces dismantling the fencing in Nangarhar province. Terming the border fence “illegal”, Afghan Defence Ministry Spokesman Enayatullah Khwarazmi said the Taliban forces stopped the Pakistani military from erecting the border fence.

The nation referred to by Zabihullah was the historical nation of Pashtuns, the biggest ethnic group in Afghanistan, divided by the British Empire in 1893. The Afghan Taliban’s identification of the Durand Line as a national issue implies that Islamabad’s attempts to fence the disputed border would continue to be resisted.

As Taliban’s Deputy Minister of Foreign Affairs Sher Mohammad Abbas Stanikzai claimed, “The Durand Line is an issue of the whole nation, not the government. It doesn’t belong to the government. We will give the responsibility to the nation, so the nation will make the decision.”

The disputed nature of the Durand Line creates a structural disconnect between the governments of Pakistan and Afghanistan. The adoption of a “nationalist” framework in Taliban politics will also impact the fortunes of ISI’s “veritable arm” – the Haqqani Network. After the Taliban takeover in August 2021, the ISI intervention quelled the factional rivalry and secured prominent positions for its allies in the Haqqani Network. The selection of Sirajuddin Haqqani as the Minister of Interior was among the most prominent positions allocated to the Haqqani Network. However, the resurgence of the Durand Line dispute and the associated nationalist Pashtun discourse would limit Sirajuddin’s influence on Pakistan’s strategic fortunes in Afghanistan. The reports of the arrests of Pakistani soldiers even in the Haqqani stronghold of Paktika province are an important pointer in this direction.

The nationalist turn of the Taliban indicates that much like the past Afghan governments, the issue of the Durand Line will continue to haunt the Afghanistan-Pakistan relationship. In this regard, ISI’s decades of jihadi investments in the Haqqani Network to acquire influence in Afghanistan will become helpful for Pakistan. Also, Pakistan’s need to bring the TTP to the negotiating table makes the support of the Haqqani Network quite indispensable. With a range of licit and illicit business interests in Pakistan and the deep-rooted backing for the ISI’s Islamisation project, Sirajuddin is likely to follow his masters in Islamabad.

Nonetheless, the pressure on the Haqqani Network to stand with the Pashtun nation will gradually increase and limit Sirajuddin’s ability to extend Islamabad’s influence in Afghanistan. Since the Afghan Taliban’s push against the TTP could provoke defections to the Islamic State, it is unlikely that the group would be in a position to fulfil its assurances to Pakistan. Thus, the rise of Pashtun nationalism among the Taliban and the TTP insurgency in Pakistan will make Islamabad pay the cost of gaining its strategic depth. This will become particularly true as the Taliban gradually wean away from the ISI’s control.

The growing challenge to the writ of the Pakistani state suggests that rather than the supposed strategic fortunes emanating from the Taliban victory, it is the deterioration of Islamabad’s strategic environment that will dictate the course of Pakistan-Afghanistan relations.