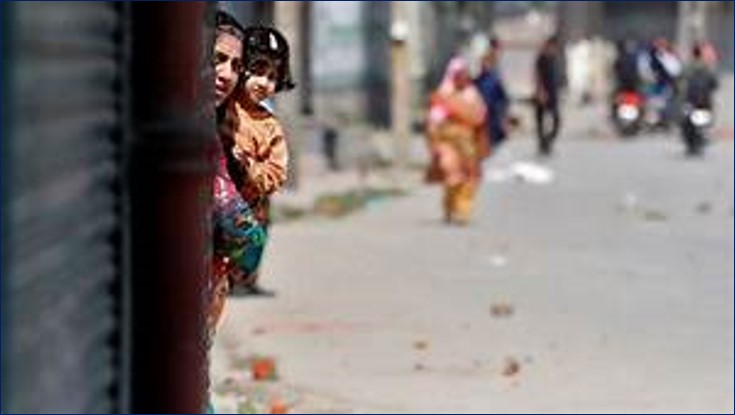 Pakistan has destroyed countless young Kashmiri generations through their relentless acts of terrorism. Untold graves have been dug over the years, and our precious human resource, which could have contributed towards building the nation, has been destroyed and mercilessly snatched away from us. In the recent past, India has successfully cornered Pakistan by effectively tackling terrorism. In fact, approximately 350 terrorists have been eliminated in the last two years in Jammu and Kashmir. Moreover, terror financing and hawala—the sources that sustain Pakistani-sponsored terrorism in J&K are under assault. The flamboyant 2019 Balakot operation and surgical strikes conducted by India also sent a firm message to Pakistan that their terror activities on Indian soil will be strongly retaliated.

Now, Pakistan has shifted gears towards digital warfare. The country has begun leveraging educated intellectuals and journalists in Kashmir, who act as their intellectual over ground workers or OGWs. These individuals spread anti-India hatred among Kashmiris with their writings and insidious mindset. These intellectuals have not shied away from getting innocents killed by creating a hostile atmosphere against them using their write-ups, Op-eds and social media posts. They use critical situations to create false narratives and spread them in Kashmir, giving rise to dangerous consequences where law, order and the overall peace in India are threatened.

For instance, recently, when pro-Pakistani separatist Syed Ali Shah Geelani died, these intellectual OGWs created a narrative among the masses that police had prohibited his last rites. Truth became the ultimate casualty as these rumours spread like wildfire and were accepted by Kashmiris as the absolute truth. The reality, on the other hand, was that last rites of Geelani were conducted as per the long-standing rituals. The J&K Police even released the videos of the last rites on their social media handles. These intellectual OGWs took advantage of the passing of this separatist to build a false narrative to further radicalise the common Kashmiri youth and pave the way for them to either pick up arms or participate in anti-national activities that could prove fatal for them. Similarly, these OGWs frequently post stories about some prominent journalists, writers and news houses, branding them as agents of the Government of India just because they present the truth and facts before Kashmiris. By fabricating stories against them, they jeopardise their lives and make them a target for Pakistani terrorists.

In July 2021, the J&K Police busted a white-collar terrorist syndicate operating an online blog. They arrested five people in addition to seizing several devices used in preparing a ‘hit list’ of government officers, journalists, social activists, lawyers and potential functionaries. A senior police official claimed that this syndicate had designed a modus operandi wherein the victim’s name was published. S/he was then profiled, giving detailed information on how and why they could be a legitimate target for Pakistani terrorists. Subsequently, their actual elimination was carried out by Pakistani-sponsored terrorists. This syndicate was working to further sustain terrorist activities in Kashmir through intellectual and digital means.

It is strongly believed that Shujaat Bukhari, advocate Babar Qadri and many others became the victims of similar acts of digital terrorism. These intellectual OGWs work with an agenda of converting the entire Valley into an autocratic region. Before any sane voice could tell the truth, they want to silence them by getting them killed.

It is the need of the hour for the J&K government to act more strictly against these intellectual OGWs of terrorists. Freedom of speech and expression is the beauty of the Indian democracy and Constitution. Under its garb, intellectual OGWs of Pakistani terror factories and agencies cannot be allowed to dig more innocent graves in Kashmir. The international community must also keep a watch on their content and regularise the same in the interest of global peace and order. Pakistan’s propaganda machinery must be given a taste of their own medicine, putting an end to their shamefully manufactured narratives and planted content to radicalise the common innocent youth of Kashmir.