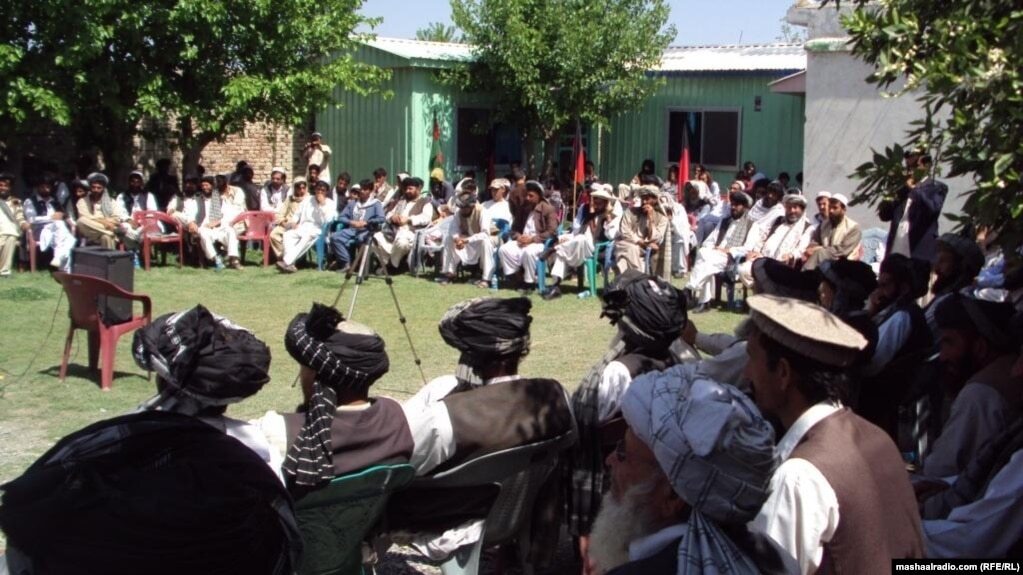 Mohammad Ayaz lost two family members last summer in a clash with a rival family over an irrigation channel in southeastern Afghanistan.

Ayaz lives near Gardez, the capital of Afghanistan’s southeastern Paktia Province. He says he lost his son and nephew in the July clash while two of his brothers and a nephew were severely injured. “One of them lost his kidney while the other was crippled when his leg was amputated,” he said.

He says local authorities failed to act a month earlier when he requested protection from a powerful rival family in his village. His real troubles began, however, after his case made it to a local court in Gardez.

“The judges asked me for a Toyota Corolla car and a $20,000 bribe to favor me in the case, but I am too poor to pay such money,” he said while explaining how several members of his family are still detained despite suffering injuries. “How can I expect justice now?”

Judges in Gardez refused to talk to Radio Free Afghanistan to discuss specific cases or even comment generally. Local attorneys and administrative officials, however, reject the widespread view that Afghan courts are either inefficient or corrupt. Many Afghans, especially those in Paktia and other southeastern provinces, still prefer settling disputes by tribal laws despite the international community spending hundreds of millions of dollars in aid to resurrect the Afghan judiciary.

In Loya Paktia or Greater Paktia, which includes the provinces of Paktia, Paktika, and Khost, most of the region’s predominant Pashtun residents maintain that they trust the local tribal leaders administering traditional laws in informal tribal councils over government courts.

Unlike many litigants in state courts, many of those who turn to tribal law say they are happy with their choice. Mukhlis Ahmadzai, another Paktia resident, says the tribal justice system saved him when he accidentally killed a child with his car.

Ahmadzai says that while attending to the injured child, he informed his family and friends instead of reporting the incident to the police. By the time he took the child’s body to his house, his family had mobilized a tribal jirga and organized a “nanawati” or ritualized form of seeking forgiveness. It involves the sacrifice of goats and sheep at someone’s doorstep to seek forgiveness for a crime, mistake, or transgression.

“They accepted our apology and absolved us of murder,” he said. “God bless them, they were very nice people.”

Pashtun customary laws are unwritten codes and practices. Their essence is informed by Pashtunwali, a collection of ideal behaviors, codes, and aspirations, but their local practice is determined by precedents, ecology, history, and collective decisions within a tribal, clan, or region. Communities, particularly those in the Pashtun heartland straddling Pakistan and Afghanistan, follow “narkh” or local versions of Pashtun customary laws.

Kausar Zadran, a tribal leader in Paktia, often takes part in tribal councils arbitrating disputes in light of narkh. He says people prefer the Pashtun courts because resolutions are swifter.

“We decide more than 90 percent of our cases in the light of tribal traditions and laws,” he told Radio Free Afghanistan. “We take the rest to state courts because they somehow involve the government and the state [and cannot be solved within the local communities].”

Gulnawar Khan Zadran, another tribal leader in Paktia, says they resolved a land dispute in the village of Said Khel by invoking customary laws.

“Four of us intervened in the dispute after they had exhausted each other by engaging in a violent blood feud for years,” he told Radio Free Afghanistan. “We secured their agreement for arbitration and were able to resolve the dispute within a week.”

“We even got the local government administrator to back our arbitration,” he added. “We were able to solve a complex problem through customary laws.”

Javed Himat, a lawyer in Gardez, says invoking customary laws in criminal cases is illegal under the current Afghan legislation. He says the government courts are not corrupt, despite claims to the contrary.

“Obviously every court case will favor one party over the other or hold someone guilty while exonerating others,” he told Radio Free Afghanistan. “We have not seen any evidence of corruption in the courts.”

Himat acknowledges that most family issues and financial and land disputes across Paktia are still being resolved by informal tribal courts.

“The tribal councils have an important role in swiftly resolving disputes,” he noted. “They are more prevalent in remote regions outside the government control, but in regions controlled by the government people are increasingly turning to the judiciary and other state organs.”

Grappling with mounting Taliban violence while fighting for its survival in the wake of a possible departure of U.S. and international troops this year, Kabul isn’t prioritizing justice at the state court level and has barely debated the issue.

Senior Afghan officials in Kabul and across greater Paktia have been known to romanticize the region’s tribal heritage by calling it the land of the jirgas. But activists and legal experts question whether the government is willing or able to establish the rule of law by overpowering tribal laws, some of which contradict the human rights protections guaranteed by the Afghan constitution.

Paktia Governor Mohammad Haleem Fidai, however, says gradual progress is being made and the government courts are slowly replacing the tribal councils in legal disputes.

“During the past one year we courts have resolved more than 1,100 cases,” he said. “Court cases take more time because all cases have to go through various tiers to ensure that justice is dispensed properly.”

For those in Paktia, however, it may be years if not decades before the Afghan courts gain the trust of residents and truly take over the role of dispensing justice.