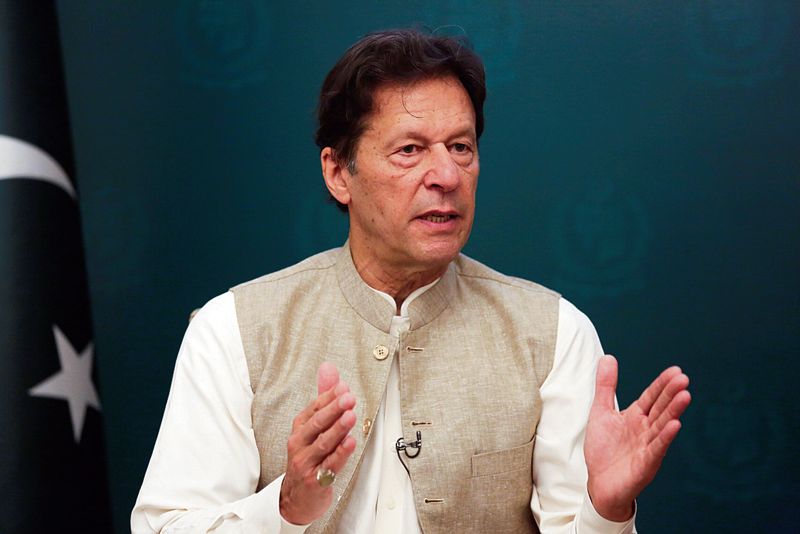 Yet again, Pakistan’s former Prime Minister Imran Khan on Saturday, November 19 praised the foreign policy of India, describing it as independent and free. Even though India won freedom with Pakistan, the PTI leader stated in a virtual speech during his long march that Indian foreign policy remained independent since the nation stuck by its choice to purchase oil from Russia despite objections from the US.

During his rally in Islamabad’s Rawat area, the Pakistan Tehreek-e-Insaf chief said, “I must take the example of India. The country became free along with us and now look at its foreign policy. It pursues a free and independent foreign policy. India stood by its decision, saying that they will buy oil from Russia,” ANI reported.

In the midst of the ongoing Russia-Ukraine war, Khan praised New Delhi for choosing to buy Russian oil in accordance with its country’s interests despite pressure from the West. Khan said, “India and the US are QUAD allies but it has still decided to purchase oil from Russia in the interest of its citizens.”

Furthermore, Imran Khan criticised the PM Shehbaz Sharif-led coalition’s government, claiming that it has been nearly seven months since the administration is governing and still the nation has been facing severe economic and political problems. Imran remarked, adding that he wants the Pakistani government to make choices with the interests and advantages of the population in mind.

It is pertinent to mention that this is not the first time the former Pakistani Prime Minister praised India. Earlier, in the month of October, the head of PTI complimented India’s foreign policy, stating that while Islamabad was a slave to the West because it couldn’t make brave decisions for the benefit of its people, India was able to acquire oil from Russia at pleasure.

Highlighting it, he said, “The decisions of this nation must be made inside the nation. If Russia is giving cheap oil and if I have the choice to save my countrymen, no one should ask us. No one should be able to tell us. India can take oil from Russia but the slave Pakistanis are not allowed. I want to see a free country,” ANI reported.

Besides this, in March, Imran Khan complimented India’s foreign policy in reference to its choice to acquire oil from Russia and asserted that New Delhi’s move is for the good of its people. Imran Khan acknowledged that India’s foreign policy is independent and centred on enhancing people’s lives during a public gathering earlier in March in the Khyber Pakhtunkhwa region of Malakand.