Importance of Gilgit-Baltistan for Pakistan 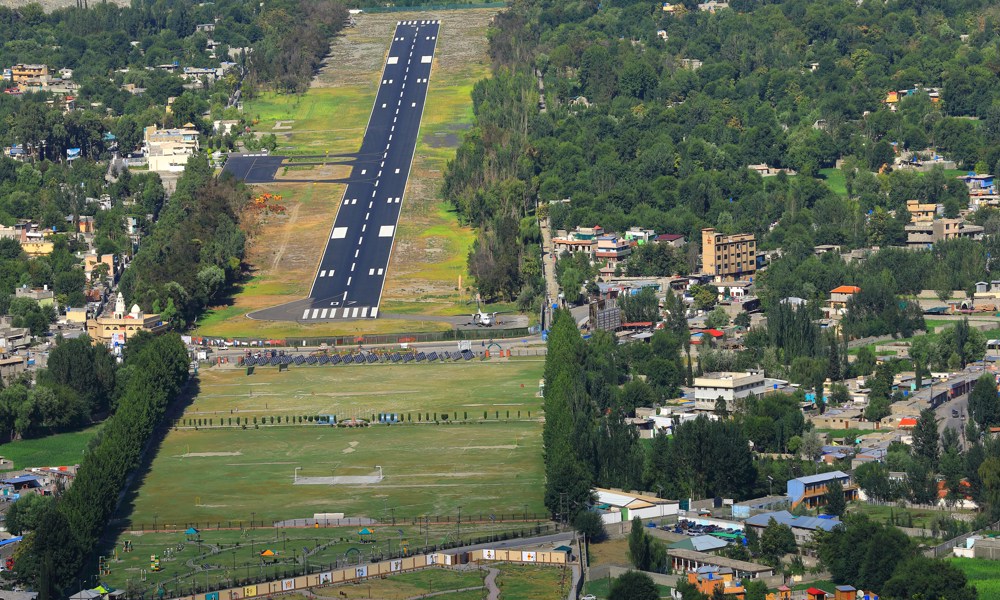 The region is bounded in the north by Wakhan strip (Afghanistan) and the Xinjiang province of China and on the south and south-east by Indian Occupied Kashmir and the west by Chitral (KPK). The region is covered with lofty snow-clad mountains intersected by valleys. On the north is Hindukush separating Ishkuman and Yasin valley from Wakhan corridor. The highest peak is Tirich Mir (25289 feet) in Chitral. The Pamirs join Hindukush near the point where borders of Pakistan, China and Afghanistan meet. On the further east are the Muztagh mountains of Karakoram and the southern boundary of Karakoram is formed west to east by Gilgit, Indus and Shyok Rivers which separates the range from Himalaya. The highest peak is K2 (28251 feet) followed by Gasherbrum, Broad peak, Rakaposhi and Mashabrum.

The eastern part of Himalaya is located in Pakistan and the highest mountain is Nanga Parbat (26620 feet). Five of the world’s fourteen mountains taller than 8000 meters (26000 feet) are in Pakistan (Gilgit Baltistan) and four are near Concordia in the Baltoro. The century-long rivalry between Russia and British India for the control of Central Asian States is known as a great game. John Keay has discussed part of the great game played in Gilgit is his book “The Gilgit Game”. Gilgit was considered a gateway to India, the fulcrum of Asia and the safety of British India depended on these frontiers.

The British were desperate to make sure that their northern border was clear so that Russian could not sneak down through Pamirs and Hindukush into Chitral and Gilgit. Lord Curzon visited this inaccessible area even before becoming viceroy of India. Field Marshal Kitchener Commander in Chief of Indian army also visited Gilgit to get first-hand knowledge after a visit of Hunza by a Russian military officer. Today, again, Gilgit-Baltistan has become a centre of the new great game played by India, USA and Afghanistan with the start of CPEC. The US defence secretary while appearing before Senate and House Armed Services Panel informed them that CPEC passes through disputed territory.

The longest river of Pakistan, Indus originates from Manasarowar lake in Tibet. It flows through Tibet, Ladakh, Skardu, Gilgit and to Terbella. The distance from its source to Skardu is 620 miles. The Terbella Dam, the largest earth-filled dam is constructed on Indus. The river Indus is the main source of agriculture, food and irrigation system especially the breadbasket of province Punjab and Sindh. There are some of the important passes which link Gilgit Baltistan with China, Afghanistan and Indian Occupied Kashmir. Kilk pass, Mintaka pass, Khunjerab pass, Shimshal pass, Muztagh pass and Karakoram pass links Pakistan with China.

India started occupying key peaks in April 1984 in a major airborne operation called Meghdoot. From Indian occupation sites the terrain slopes downs to position held by Pak army and leads to major towns in Baltistan. The Indians are afraid that if Pakistan controls further heights then the Indian line of supply to Ladakh and Kargil would be threatened. The Gilgit Baltistan is famous for its magnificent glaciers and these glaciers feed rivers (River Indus) that accounts for 75 percent of the stored water supply in the country. Some important glaciers and largest outside polar regions are located in Gilgit Baltistan namely Baltoro (63 Km long), Batura (57 km), Biafo (67 km), Hispar (61 km) and many more. The Karakoram possess 40 glaciers alone.

Historically Gilgit-Baltistan was connected with China through one of the Silk Road. One route passed through Muztagh river to Shimshal and to Hunza. Another route originated from Tashkurgar either to Wakhan or to Khunjerab. An important link was across Kilk Mintaka passes to Misger, and Hunza. The Silk Road has now been replaced by Karakoram Highway, the eighth wonder of the world and its construction was completed in 1979. The importance of Gilgit Baltistan increased initially with the construction Karakoram Highway (KKH) and now with the start of CPEC. The distance from Gwadar to Khunjerab is 2463 kilometres and the Gwadar port will save at least more than 16000 kilometres of distance for China. Gilgit Baltistan holds a pivotal position in this project as it is the gateway to CPEC. The CPEC covers almost 500 kilometres in Gilgit Baltistan, therefore the success of CPEC depends on Gilgit, the gateway.

The location of Diamer-Basha dam on Indus River is 40 kilometres downstream of Chilas. It is considered as one of the biggest ever public sector project undertaken in Pakistan. On completion Diamer-Basha dam it will provide 4500 megawatts hydropower electricity to the main grid. It will have the capacity to store an extra 8500000 acre-feet of water for irrigation. The people of Gilgit Baltistan have close religious, ethnic and linguistic ties with the people of Kargil (occupied Kashmir). The majority of the population in the district are Muslims of Balti origin. The main languages are Balti in Kargil and Shina in Dras. During the liberation war of 1948, the liberation forces captured Kargil and Dras.

The area was re-occupied by the Indian army when the liberation forces have retreated to Olding for regrouping when a ceasefire was announced. Today the Pakistan Army has strategic superiority in the Kargil sector where it threatens the Indian line of communication to Siachen. The Deosai plain in Baltistan is located 30 kilometres from Skardu. It is the second-highest plateau in the world having an area of 3000 square kilometres. The average elevation is 3500 meters and covered with snow most of the time. According to media reports in the 60s the Americans were interested in establishing one of their bases here.

Gilgit Baltistan is blessed with a variety of attraction like mountains, Deosai plateau, lakes, Karakoram Highway, glaciers, deserts, forests, flora and fauna, heritage, culture and traditions. In the year 2017 over 1.72 million tourists visited Gilgit Baltistan and this year it is expected of 2.5 million tourists. Tourism if properly organized can become an important source of revenue generation. The people of Gilgit-Baltistan are great warriors which are evident from the earlier wars fought among themselves and later against Dogras, the British and Indian army. It was the coup staged by Gilgit scouts in favour of Pakistan on the night of 31 October 1947. In the morning of 01 November 1947, the Dogra governor Brigadier Ghansara Singh surrendered to Gilgit Scouts and Pakistan’s flag was raised.

Gilgit Scouts, later become Northern Light Infantry (NLI) as part of civil armed forces. In 1999 it was because of their outstanding performance during the Kargil war, the NLI regiment was given the status of regular infantry. The soldiers of Gilgit-Baltistan are taken as best warriors who proved their mettle during 1948, 1965, 1971, Siachen conflict, Kargil war and the war on terror. Lalik Jan, the recipient of Nishan Haider is the son of Gilgit Baltistan. People of Gilgit Baltistan are a true patriot who loves Pakistan more than any other common Pakistani. It is because of this love for Pakistan and Islam after liberation, people of Gilgit Baltistan asked the government of Pakistan to take control of the region.

There is a small group of sub-nationalist who does not enjoy any significant support in the area however they are exploiting the issue of constitutional status by polluting and instigating the minds of the young generation. After independence successive government introduced different packages to bring the area to the mainstream. However, these packages have not come up to the expectation of people of Gilgit Baltistan. The people of Gilgit Baltistan want their identity with Pakistan. This can be done by giving a provisional status of province linking it with the final settlement of Kashmir issue.