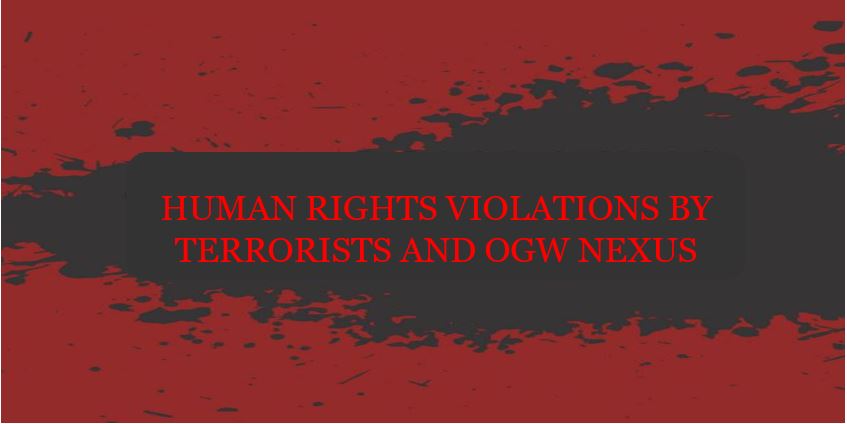 SRINAGAR: Besides from other rights, there is most important “the right to life”, that is protected under various laws of our constitution and human rights treaties, and it is considered as the supreme right where it becomes mandatory to protect the right to life of every individual and it is an obligation on government to take appropriate and necessary steps to safeguard the lives of those within their jurisdiction, at the same time miscreants of different nature violated human rights from time to time for their personal gains and there is a strong nexus between different anti national groups to disrupt peace and harmony, and many a times their nefarious designs were challenged and with the result today we see many changes on the ground.

One can understand that, human rights are universal values and legal guarantees that protect individuals and groups against any well planned theory of anti-national elements like terrorists. It gives fundamental freedoms, entitlements and human dignity to an individual, and the full spectrum of human rights involves respect for, and protection and fulfilment of, civil, cultural, economic, political and social rights, as well as the right to development. Human rights belong inherently to all human beings whatsoever.

However when we talk of the human rights violations, or nexus between terrorists and Over Ground Workers (OGWs) in J&K, than it is altogether a different debatable topic as in past few years, we have been witnessing that, militancy erupted in Jammu and Kashmir in 1989, when common masses were befooled and promised by few sections of terrorists groups by showing stars and moon can be brought down if they provide them logistic and moral support of which our Kashmir brethren (Pandits) were targeted and compelled to leave the erstwhile state in distress and agony for which they are still reaping their deeds, and nothing has yielded fruitful results so far with which many sectors including education and development suffered like anything.

Undoubtedly, we believe that various repressive measures have been used so far by terrorists and their ‘spoon feeders’ like over ground workers who helped them in one or the other way to disrupt peace and they not only stifled the voices like thousands of political, religious leaders, human rights defenders, journalists, minorities, civil society members and other famous personalities in Kashmir.

Here terrorism refers to acts of violence that target civilians in the pursuit of political or ideological gains. Their criminal acts intended or calculated to provoke a state of terror in the general public, and their actions are being considered as an unjustifiable, even though these terrorists invoked local youth and some sections of miscreants like of OGWs to adapt the wrong paths for which they are dealt with iron hands by the security agencies from time to time.

These over ground workers (OGWs) are people who help terrorists as there is a nexus between them like logistical support, cash, shelter, and other infrastructure with which armed groups and insurgency movements are fighting for a long time. Now people hardly support their movements. They want peace and development, they want to compete and excel their skills in different sectors that can change the map of their understanding as they know that instead of guns, pens can bring revolution and history can be rewritten in the form of development.