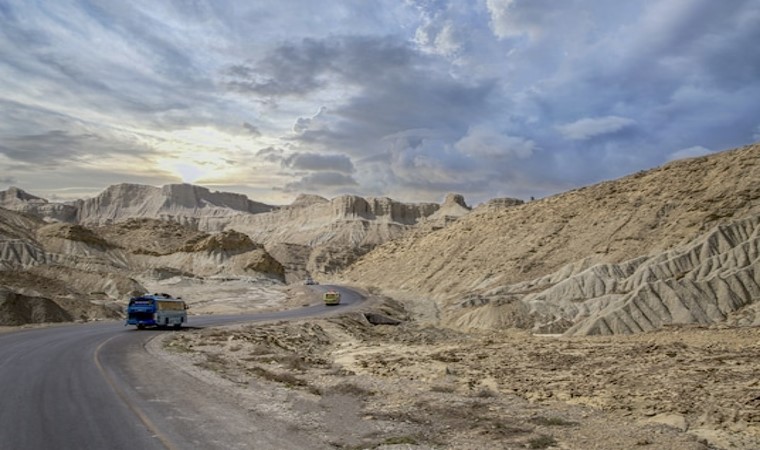 The disappearances and killings of Baloch activists living in Pakistan and abroad under mysterious circumstances have made headlines in recent years. The surge in cases relating to these “enforced disappearances” highlights the urgency for Pakistan to resolve the grievances felt by the people of the region as it tries to forge an identity away from the US and looks to China for its future growth.

On December 20, 2020, on a winter day during the pandemic, 37-year-old Karima Baloch, a Pakistani Baloch human rights activist living in exile in Canada, apparently decided to take a stroll along the Toronto waterfront at Center Island—a tourist area that was located far from then-mostly locked-down places of business—and was found dead due to drowning. The police ruled out any criminal activity behind her death, but her husband, Hammal Haider, who is also an activist, said that they had received death threats a month before his wife’s death, according to the Guardian.

Eight months earlier, in May 2020, another Baloch activist, journalist Sajid Hussain, was also found dead due to drowning in a river in Sweden, where he’d been granted political asylum in 2019. These two deaths—both newsworthy for having taken place in Western countries and involving activists who had been living in asylum—are a drop in the ocean in terms of disappearances of activists from the Balochistan province in Pakistan. Groups in Balochistan believe there are thousands, perhaps tens of thousands, of people who have disappeared in Pakistan, with new cases of “enforced disappearances” filed all the time. One Western source reported that more than 1,000 activists were “killed and dumped” in Balochistan between 2011 and 2016 alone.

Prolific Pakistani activist and writer Pervez Hoodbhoy told me that the protests against the “enforced disappearances” that took place in the Balochistan region at the end of 2021 “drew tens of thousands of people, including women and children, day after day for three weeks from nearby areas of Gwadar, including Turbat, Pishkan, Zamoran, Buleda, Ormara, and Pasni. They were protesting against the treatment of locals, and particularly the paucity of drinking water and intrusions by Chinese fishing vessels. The sense of deprivation is felt far and wide in Balochistan.”

There are many elements to the conflict between Balochistan and Pakistan. Balochistan is on Pakistan’s border with Afghanistan and has been greatly affected by the four decades of conflict there. It’s the keystone of the China-Pakistan Economic Corridor (CPEC), which stretches from China to the regional hub port of Gwadar. It’s also the region belonging to the oppressed Baloch minority within Pakistan.

At the heart of the conflict, however, is the failure of the counterinsurgency model being followed by Pakistan for keeping the nation together.

England invaded Balochistan in 1839, as part of their 19th-century “Great Game” operations intended to secure and expand the British Empire in Asia. Considered semi-autonomous, Balochistan was called Kalat and ruled by Mir Ahmad Yar Khan, the Khan of Kalat, who declared independence during the traumatic events of the 1947 partition of India into India and Pakistan. After an eight-month insurgency beginning in 1947, the Khan of Kalat finally acceded to Pakistan in 1948. Several rounds of battle between Baloch nationalists and Pakistan’s government followed thereafter: in 1958-1959, 1962-63, 1973-1977, and from 2004 to today.

Forty years of often ambiguous alliance with the United States in Afghanistan has transformed the Pakistani state, strengthening the covert wings of the country’s armed forces. Since the 1980s, Pakistan has supported the Afghan insurgents. In the 2000s, Pakistan supported American counterinsurgents, and eventually came to support both the US occupation in Afghanistan and the Taliban insurgency (which took over control of Afghanistan in August 2021 and has been governing the country ever since) at the same time. Pakistan used a US-modeled approach to deal with Baloch separatism, sponsoring Islamic militancy against secular nationalism in the region and deploying the brutal methods of counterinsurgency.

When I asked Hoodbhoy about Pakistan’s approach to Balochistan, he said: “Like the dreaded generals of Latin America, Pakistan’s generals too have learned how to quell insurgencies. Over the years, dead bodies have appeared on the roadsides with marks of torture and many thousand young Baloch men have gone missing, some forever.”

On Pakistan’s nudging of rebels against secular nationalism in Balochistan, Hoodbhoy said: “The establishment has willfully used extremist militant religious organizations like Sipah-e-Sahaba as an antidote to Baloch nationalism. It has worked up to a point—what was once a Marxist-inspired insurgency as… [seen during] the 1973 uprising is now more ethnically oriented.”

Hoodbhoy also identified the local media coverage of the issue as part of the problem: “No journalist who reports accurately on events from Balochistan can expect to live too long,” he said. “In January 2022, Baloch students were rounded up in Lahore, which is many hundred miles away [from Balochistan], after a terrorist attack [a bomb blast in the market area in Lahore that was] likely carried out by the Taliban.”

These methods—covert operations, the infiltration and sponsorship of specific insurgents against one another, media manufacturing of consent of the public against innocent people who have been baselessly implicated in terrorist activities—are characteristic of the US counterinsurgencies carried out in Iraq and Afghanistan. But should Pakistan keep using legacy US methods when it is no longer under any obligation to do so?

DETERIORATING RELATIONS BETWEEN US AND PAKISTAN

The visit of Pakistan’s Prime Minister Imran Khan to Moscow on February 23-24, in the middle of Russia’s war with Ukraine, symbolised the sorry state of the Pakistan-US relationship. This deterioration in relations set in more than a decade ago as the United States grew frustrated with Pakistan’s less-than-enthusiastic support for US drone strikes in Pakistan and the inhumane US occupation of Afghanistan.

Former US Congressman Dana Rohrabacher said in 2012 that “Quite frankly, the Pakistani military and leaders that give safe haven to the mass murderer of Americans [Osama bin Laden] should not expect to be treated with respect,” according to an Al Jazeera article. Another Congressman, Louie Gohmert, suggested during a 2012 video interview that the U.S. should look at breaking up Pakistan, starting with Balochistan, as a strategy to help US troops who were then still occupying Afghanistan: “Let’s talk about creating a Balochistan in the southern part of Pakistan. They’ll stop the IEDs and all of the weaponry coming into Afghanistan, and we got a shot to win over there,” reported Al Jazeera.

Pakistan has been accused of supporting terrorism and faces a tightening noose of financial controls and sanctions through the Financial Action Task Force (FATF). The US practices financial warfare against allies and enemies alike. As an ally quickly moving toward becoming an American enemy, Pakistan is not likely to escape these financial sanctions.

What has put Pakistan fully in the opposing camp to the United States is Pakistan’s relationship with China, its so-called “all-weather ally.” And the symbol of that relationship is perhaps the cornerstone of China’s Belt and Road Initiative (BRI): the China-Pakistan Economic Corridor (CPEC), the flagship of which is the Gwadar port in Balochistan.

Writer and political analyst Andrew Korybko has argued that Pakistan is the target of a U.S. hybrid war, one focused on the CPEC and Balochistan, and that Pakistan has been the target of this war since 2015. He told me that Pakistan is now trying to change course from the American iron fist: “Efforts are being made [in Pakistan] to invest more in the region’s infrastructure, both physical and social. Locals feel left out of the country’s recent growth and want a larger share of the wealth that’s derived from their resource-rich and geostrategically positioned region.” Pakistan’s lighter approach, he said, will “be put to the test in Balochistan in the coming future.”

With a growing presence in Asia, Africa, and Latin America, BRI (Belt and Road Initiative) deals often involve Chinese banks financing the construction of infrastructure projects in these regions, which are led by Chinese companies, with loans sometimes paid back directly in natural resources such as minerals or petroleum. As former Liberian Minister of Public Works Gyude Moore explained to an audience at the University of Chicago, these loans by the Chinese banks are often rescheduled when they become due.

The BRI is based on the premise that the path to prosperity for poor countries is through win-win solutions—trade deals in which the economically stronger party (China in all cases) does not interfere with the internal politics of the weaker party or country. This means that for all the business being done in the CPEC, the resolution of the Balochistan conflict remains solely Pakistan’s responsibility. China’s approach to separatism within its own borders, in Xinjiang, has been different from the US. (or Pakistan’s or India’s) counterinsurgency approach: as opposed to enforced disappearances, assassinations, and military operations, the cornerstones of China’s counterinsurgency approach have been vocational training, “re-education” camps, and poverty alleviation.

Because of the comprehensive demonization of China’s approach by the Western media, China’s programs in Xinjiang have no prestige and are not seen as a model to be followed by any other country. But for the resolution of the issues in Balochistan, viewed by many as “Asia’s Next Headache,” is a path based on peace and development possible?

Hoodbhoy outlined his thoughts on the minimum elements required for improving the situation in the province: “The key to Pakistan’s stability does not lie in making the army’s fist yet harder or peddling hard varieties of religion in an attempt to contain nationalist discontent. Instead, it must be found in sharply limiting the power of the federation, sharing power between provinces, equitably distributing resources, and giving Pakistan’s various cultures and languages their due. In the long run, only a system where all [provinces and regions] have a stake can survive and prosper.”

The urgent need of the moment, however, is to turn the heat down in Balochistan. How to cool Balochistan off? I asked Baloch activist and writer Shah Jahan Baloch about what Pakistan should do immediately to dial the conflict down. He came back to me with an extensive list. On the human rights front, the bare minimum includes the release of all missing persons; criminal cases against those who have murdered civilians and activists whether they are in the armed forces or not; the withdrawal of the Frontier Corps and army and its replacement with civil administration and law enforcement; and peace negotiations with the Baloch nationalist parties with international mediation. On the economic side, the army needs to release its control of border trade with Iran and Afghanistan and replace it with ordinary customs authority; fishing and water rights need to be demilitarized; and so, too, do educational institutions and elections. If a long-term solution based on developmentalism is to work, demilitarization must precede it.