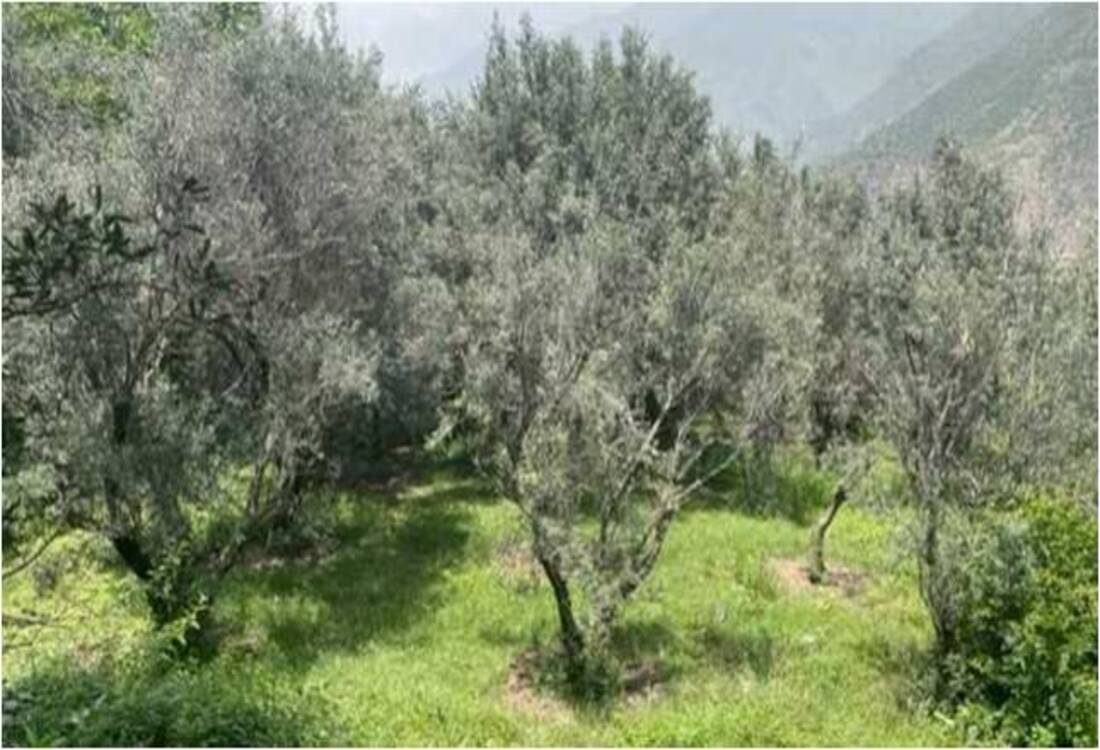 “Can your next bottle of extra virgin olive oil come from Kashmir? Hidden in the mountainous region of Uri, Kashmir has a tree that can help end India’s search for a healthier edible oil. This tree has whitish barks, small elongated leaves and gives green fruits each December. It is olive, which is called zaitoon in Urdu. And while Indians are spending top dollar (about $29 million) on importing olive oil, there may be a way to develop Uri and adjacent areas as an olive oil belt.“

Zaitoon is a sub-species that doesn’t bear much fruit, and grows even in hardy, rough conditions. Could this wild zaitoon be used for grafting fruiting varieties in the future? The area was olive friendly, and perhaps that is why under the Indo-Italian project an olive nursery was developed about 40 years ago.

“Olive is unique to Uri as it has a warmer climate, different from the rest of Kashmir. In 1987, we planted these olive orchards and 2005 we got a machine to extract olive oil from the fruits. We produce about 1,000 litres each year from the Uri area, each litre being sold at a subsidised rate of Rs 1,000 only.”

“Olives have late flowering, usually in May. The harvest time is in November-December in Uri and Salamabad. Now there are seven varieties of olives including the Mona Lisa. And on an average you use 10 kg of fruit to take out 1 kg of oil.”

Pakistan’s Imran Khan already is an early bird to catch the olive bloom, as he had announced a 10 billion olive tree project that would transform the Pakistani farmers’ incomes and make that country one of the top producers in the world. It is about time India strikes while the iron is still hot.

There are lakhs of trees, and the horticulture department has successfully grafted wild zaitoon with fruit bearing varieties in 2021. The olive acreage has also increased and we can easily produce 1-2 lakh litres of virgin olive with government support.”

“But we need help with marketing and branding. If the government brings newer machinery and supports farmers here, many within Uri will do olive cultivation.

Zahoor Ahmad Bhat, chief horticulture officer in Baramulla. He has been involved in the olive project and has successfully grafted fruit olive varieties on native zaitoon. “We have one hectare of government orchards, plus there are lakhs of wild plants which can be grafted to increase their yields. Until now we have experimented on two hectares and the grafting was successful,” said Zahoor.

“Usually, wild zaitoon grows on forest or government land, but also sporadically inside villages. If we can convert them all, we can easily produce a lot more olives. It is low cost, and tension free. We soon may have 100 quintals of olive fruit coming from this region alone,” Zahoor said.

On how the Central government can help make Uri an olive oil hub, Zahoor said, “The government should allow farmers and women to graft and harvest zaitoon in the forest or government land. A new policy needs to be enforced. Second, the government should provide income support and technical support for farmers in these areas. Farmers need experts who can teach farmers how to graft and help get labourers. With these small efforts, a major goal can be achieved,” he explained.

“This area is not only good for olives but also lemons. Our lemons are better and juicier than Punjab lemons. Overall our micro-climate is good for Mediterranean crops like lemon and olives. If the government starts a Mission Uri Olives, farmers and consumers will greatly benefit.