How long the alliance of the evil? 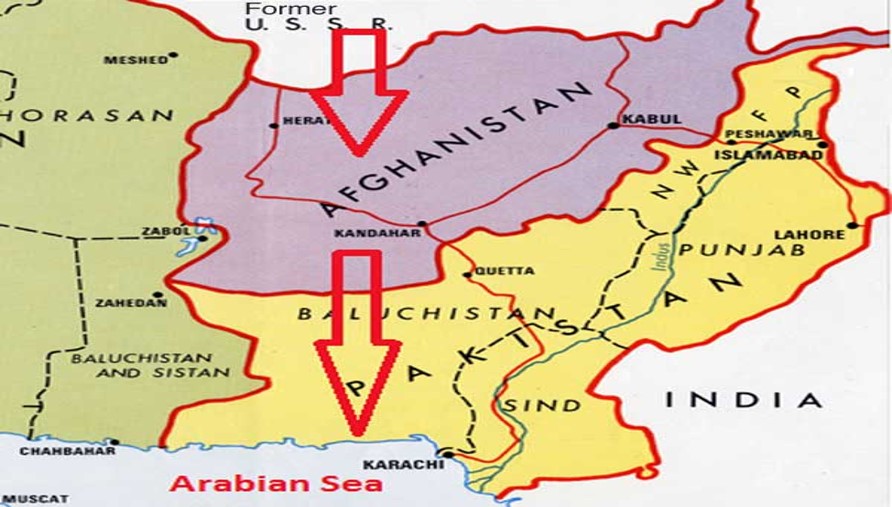 Pakistan’s interference in Afghanistan from early days of creation of Pakistan has been motivated by two main objectives. One is to acquire strategic depth westward and the second is to oust Indian footprints from Afghanistan.

Why does Pakistan want strategic depth westward? It has a history. After failing to grab the original state of J&K by engineering an incursion of the State by the Pakistani proxies in October 1947, Pakistan hatched more conspiracies to take the J&K State by hook or by crook. All the five important rivers emerging from the Himalayas flow into Pakistan. They are the lifeline of Pakistan

All those efforts failed. Nevertheless 1971 war with India not only dashed to ground Pakistan’s land grabbing ambition in Kashmir and establishing its supremacy over the South Asian region but also ended up in the division of Pakistan into two states.

Ignominious defeat in the 1971 war (Bangladesh) with India, loss of Eastern Pakistan, and India taking 93000 Pakistani soldiers as prisoners of war, all this created real or imagined fear in the psyche of Pakistani military generals and civil leadership. The lurking fear that an attack from India is a near possibility was a reason for deep-seated hatred for India and also a catalyst to arms build up to match the Indian might. Thus indirectly, India factor threw Pakistan into the lap of the US to the extent that President Ayub Khan found pride in telling his American bosses that Pakistan was more aligned than their allies.

This much may be said for the first objective of Pakistan’s India policy. The second objective Islamabad pursued relentlessly was to make deep inroads into such segments of Pakistan’s polity as would become effective in disrupting peace and tranquillity in Afghanistan. India had made her presence felt by undertaking huge developmental enterprises in Afghanistan. New Delhi invested about 3 billion US dollars in raising essential infrastructure like roads, bridges, parliament house, dams, canals, hospitals and healthcare centres. Indian construction companies provided employment to Afghan nationals and also opened avenues for providing training in various skills to the Afghan youth. Through these developmental works India was able to win the hearts of the Afghans and Indo-Afghan friendship grew by leaps and bound.

Hundreds of Afghan students were provided admission in Indian educational and professional institutes. They also received stipends and scholarships from the Indian official and philanthropic sources. In this way, India made for herself a vast constituency in Afghanistan.

For Pakistan, it was a source of disappointment. A divisive and self destroying society was the only hope that would bail out Pakistan. Therefore, Pakistan began devising a methodology through which religion could get politicised to the maximum and the unsuspecting masses would be misled through propaganda and canard against India.

Islamabad announce the creation of Taliban in 1994, of course with the good wishes of the US, to convince the world that after driving the Soviets out of Afghanistan, some among the victorious mujahedeen had become unruly and lawless and indulged in looting and killing innocent people. They argued that a purge was necessary and only those deeply committed to the Islamic sharia and tradition would be retained and renamed as Taliban. They wanted to convince the world at large that the Taliban were law abiding warriors and committed to the establishment of an Islamic Emirate.

Most of the tribal leaders, who decided to be among the components of the Taliban, were actually on the payroll of Pakistan secret agency ISI. The ISI was steadily raising its proxy that would continue a fight against the American and NATO forces that had bombarded the Al Qaeda leader Osama and his legions who had already joined hands with the Taliban and were seeking hideouts in the Af-Pak mountainous region now called by Pakistan as Pakhtunkhwa. Waziristan, the tribal area of the days of the British Raj was the home of the fierce fighting Pukhtoons who had given shelter and other facilities to the Taliban-Al Qaeda fighters in the later part of the 1990s.

The most significant group that worked as the frontline component of Taliban and also worked in close liaison with the Al Qaeda was the group of Alau’d Din Haqqani. This group established it’s headquarter somewhere in Quetta and was in close liaison with the ISI. Arms, ammunition and funding of the group came lavishly from t he ISI and Pakistan army.

The Haqqani network, as it came to be called, became stronger and stronger. Most of the attacks on Indian resources in Afghanistan, including two attempts on the Indian missions, were conducted by the suicide bombers of the Haqqani network. Though the headstrong Haqqani group is not very popular with the general body of the Taliban of Afghanistan, yet the group has always fought doggedly against the US-NATO forces. It is this group in particular that has been opposing any role for India in Afghanistan whether in restoration of peace or in reconstruction of Afghanistan post-Taliban period

Thus we find that Pakistan has succeeded in both the objectives of her action plan for India.

But the question that arises out of the dynamics of international and regional political alignments is this; (a) Will Taliban-Pakistan bonhomie survive the vagaries of history. And (b) will India-Afghanistan friendship get relegated to back burner for all times to come? This is an interesting debate.

There clear and factual reasons to assume that the bonhomie between the Taliban and Pakistan agencies cannot survive with the passage of time. There are strong and irrefutable reasons. Afghans are a proud and fiercely independent people. They have never accepted the diktat of an outside power or agency because it is against their grain. Secondly, Taliban Afghan is an economy in shambles. Nearly 7 billion dollars of Afghan assets remain blocked in world banks and the US is unwilling to lift the ban in one go. Thirdly, a huge world opinion is gathering against drug production and drug trafficking. Afghanistan is known for producing 80 per cent of world production of narcotics. The world powers will definitely take a fool proof action in putting a halt to drug trafficking from Afghanistan to Europe and to South East Asia. Taliban Afghanistan will try to find alternatives to sustain her economy and for doing that she will have to get integrated into the world economic order. Pakistan is a much defamed state in the eyes of FATF and Afghanistan will not want to incur the ire of the global lending agencies and superior economies of the world to be in a tie with Pakistan. And lastly, the Taliban are now in power. They are under pressure to have an inclusive government in Kabul and to strictly follow the established human rights in regard to women. Any financial loan or assistance will be subject to the conceding of the rights to the women and children. Pakistan is in no position to make any substantial contribution in that objective. This all should show that Taliban in Afghanistan have to do everything within their reach to obtain the recognition of their regime. As long as the camaraderie between the Taliban and Pakistani leadership continues for nefarious intentions no country is going to grant recognition to Taliban.

The most important factor that has remained a bone of contention between the Pukhtoons and the Pakistani leadership is the Durand Line. At least three clashes have taken place between the Taliban and Pakistani border gaurds along the Durand Line. The Taliban guards have disallowed Pakistani authorities fencing the border. The reason is that no authority in Kabul, whether of the King or the democratic regimes or the Taliban, has accepted the Durand Line which divides thousands of Pukhtoon tribal families. Yet Pakistani leadership has vowed to fence the line in any case and get rid of frequent intrusion from the Afghan side.

Another factor that makes the continuance of camaraderie highly doubtful is the insurgency in Baluchistan. Adds to it the rise of the Tahreek-e Taliban-e Pakistan (TTP) almost a splinter of the Afghan Taliban and linked not only to Taliban but to IS-K also. The 4 March bomb blast in a Peshawar Shia mosque has been claimed by the IS-K, which has been operative in Afghanistan and has also spread its tentacles in Pakistan. TTP and IS-K have the common agenda of uprooting the existing political-social structure of Pakistan and converting it into a region of Islamic Caliphate. The IS-K is a well-knit and committed body. In reply to a question of a reporter, Sirraju’d Din Haqqani; the Home Minister of Afghanistan said that After Kabul, the next agenda of the Taliban was Kashmir. Two years ago the IS-K banners were seized from some Kashmiri over ground militants in the peripheries of Srinagar city. They are the part of the bigger project of Ghazavatu’l Hind and are call Ansar Ghazvatu’l Hind. Some of their activists were arrested by the Indian security forces in Kashmir.

India-Afghanistan friendship has a long historical and cultural background. Afghanistan has given shelter to our freedom fighters when the colonialists wanted to arrest and punish them during independence movement. Afghanistan has always considered India a friendly country interested in the development and prosperity of Afghanistan. On various world fora, India and Afghanistan have worked in close liaison. Both peoples love freedom of expression and movement. Thousands of Afghan students are the alumni of prestigious Indian educational or professional institutes. Some among the present leadership in Afghanistan, whether in or outside the government, have had their higher or technical studies in India. India has never interfered in the internal affairs of Afghanistan. It is on account of long friendship that India offered fifty-thousand metric tons of wheat to the Taliban regime to overcome food shortage besides.

Indo-Afghan relations will come to normal with the passage of time. Kabul is still struggle for rationalizing administration and social dynamics. It is a matter of time. There are numerous Ares in which the two countries will be working together in the larger interest of the people in the region.