How Kashmir lost its glory 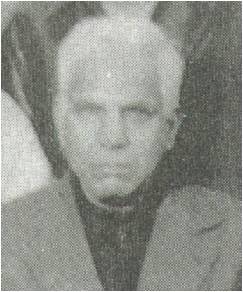 The gathering of the storm September 14, 1989 was a sunny day when Pandit Tika Lal Taploo, President of Bharatiya Janata Party (BJP), Kashmir Chapter and a lawyer by profession, came out of his home in Bhan Mohalla locality of Srinagar and headed to the High Court where he practised law. As he stepped out, he saw a small girl crying. On recognizing that the child was of his Muslim neighbour, he lifted her in his arms, turned round and went straight to his neighbour to ask why the child was crying. The mother of the child said that her daughter needed some items of writing material but she had no money to buy these. Tika Lal took out a five rupee note from his pocket and handed it over to the woman. To the child he said, “My child, school is the place for you”.

Tika Lal left them and turned to go to his work place. He had hardly walked 70 steps when three persons with faces wrapped in dark cloth appeared at the blind turn of the lane. Two of them kept standing while the third moved a few steps forward and came in line with Tika Lal. He took out a weapon, aimed at Tika Lal and said, “You are the BJP leader! Come then”. He pulled the trigger and bullets pierced the chest of Tika Lal, who fell down dead in a pool of blood. The Bar fraternity, mostly Muslims, organized a condolence meeting in the premises of the High Court and at Tika Lal’s residence, the one who cried and sobbed the loudest among a large number of mourners, was the mother of the child, Tika Lal had lifted in his arms just moments ago.

Barely three weeks after this murder in Srinagar, unknown gunmen shot and killed another Kashmiri Pandit (Kashmiri Hindu), retired Judge Nilakanth Ganjoo in broad day light in Maharaj Bazaar, Amira Kadal. He had flown in from New Delhi and was headed homewards. Obviously, someone was keeping track of him while in close contact with the gunmen. Justice Ganjoo, Sessions Judge in Srinagar had given a death sentence to Maqbool Bhat, the leader of Jammu & Kashmir National Liberation Front, whom he had found involved in the murder of Amar Chand, a CID Police Sub-Inspector of Jammu and Kashmir Police, resident of Nadihal village of Baramulla district. These two killings of Tika Lal and Nilakanth Ganjoo sent a shock wave down the spine of the Pandit minority community of the Kashmir Valley.

Gunning down of two outstanding members of their community in the autumn of 1989 within a span of only three weeks was ominous for the Pandits. It made them skeptic towards the law and order situation in the State and they started to feel deeply concerned about security of life. What baffled them more was that two Muslim witnesses on whose deposition Judge Ganjoo had based the judgement roamed as freemen. That evening, Radio Kashmir announced the incident in just one sentence; “Unknown assailants gunned down a former Sessions Judge in Maharaj Bazaar, Srinagar”. Fear-stricken Pandits, with anguish written large on their face, huddled up in their homes to think over the seriousness of the threats to which they were exposed. Was death looming large over their heads? Their apprehensions were not unfounded.

This way a beautiful minority, an inclusive section of the Kashmiri society was attacked, and the only source of education was ruined. Hence, the gap we see today being filled had remained due to the crude past. Once again, as minorities are under threat, our duty is to protect them, respect them as they deserve to be. We have to continue the spirit of Kashmiriyat and turn again a peaceful state, where everyone- tourists, locals find solace with scenery and the people around.