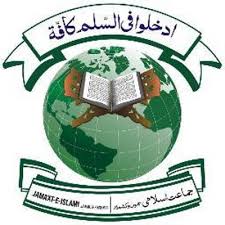 The forced exodus of the Pandits from Kashmir. Even today, those of us who lived through it struggle to full deal with the pain of our brothers leaving the Valley. In the years that followed, all of us watched a parallel phenomenon. Jamaat e Islami and Hizbul Mujahideen established themselves as the biggest beneficiaries of the exit of Pandits from Kashmir. They grabbed and occupied plush houses and prime lands belonging to the Pandits. All this happened in a planned and organized manner. The exodus of the Pandits happened more than 30 years ago. All over Kashmir, there were Pandit houses, Pandit orchards, and also agricultural land. The maximum number of buyers of Pandit property are those who were directly or indirectly associated with militancy. Either they themselves or their close relatives were connected with the conflict. The forced exodus of the Pandits was a convenient strategy for Jamaat e Islami and its militant arm Hizbul Mujahideen to grab the land and property belonging to the Pandits. The land grabbing was done in a crafty way.

DECLARING PANDIT PROPERTY AS BAIT-UL-MAAL WAS A HOAX

JEI and HM declared in 1990 that the property of the Pandits would be regarded as Bait-ul-Maal (Common property for Islamic welfare) after the freedom of Kashmir. JEI and the militants decreed that because this was Bait-ul-Maal, no one was allowed to purchase any type of property from Kashmiri Pandits. This turned out to be a big hoax. Declaring Pandit land and property as Bait-ul-Maal was part of the plan of JEI and HM for land grabbing. In the years that followed, the local units of Hizbul Mujahideen ordered that if anyone wanted to purchase Pandit property, he would have to seek the permission of the local HM commanders beforehand. For the Kashmiris who were associated directly or indirectly with Jamaat e Islmai or Hizbul Mujahideen, it was very easy to seek the permission of the militant commanders to buy Pandit property. Ultimately, the plan implemented and followed was that the ownership of this property should be restricted only to the members and sympathizers of HM and JEI.

THE RARE CASE IN HISTORY WHERE THE BUYER DETERMINED THE PRICE

This was the rare case in history where property exchanged hands not at the price fixed by the seller. The property was sold at the price fixed by the buyer. This happened because in an overwhelming majority of cases, the Pandits did not have any choice regarding their property. Distress sale of Pandit properties was happening all over Kashmir. They knew that if they do not sell their properties, it would be grabbed sooner or later, and they would get nothing for it. The common Kashmiris had no option but to watch this tamasha. They were – and they continue to be – helpless before the militants. JEI and HM members remained busy buying assets of the Pandits and building properties for their children. Those heading the erstwhile state governments remained mute spectators to the gun power wielded by the militants and the close collaboration of JEI and HM in this loot. During those years, JEI and HM were the real power centers in Kashmir. They ran parallel sarkar in the state and wielded more power than the ministers or bureaucrats.

The property left behind by the Pandits was used by the militants to collect money. It was done in this way. Agricultural land belonging to Pandits was allotted to neighboring farmers on the understanding of half share in produce and profit. For example, one Kanal of land was given to someone and it produced two quintals of rice. Out of this, one quintal was the share of the militant who may have been from the same village or outside. The forced exodus of the Pandits was a convenient strategy for Jamaat e Islami and its militant arm Hizbul Mujahideen to grab the land and property belonging to the Pandits. The land grabbing was done in a crafty way. Declaring Pandit land and property as Bait-ul-Maal was part of the plan of JEI and HM for land grabbing. In the years that followed, the local units of Hizbul Mujahideen ordered that if anyone wanted to purchase Pandit property, he would have to seek the permission of the local HM commanders beforehand. JEI and HM members remained busy buying assets of the Pandits and building properties for their children. Those heading the erstwhile state governments remained mute spectators to the gun power wielded by the militants and the close collaboration of JEI and HM in this loot

In Kupwara, North Kashmir, there was a Pandit village named Gund Gushi near Bohipora. This was a village of affluent Pandits. They owned highly fertile land in prime locations. The land-grab modus operandi of JEI and HM was implemented here in toto. All the land belonging to the Pandits was grabbed by influential persons in Jamaat e Islami and Hizbul Mujahideen. The militant commanders of Bohipora carried out a well-thought-out plan so that Pandits were compelled to sell their land and other assets for meager amounts. Gund Gushi was a classic example of how Pandits were driven out so that Jamaat e Islami and HM could grab their properties.

THE DISTRESS LOOT IN BUMAI, SOPORE

Bumai was a village of rich Pandits about 10 kms from Sopore, the sub-district headquarter. After the Pandits fled in 1990, the maximum property in this village was purchased by people who paid a good amount of money to JEI and Syed Ali Geelani. Sopore was Geelani’s stronghold. In Bumai and other areas in and around Sopore, it was mandatory to get a letter from Peer Sahab (Syed Ali Geelani) and then move to Jammu for the registration of the property.

STATE GOVT BIASED TOWARDS MILITANTS IN EARLY YEARS OF MILITANCY

It seems to me that in the early years of militancy, some functionaries of the state government were biased in favour of the militants. These officers used the community land belonging to the Pandits for the construction of buildings that benefited the Muslim population.

Like Ahle-Islam, the religious land of Muslims, the religious land of Pandits is Ahle-Hanood. In Vilgam in Kupwara, the food store was constructed by the district administration on Ahle-Hanood land without the permission of the Pandit community. There are ruins of a temple at a distance of about 10 meters from the food store. I remember that when I was a child, Pandits used to visit this temple for prayers. In the years after their exodus, it fell into neglect and the structure deteriorated. All of us in Vilgam knew that this is Ahle-Hanood land. We Kashmiris have always prided ourselves on our justice and fairness towards all. Where did this justice and fairness go when officers of the district administration constructed the food store on this land? If they did not want to renovate the temple structure, at least they should have protected the land and constructed a fence around it to show some respect towards Pandit sentiment and property. Instead, they encroached upon the area with a government structure. This also places a question mark over the role of the Kashmir civil society in bridging the gap between these two Kashmiri communities. The Ahle-Hanood land is situated at a distance of about 200 meters from the office of the Tehsildar, and at the distance of about 15 meters from the Sub-District Hospital of Vilgam where more than 100 patients visit daily to attend OPD. All patients are locals who know that this land belongs to the Pandits. They know there was a temple here where the Pandits offered prayers daily. Why did they not stop the district administration from constructing a food store here? At this moment, I am questioning my own silence. Why did I remain silent all these years when the encroachment was happening? I too was a silent spectator. I spoke to my friends about this unjust conduct of the district administration, but I too allowed it to happen. Sad.

Dugger Bhat was a village of Pandits near Vilgam, my town. There were 45 houses of Pandits in this village. All the houses were well-furnished. The Pandits who lived here – we called them Dugger Bhats. When they left the village fearing for their lives, they could take only the bare essentials. The houses and all the furnishings were left as such. The Pandits had thought that they would return soon.

Where are those houses now? Everything of value inside them was looted, and the houses were dismantled by anti-social elements. The beautiful Dugger Bhat was occupied by those who had close links with Jamaat e Islami and Hizbul Mujahideen. As was the practice in other areas, only those people could purchase Pandit property who got the approval from the JEI leaders. In Dugger Bhat especially, the purchase of land was restricted to those whose kith and kin were associated with militancy. One Ghulam Rasool Malik purchased 10 kanals of land from a Pandit. Malik was an active militant and the Jamaat Rukan of the area. Sonullah Mir purchased 15 kanals in Dugger Bhat. His won was a top commander of Al Baraq, a militant outfit. Asadullah Tantray purchased five kanals here. He is a senior leader of JEI. Ali Bhat purchased 12 kanals. His two sons were active militants. Sideeq wani purchased 5 kanals in Dugger Bhat. One of his sons was a militant. Gulam Hassan Bhat purchased 12 kanals. His brother was a militant.

Abdul Rashid Mir purchased 17 kanals of land in Dugger Bhat. His two brothers were militants. Ghulam Rasool Khan purchased 7 kanals here. He himself was a militant.