Hindu Temples & Gurdwaras to be Renovated by Pakistan Govt 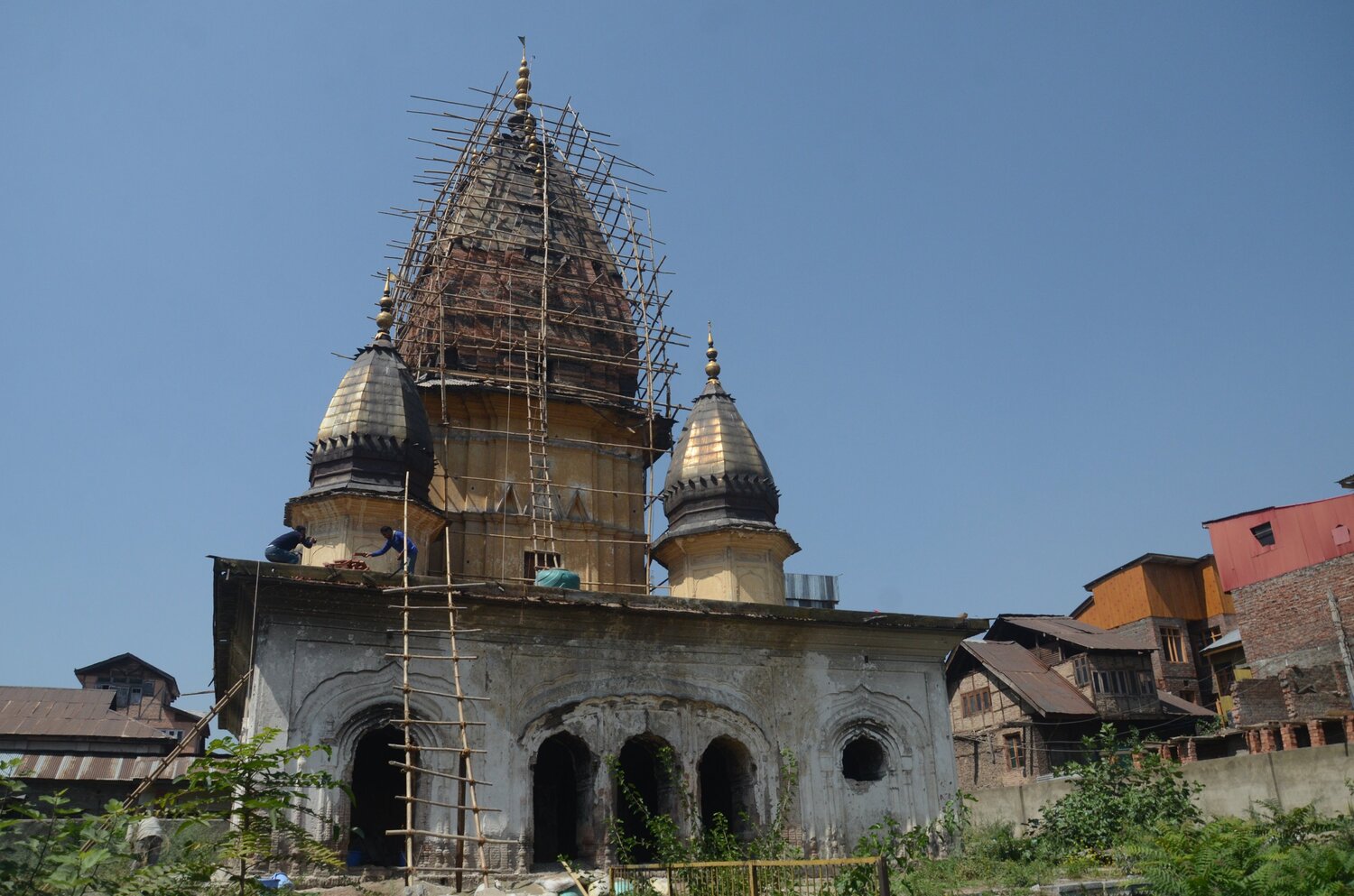 The Pakistan government has decided to renovate several Sikh gurdwaras and Hindu temples belonging to minorities across the country, in a bid to further strengthen its case of providing safety and security to the minorities living in the country ahead of upcoming FATF meet from Feb 22 – 25, 2021. As per details, several gurdwaras and temples will undergo renovation across Pakistan.

According to statistics from data collected in 2020, the total number of Sikh gurdwaras and Hindu temples in Pakistan present today is 1,830 as compared to over 24,152 present at the time of Independence from India. However, 31 temples and gurdwaras are operational even today. Official sources say that the meagre number of operational temples and gurdwaras has prompted the government to take action and renovate the minority holy sites. The Evacuee Trust Property Board (ETPB), provincial governments along with the Sikh and Hindu community members will be part of the overall renovation process, which is likely to be completed this year. In Punjab province, a Sikh mansion in Rawalpindi will be restored, while renovation in at least two churches and seven Hindu temples is in progress in Lahore.

Construction of Hindu Temple in Islamabad

Moreover, the construction of the Hindu temple in the capital Islamabad, is also likely to be completed in 2021. ‘Karsewa of Gurdwara Dera Sahib in Lahore has been going on for many years. But the Indian members of the Karsewa Committee had to return home as their visas expired and it could not be renewed because of the pandemic. So this work was stalled and will be resumed soon,’ Sardar Ameer Sindh, Secretary General of Pakistan Sikh Gurdwara Prabandhak Committee (PSGPC), said.

‘Similarly, the restoration work at the Gurdwara Bali La, Nankani Sahib and Gurdwara Tanbo Sahib will also be completed soon,’ he added. The ETPB has maintained that gurdwaras and Hindu temples across Pakistan will be renovated and restored, and will be made open to the communities in the coming days. ‘A major temple and gurdwara are activated every year’, said Ramesh Kumar Vankwani, head of the Pakistan Hindu Council. ‘Apart from the ETBP, the provincial governments are also playing their part in the restoration of the ancient historical temples and gurdwaras,’ he added.

Pakistan has been criticised for mistreating its minorities with demands of giving them easy access and open freedom to their religious sites. Recently The country has maintained that it is ensuring complete protection of minorities and is taking steps towards provision of access to their relative religious sites.

Recently, Pakistan and India shared cross-accusations over the treatment of minorities in each other’s countries, with India questioning of the recent mob attack on a Hindu shrine in Khyber Pukhtunkhwa’s Karak district. Prime Minister Imran Khan has stated that his government is working towards ensuring freedom for minorities. However, the ongoing cases of forced conversions, kidnapping and targeted attacks continue to defy the premier’s claims.