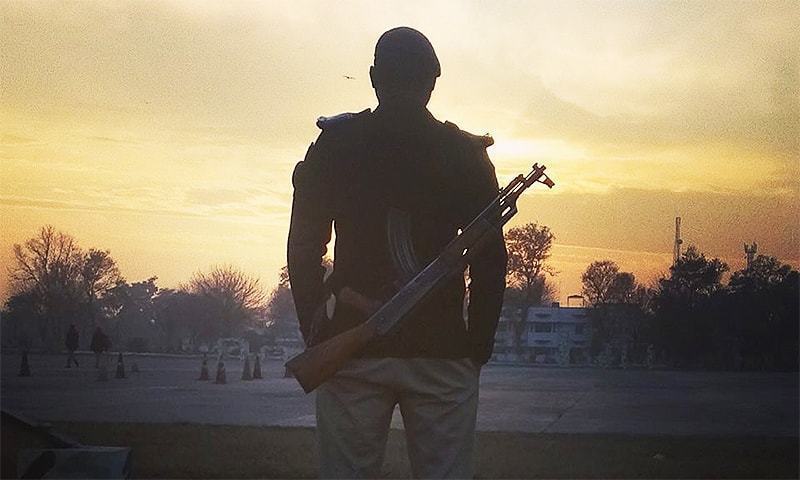 High-profile personalities, including politicians, bureaucrats and ulema, on the hit list of terror elements have been alerted and advised to exercise extra care during Muharram.

Inspector General of Police (IGP) Punjab Inam Ghani has allocated 300 extra police, including 140 personnel of the Punjab Constabulary, to assist the Rawalpindi district police to maintain peace in Muharram.

In addition, teams from the Special Elite Group (SEG) have been placed at the disposal of the regional police officers (RPOs) for utilization when needed.

Following the guideline issued by the IGP to prepare a contingency plan and keeping in view the threat perception, all high-profile personalities who had been on the hit list were alerted and advised to take extra care during the month.

Moreover, security around some VIPs who had been facing specific threats has been beefed up.

Police have been directed to ensure strict surveillance of all activities of individuals placed on the fourth schedule of the Anti-Terrorism Act 1997 and to arrest sectarian proclaimed and court absconders.

Raids will be conducted on the probable hideouts of sectarian proclaimed offenders and action will be taken against those harboring them.

The police were also directed to take action against authors, printers and publishers of objectionable literature.

Ban on display, brandishing and carrying of arms would be ensured and action would be taken on wall-chalking and erection of gates with objectionable slogans.

To further strengthen security, the police have been directed to conduct vetting of deployed volunteers, Razakars and private security guards from the Special Branch.

In addition, well-trained police officials will be deployed on rooftops of buildings along the routes of processions while volunteers and private security guards would be trained to handle weapons, physical search and how to react in emergency situations at the police lines headquarters.

Under the guideline, proper arrangements of searchlights in and around worship places would be made and majalis in open areas may be discouraged. Police have been directed to prepare a contingency plan keeping in view the past history of clashes between rival sects.

Senior police officials have been holding meetings with organizers of majalis and imambargahs to ensure peace during Muharram.

Police have also been directed to categories vulnerable points into A, B and C with the helpof Special Branch and intelligence agencies.

On the other hand, leaves and transfer/posting of police officials have been banned to ensure the availability of staff for foolproof security.

Explaining the first three points of the code of Azadari, Agha Moosavi demanded that the government abide by the May 21, 1985, agreement regarding taking out Azadari processions. Punctuality and discipline should be observed in Azadari rites and processions and effective arrangements be made for lighting and cleanliness at places of Majalis-i-Aza and on procession routes.

Control rooms should be set up at the interior ministry, the federal capital, provinces, Azad Kashmir and Gilgit-Baltistan, which should work till Rabiul Awwal 8.

Sensitive cities should be handed over to the army and effective security measures taken ahead of time during processions.

Agha Moosavi said Anti-Terrorism Act and the National Action Plan should be implemented in accordance with its spirit, adding that strict crackdown should be carried out on officially proscribed terrorist groups, their facilitators, and no concession be given to them.

The officials of district police on Sunday sat down with members of the District Peace Committee, religious leaders and administrators of imambargahs to review SOPs for Muharram majalis and processions.

The meeting, held at District Police Lines, was presided over by District Police Officer Rana Shoaib Mehmood, officials from agencies, scholars, dignitaries and leaders of all schools of thought besides members of the peace committee.

Speaking on the occasion, DPO Mehmood said only licensed and traditional processions would be allowed across the district, adding that a comprehensive security plan should be formulated in this regard and its effective implementation should be made certain.

Police has been directed to maintain close liaison with the peace committee and organizers of majalis and processions who shared advice and suggestions, which were noted for compliance. The DPO ordered issuance of special cards to police officials deputed for security duty.

Later, a meeting of administrators of imambargahs and organizers of majalis and processions was also held in Hassanabdal. It was headed jointly by DPO Mehmood and Assistant Commissioner Zunaira Jalil. Organisers were directed to ensure that people wore masks and maintained distance.