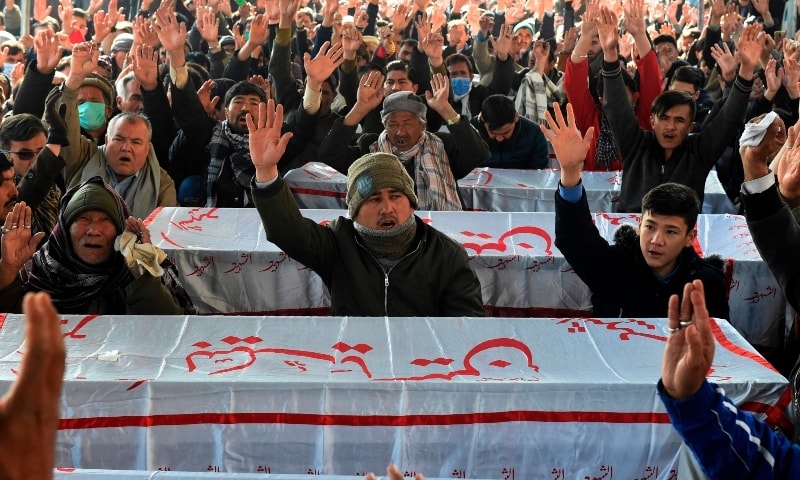 The pain of Mach tragedy is being felt by every Pakistani. Though an international terrorist group has claimed the attack, it would not have been possible without local support. It is the responsibility of the government and its institutions to find out the culprits and punish them. The attacks against the Hazara community have resurged in recent times. The Mach attack has created an environment of fear in Balochistan, like in the past. Given the strategic significance and the presence of natural resources in Balochistan, it has been a target of the enemies of Pakistan for a long time. It does not take much effort to conclude that India is behind every terrorist attack and every subversive act in Pakistan.

The question is why are not these terrorists and their supporters being eliminated? The situation in Afghanistan has a direct impact on the situation in Balochistan. Though Pakistan has submitted a dossier about India’s involvement in terrorism to the UN, it is unlikely to expect the UN to take any action on it. We need to realize that Pakistan has to fight against India’s subversive networks (in Pakistan) on its own. Balochistan is the target of anti-Pakistan forces. For the last few months, security forces have been targeted. And then the Mach tragedy happened. Going by the response of the government, it has been insensitive to the protest by the Hazara community so far. It took five days for the government to respond to the demands of the Hazaras. Meanwhile, the protests have spread to other places.

The government should have been forthcoming to show its support to the Hazara community at such a crucial time. That would have assured security and peace to the Hazara community. The tragedy demanded a united approach, not a disruptive one. Imran Khan has said that he will bring the sufferings of the Hazara community to an end. He requested them to bury the martyrs, and assured them that he will come soon to offer his condolences. The government is taking steps to prevent such attacks in the future. The enemy is cleverly and cunningly spreading terrorism and destabilizing Pakistan. The India-Israel nexus is no secret. Indian National Security Advisor Ajit Doval has repeatedly stated that he would destabilize Pakistan by spreading chaos in Balochistan.

The possibility of India’s involvement in the tragic killing of 11 Hazara workers in Mach Baluchistan cannot be ruled out. While this incident is also an abominable conspiracy to spread sectarianism in Pakistan, our enemy, India, is always on the lookout to somehow target Pakistan’s national security. Politics should be avoided because it is extremely detrimental to national unity and solidarity. The targeted operation should be re-launched to overcome all the shortcomings in the security arrangements. At the same time, in order to thwart the Indian conspiracies, there is a need to strengthen the atmosphere of national unity and communal harmony in the country. In this regard, the leadership of religious and political parties, including the Muttahida Ulema Board and the Ulema-e-Mashaykh Council must play an effective role.

At present, sit-ins are being held across the country to show solidarity with the victims of the Mach tragedy. The sit-ins have spread to 25 places in Karachi, while sit-ins are continuing in all major and minor cities, including Lahore and Islamabad. If any kind of accident happens in these sit-ins, the situation will get worse. Therefore, it is the responsibility of the religious leaders to protest within the ambit of the constitution and law. Do not take a path that leads to the spreading of anarchism across the country. The recent incident of terrorism is a conspiracy to spread chaos in the country. The government should ensure strict security arrangements to prevent such incidents. National security agencies need to be more vigilant as the enemy has begun to assert itself. The India-Israel alliance is aimed at destabilizing our beloved homeland.