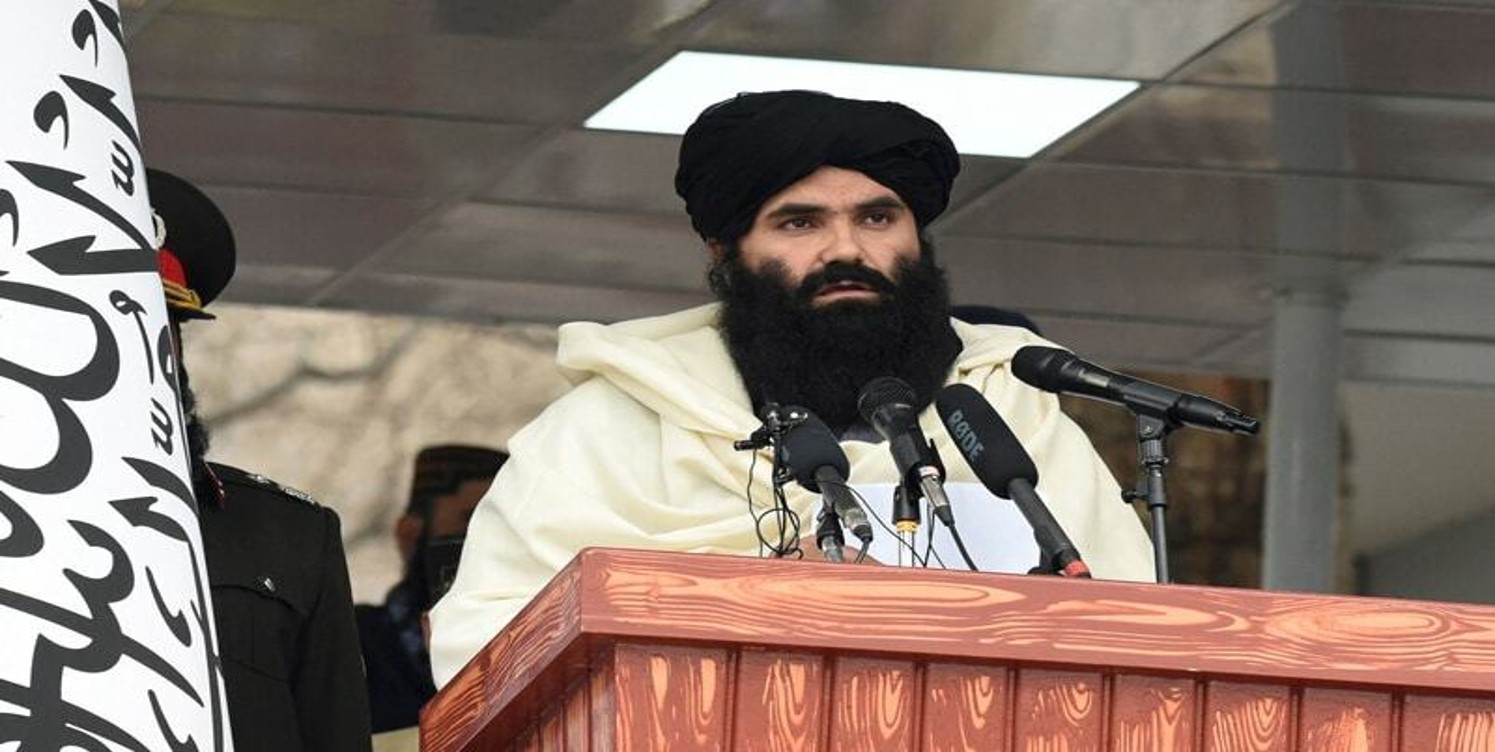 The much sought-after ceasefire by the Pakistan army with the Tehreek-E-Taliban Pakistan (TTP) that is being brokered by Sirajuddin Haqqani, acting Minister of Interior of Afghanistan, has got stuck with the army imposing conditions that the TTP is refusing to accept.

The TTP has refused to change its name as is being demanded by General Headquarters (GHQ), Rawalpindi. This condition is being pushed by the GHQ so that it can tell its citizens that the TTP is no longer an armed entity and it has now become a political party.

The second issue of contention is TTP’s demand to demerge Federally Administered Tribal Areas (FATA) from Khyber Pakhtunkhwa, which the Pakistan army is resisting. The third issue which the army has refused to accept is to allow TTP cadre to return to the FATA along-with their weapons. The Pakistan army has also refused to completely withdraw its troops from the FATA region.

At the third round of talks that took place on Saturday in Kabul, these three issues remained unsolved at the time of the story going to print at 6 pm IST. If these talks are successful then it will be a big achievement for a prominent section within GHQ, Rawalpindi and the civilian government under the new Prime Minister Shahbaz Sharif as this will stop the attacks carried out by TTP on the Pakistan army in which scores of officers and soldiers have been killed in the last one year. The Chinese government too has applied significant pressure on the Pakistan government to end the TTP ‘problem’ by any way possible as it is affecting their strategic and financial interests.

Once the ceasefire comes into effect on its Western borders, Pakistan army will also be able to devote a majority of its depleted resources, that are right now engaged in the fight against the TTP, in securing the Chinese interests that are a part of the CPEC projects. Similarly, strategists in GHQ Rawalpindi, once a ceasefire comes into effect, will shift these resources towards its decade-old policy of “bleeding India with thousand cuts”. According to Kabul based sources, Saturday will be the last day of the three rounds of talks if the Pakistan army does not agree to the above mentioned demands of TTP. The talks are likely to go on till night depending on the stand taken by the Pakistan army. Conversely, if the army agrees to these demands, the talks will continue and a joint statement will be issued. Ground based sources told The Sunday Guardian that most of the other demands that have been forwarded by the TTP have been agreed upon by the Pakistan army.

The importance of the meetings, being held in Kabul, where the ceasefire is being brokered, can be gauged from the fact that they are being conducted in the presence of former ISI chief Faiz Hameed who is representing Pakistan, TTP chief Noor Wali Mehsud and Sirajuddin Haqqani who is acting as the guarantor of safety to both the sides. Hameed was accompanied by a ‘bald’ army officer who was introduced as Major General Taimur to the other members in the meeting room.

Authoritative sources told The Sunday Guardian that the Afghanistan Taliban are “helping” the Pakistan army as they have been told that they will face “problems” from GHQ if they don’t do so. Hameed is presently serving as the Commander of the XI Corps since November 2021 which takes care of the North-Western province of Khyber Pakhtunkhwa. He has been leading the talks with the TTP, against the wishes of his immediate boss but on the direction of other power centers in Pakistan, for quite some time now as was elucidated by this newspaper earlier. (Will the Pakistan army witness an internal coup?)

As per the details of the meetings, the conditions that have been agreed upon by both the sides in the series of talks, the first of which were held in Khost province of Afghanistan, include the release of TTP prisoners who are in various prisons of Pakistan and Afghanistan.

Many other “missing” TTP cadres will also be released by the Pakistan army. Pakistan has forwarded a proposal to withdraw about 60% of the troops from the region in regions where TTP hold sway, especially in the Federally Administered Tribal Areas (FATA) region and replace them with the Frontier Corps, which is a paramilitary force. However, TTP has rejected this condition while demanding complete withdrawal of troops.

Among those who will be released as per the ceasefire agreement includes senior TTP commanders Haji Muslim Khan and Mahmood Khan. Right now, both of them are in the Afghanistan consulate in Peshawar, Pakistan. According to authoritative sources, at least 10,000 TTP cadres are right now incarcerated in various prions of Pakistan, all of whom it has agreed to release

The initial ceasefire will be for one month. In addition, non-Sharia provisions of the Pakistani Constitution will not apply to the area controlled by the TTP. More importantly, the provisions of “Nizam-e-Adl regulation” which calls for implementation of Shariah law will be implemented in Malakand division that contains 9 districts.

Among other conditions which have been agreed by GHQ includes complete elimination of drone strikes, ending of all cases registered against TTP cadre and monetary compensation for losses that have been incurred by the residents of FATA region to operations carried out by the army. According to sources, a Brigadier of the Pakistan army has been stationed for a long time in Kabul now with the objective to iron out the initial differences as a precursor to the talks involving the top leadership of all the sides.

TTP had also asked GHQ to do whatever it can, diplomatically and politically, to secure the release of Aafia Siddiqui, a Pakistani national who is serving an 86-year sentence at the Federal Medical Center, Carswell in Fort Worth, Texas. The Pakistan army has, however, refused to accept this condition.

Independent sources told The Sunday Guardian that the Pakistan army has also refused to accept appointing former judge of Islamabad High court, Shaukat Aziz Siddiqui, on the position to oversee the army keep its end of the bargain. In 2018, Siddiqui accused the ISI of working on a coup against the Nawaz Sharif government. Soon enough, he was removed from his position.

TTP sources, however, stated that this demand was not put forward by them. The Nizam-e-Adl Regulation was an Act that was approved by former President Asif Ali Zardari after parliamentary approval on 13 April 2009. The Nizam-e-Adl Regulation envisages establishment of, besides lower courts, Darul Qaza (appellate or revision court) and Darul Darul Qaza (final appellate or revision court). The Qazis and magistrates are bound by the NAR to follow established principles of the Qur’an and Sunnah and recognised opinions of scholars of Islam. It was a part of the SWAT peace accord that was signed in February 2009 between Pakistan and Taliban that had 14 points in it, as follows: 1. The Sharia law will be imposed in Swat, including the whole Malakand division; 2. The Army will gradually withdraw security forces from the region; 3. The government and the Taliban will exchange prisoners; 4. The Taliban will recognise the writ of the government and they will cooperate with the local police; 5. The Taliban will halt attacks on barber and music shops; 6. The Taliban will not display weapons in public; 7. The Taliban will turn in heavy weapons like rocket launchers and mortars to the government; 8. The Taliban will not operate any training camps; 9. The Taliban will denounce suicide attacks; 10. A ban would be placed on raising private militias; 11. The Taliban will cooperate with the government to vaccinate children against diseases like polio; 12. The Madrassa of Maulana Fazlullah in Imam Dherai would be turned into an Islamic University; 13. Only licensed FM radio stations would be allowed to operate in region 14. The Taliban will allow women to work without any fear.

Aafia Siddiqui, a US-educated Pakistani scientist, was jailed in 2010 for attacking American soldiers in Afghanistan. She was the first woman to be suspected of Al-Qaeda links by the US, but was never convicted of it. After she was sentenced, Al-Qaeda›s then number two called on Muslims to «avenge» the decision. According to a source on the ground, the FATA demerger was something that the TTP was not ready to bargain on with the TTP team reportedly stating that ‘either through negotiations or war, Pakistan army will be removed from FATA’.

FATA was a semi-autonomous tribal region in north-western Pakistan that existed from 1947 until being merged with neighboring province Khyber Pakhtunkhwa in 2018. It consisted of seven tribal agencies (districts) and six frontier regions. Earlier, it was directly governed by the Pakistan government through a special set of laws called the Frontier Crimes Regulations with the region attaining its ‘autonomy’ in many other matters. FATA is strategically important for GHQ as it borders Baluchistan and Punjab apart from Afghanistan›s provinces of Kunar, Nangarhar, Paktia and Khost.