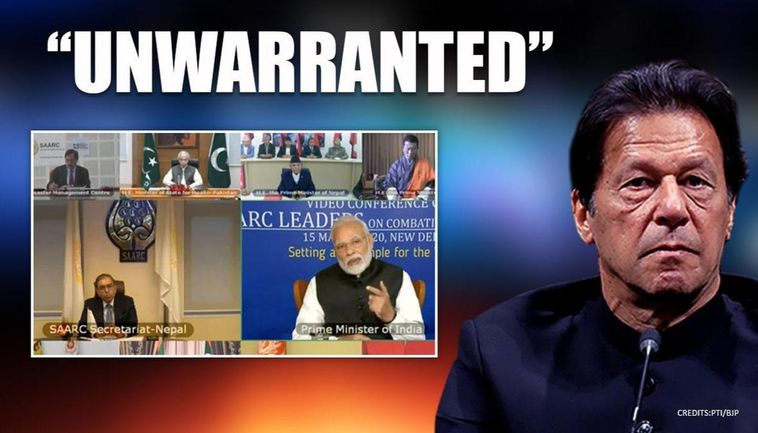 After two and a half years, on the occasion of Pakistan Day on 23 March, Indian Prime Minister Narendra Modi wrote a letter to Prime Minister Imran Khan. In his letter, he not only congratulated the Pakistani people but also expressed his desire to establish closer ties with Pakistan. However, when the Prime Minister of Pakistan, Imran Khan, sent a message to move forward together and put an end to common regional issues like poverty and diseases, the Modi government not only did not respond to his message but on the contrary, deprived Kashmiris of special status.

Rumors have started circulating about the sudden resumption of relations between the two, after two and a half years. The two sides first pledged to ensure the implementation of the ceasefire agreement on the Line of Control in Kashmir. Later, Prime Minister Imran Khan’s plane used Indian airspace during his visit to Sri Lanka. A Pakistani skeet shooter is in India for the ongoing shooting World Cup in New Delhi, while the talk has concluded on the Indus water treaty yesterday between the two countries.

Hurriyat leader Syed Ali Shah Gilani has said that there are indications of covert activities in Kashmir. There is no doubt that Kashmiris are the biggest supporters of the moves to improve relations between Pakistan and India. The Kashmiris are the ones who are the most affected by the deterioration of relations. God willing, if the Kashmir issue is put in cold storage to restore these relations, it is not acceptable not only to the Kashmiris but also to the Pakistani nation. No patriotic Pakistani is in favour of improving relations with India at the expense of Kashmir. In the past, when Nawaz Sharif tried to strengthen ties with India at a personal level and the people took notice of it and disapproved of it. Even now, if such an attempt is being made behind the scenes, the people will not remain silent. They will resist. At present, propaganda on the Kashmir issue is on the rise. Speculations are being made across the border. The government should respond to these speculations immediately. It is good for the two countries to forget the bitterness of the past and establish better relations. This is only possible when the cause of bitterness doesn’t exist.

How is it possible that the Kashmiri people remain under oppression and we expect peace in the region? In fact, the new US administration is working hard to restore peace between Pakistan and India. The US Consulate is also holding meetings with Pakistani politicians. On the other hand, Saudi Arabia and the United Arab Emirates are also trying to establish friendships between Pakistan and India. All this has worried the Kashmiris. They grieve that something is brewing about Kashmir and they are being kept in complete darkness about it. The struggle of Kashmiris has been to achieve the right of self-determination; the Kashmiris will not agree to anything else. God willing, if a decision is made by force, it will create a new atmosphere of conflict in the region and one will not be able to control it.

India’s past record is very bad in terms of conducting its relations with Pakistan. It has maintained its illegitimate occupation of Kashmir without taking the world into consideration. The offer of mediation of the international community on Kashmir was rejected by India. The aggressive move of 26, 27 February 2019, and the attempt to annex Kashmir on 5 August 2019 is no secret. Therefore, our rulers should remember the sacrifices of Kashmiris as well as Indian stubbornness before taking any step on Kashmir. The Pakistani people do not elect their rulers to expand and protect their personal trade and business with other countries. There is no problem if the Modi government is willing to negotiate with Pakistan, considering Kashmir a core issue.

There are rumors circulating about Kashmir all over the world including Pakistan and India. It is increasing the uneasiness of the Kashmiris. Therefore the government of Pakistan should immediately issue an explanation so that the facts are known to everyone.