Gilgit-Baltistan: The land of peaks, streams and disputes 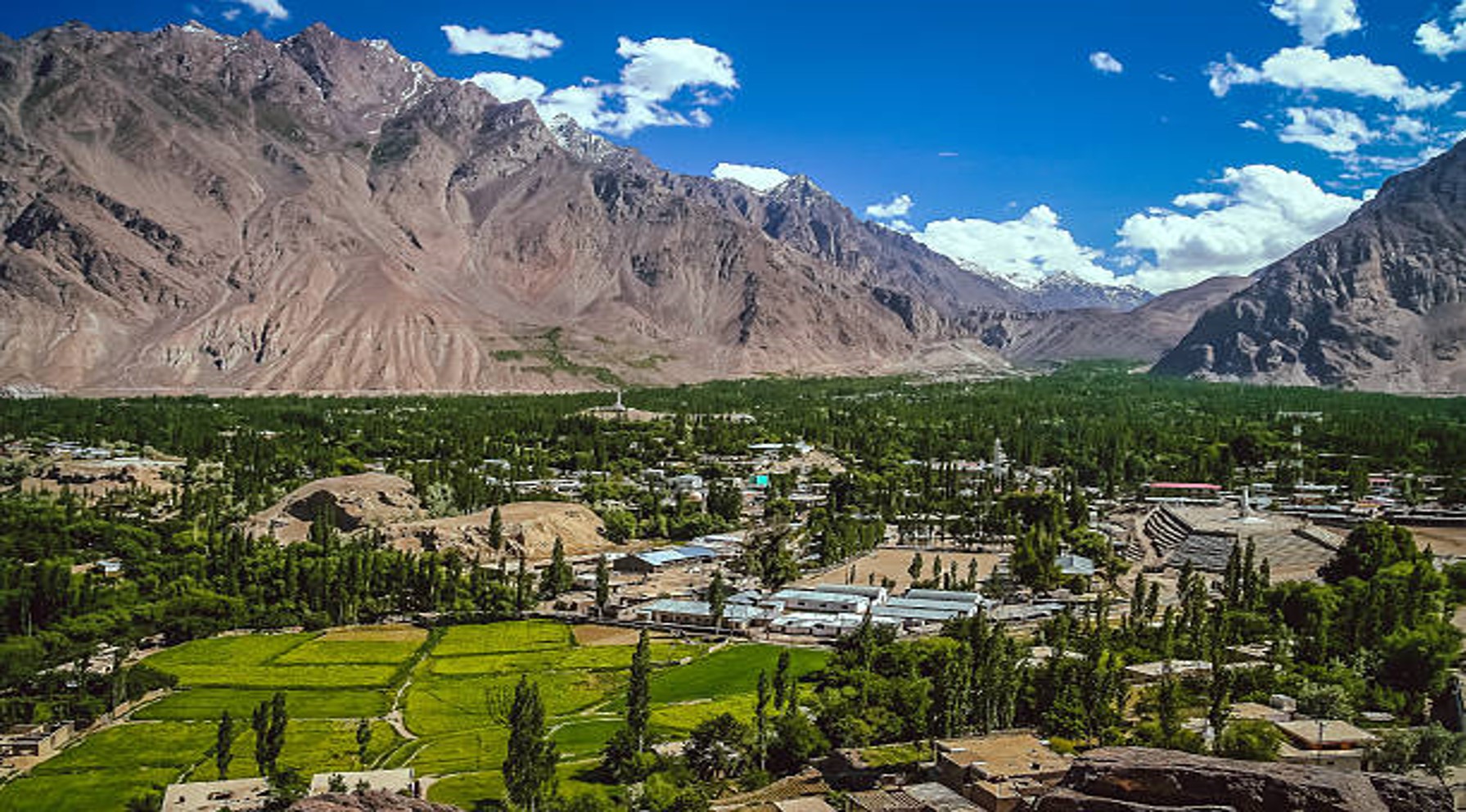 Seven decades after it took control of the region, Pakistan is moving to grant full statehood to Gilgit-Baltistan, which appears as the northernmost part of the country in its official map. The scenic region, which was featured in Hollywood thrillers like Vertical Limit (2000), was part of the erstwhile princely state of Jammu and Kashmir and is claimed by India.

During the first Indo-Pak war of October 1947, Pakistan occupied 78,114 sq km of the land of Jammu and Kashmir, including the ‘Northern Areas’. The Northern Areas is the other name of Gilgit-Baltistan that Pakistan has used for administrative reasons because it was a disputed territory.

But that is likely to change as an assembly election on November 15 will pave the way for fuller political rights for the roughly 1.2 million residents of the region, which will become the fifth State of Pakistan after Sindh, Punjab, Balochistan and Khyber Pakhtunkhwa.

The political nature of Gilgit-Baltistan has been directionless from the beginning. Pakistan initially governed the region directly from the central authority after it was separated from ‘Azad Jammu and Kashmir’ on April 28, 1949. On March 2, 1963, Pakistan gave away 5,180 sq km of the region to China, despite local protests. Under Prime Minister Zulfiqar Ali Bhutto, the name of the region was changed to the Federally Administered Northern Areas (FANA).

Pakistan passed the Gilgit-Baltistan Empowerment and Self Governance Order in 2009, which granted “self-rule” to the ‘Northern Areas’. There were protests in the area at that time from people who demanded an executive form of government based on international resolutions. The local situation altered considerably with Pakistan signing an agreement with China for mega infrastructure and hydel power projects in September 2009. With the agreements arrived Chinese investments and heavy machinery, which found both support and opposition from the locals.

On January 17, 2019, a seven-judge bench of the Supreme Court of Pakistan, led by Chief Justice Mian Saqib Nisar, took up the constitutional status of Gilgit-Baltistan. The purpose of the court’s intervention was to determine the extent of political rights that could be enjoyed by the people of the ‘Northern Areas’. Over the years, the region has acquired a government and a council, which gave it a de facto status of a province of Pakistan, but the constitutional status of the region remained vague without explicit statehood. The Supreme Court allowed Islamabad to amend a 2018 administrative order to hold general elections in the region. The Gilgit-Baltistan Order of 2018 provided for administrative changes, including empowering the Prime Minister of Pakistan to legislate on an array of subjects.

One of the main reasons for the rebellion in the region in 1947 was the sense of alienation that the population felt towards the Dogra rulers of Srinagar, who operated under the protection of the British government. Under the post-1947 special administrative arrangement, local councils worked to meet economic, social and educational development of the region. Irrigation channels, protective bunds, roads and pony tracks were built during the early years of Pakistan.

According to Banat Gul Afridi, a bureaucrat who wrote an authoritative account of life in Baltistan, a post office was added between 1948 and 1958 when the bloodless coup of General Ayub Khan took place in Pakistan. Radio, telegraph and telephone stations were added in the next decade.

One of the most mountainous regions in the world that is rich with mines of gold, emerald and strategically important minerals, and is known for its extraordinary scenic beauty, diversity and ancient communities and languages, Gilgit-Baltistan is largely an underdeveloped region.

It’s home to K-2, the second tallest mountain in the world. Tourism remains restricted by many factors, including military hostility, though the region has some of the ancient Buddhist sculptures and rock edicts. It is also home to an old Shia community, which often finds itself subjected to persecution in Pakistan’s urban centres. At present, a Governor and an elected Chief Minister rule the region, which is divided into Gilgit, Skardu, Diamer, Astore, Ghanche, Ghizer and Hunza-Nagar.

The region is known for high altitude dams because of both local and Islamabad-driven initiatives. Mountain streams and rivers are often harvested for local community needs. The tradition of building dams and bunds dates back to the reign of Balti King Ali Sher Khan Anchan of 1580-1624, who built the famous bund at Satpara Lake, which helps in watering Skardu. The water-rich region’s biggest hydroelectricity project is the Diamer-Bhasha dam, which was launched in July 2020.

Following Pakistan’s announcement of holding the legislative election in Gilgit-Baltistan, India reiterated its territorial sovereignty over the region with the Ministry of External Affairs stating that the Pakistani move to change the status of the region will “have no legal basis whatsoever”. India has consistently opposed Pakistan’s activities in Gilgit-Baltistan. It also opposed the announcement of the commencement of the Diamer-Bhasha dam in July. There have been local and international concerns as reports suggest priceless Buddhist heritage will be lost once the dam is built.

India has objected to the use of Gilgit-Baltistan to build and operate the China Pakistan Economic Corridor (CPEC), which cuts through the region before heading to the Arabian Sea coastline of Balochistan’s Gwadar port.

Gilgit-Baltistan in recent years has witnessed sporadic protests against Islamabad. The protests were fuelled by loss of land and livelihood of the locals to mega projects that are being championed by Pakistan and its international partners like China. There is a growing feeling that full statehood will help the locals fight their battles inside Pakistan on an equal basis. On the other hand there is a widespread feeling that Pakistan, under pressure from China, is firming up its control over Gilgit-Baltistan, eventually creating conditions for the declaration of the Line of Control (LoC) in Kashmir as the International Border.

Beginning with the August 5, 2019 decision by India to withdraw the special status of Jammu and Kashmir, a number of developments have taken place on both sides of the Line of Control. Senior leaders like Defence Minister Rajnath Singh declared that the decision will pave the way for reclaiming Pakistan-occupied Kashmir (including Gilgit-Baltistan). India launched a new political map last November, which showed the Gilgit-Baltistan region as part of the new Union Territory of Ladakh. In response, Pakistan laid claim to Ladakh and the whole of Jammu and Kashmir in its map. An election and full statehood for Gilgit-Baltistan will likely infuriate India, which will perceive it as a step to deny reclaiming PoK ever in the future.

Gilgit-Baltistan is important for Pakistan as it is the gateway for the CPEC. But for India, the region represents the continuity with the past of Jammu and Kashmir, which included Gilgit-Baltistan at the time of Partition of 1947. Significantly, the ongoing stand-off with China at the Line of Actual Control in Eastern Ladakh has a Gilgit-Baltistan connection as the Darbuk-Shyok-DBO road of India is viewed as a tactical roadway to access the Karakoram Pass, which provides China crucial access to Gilgit-Baltistan and Pakistan.

Full statehood for the region may give Pakistan a political and legal upper hand and strengthen China’s position in the region, but Gilgit-Baltistan will continue to remain one of the hotspots in the tense India-Pakistan relations.