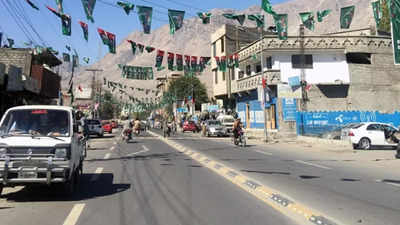 Gilgit-Baltistan is a region which India considers as part of undivided Jammu and Kashmir but under current administration by Pakistan. The region has been a regular feature of India-Pakistan conflicts involving Kashmir.

The Gilgit-Baltistan Issue came to the fore, when the government of Pakistan decided to grant it “provisional provincial status” in May 2020.

Earlier the region was a “provisional autonomous region”. The government of India condemned this move as illegal since the Gilgit-Baltistan area is considered as part of Jammu and Kashmir and by extension an integral part of India.

Background of the Gilgit-Baltistan Issue

Unlike the occupation of ‘Azad Kashmir’, Pakistani control of Gilgit-Baltistan came at the scheming of two British officers, Major Brown and Captain A S Mathieson. When Maharaja Hari Singh signed the instrument of accession on 31st October 1947, the two officers of the Gilgit Scouts, the primary military presence in the region – mutinied and launched a coup that deposed the governor appointed by Maharaja Hari Singh.

They raised the flag of Pakistan and invited its administration to occupy the region. Although the two British officers had claimed to have acted on their own accord, it has been speculated that their government had directed them to hand over the territory as part of an understanding between Arab nations that supported Pakistan along with curbing the Soviet Union’s influence in the region through its ally, India.

Regardless of the reasons, the Gilgit-Baltistan region has been under the grip of Pakistan since then. India considers this an illegal occupation by Pakistan and any move to change its territorial borders of administrative status has been met with condemnation by the Indian government ever since.

Gilgit Baltistan is under the direct administration of the federal government of Pakistan. Governed by a council headed by the Prime Minister, though a state legislature is elected with limited powers.

Although the Gilgit-Baltistan (Empowerment and Self-Governance) Order, 2009 gave greater powers to the state legislation council, the real power still rests in the hands of the federal government at Islamabad. The act also the earlier name of Northern Areas to the current one in place today.

India has alway considered the continued occupation of Gilgit Baltistan as illegal. In 1994 the Indian parliament had passed resolutions claiming both Gilgit Baltistan and Pakistan-Occupied Kashmir as part of the state of Jammu and Kashmir, forming an integral part of Indian territory.

The other concern is about the growing China-Pakistan relations. Pakistan had handed over some parts of Gilgit-Baltistan to China in 1963. Since then many development projects have taken place in the region, the most well known being the China-Pakistan Economic Corridor (CPEC).

These projects are considered an attack on India’s sovereignty and territorial integrity.Therefore, the China Pakistan Economic Project constitutes a major part of the Gilgit Baltistan issue as this has escalated tensions between the two countries.

Latest Developments regarding the Gilgit-Baltistan Issue

On 24 June 2020, the government of Pakistan announced that elections would be held in Gilgit Baltistan. This came after a presidential proclamation on 16 May 2020. It was opposed by India, citing that no elections could be held in a disputed territory.

Another cause for concern is the recent agreement by China and Pakistan to build five large dams in Pakistan. One of them would be built in Gilgit-Baltistan. This project is in line with Beijing’s One Belt One Road initiative, leading to speculation that China is aiming for increased presence in the region.

It can be safely said that the removal of Article 370 in 2019 has led to many of these developments as of late. The Indian government must strengthen its resolve to raise the Gilgit-Baltistan Issue on the international level and try to resolve this dispute with peaceful means.

The Gilgit-Baltistan is still a simmering dispute between India and Pakistan and with the recent Indian-China border clash at the Galwan-Valley, it seems likely that China will bolster troop presence in the region in order to protect its projects there. It remains to be seen how this issue will play out in the coming years