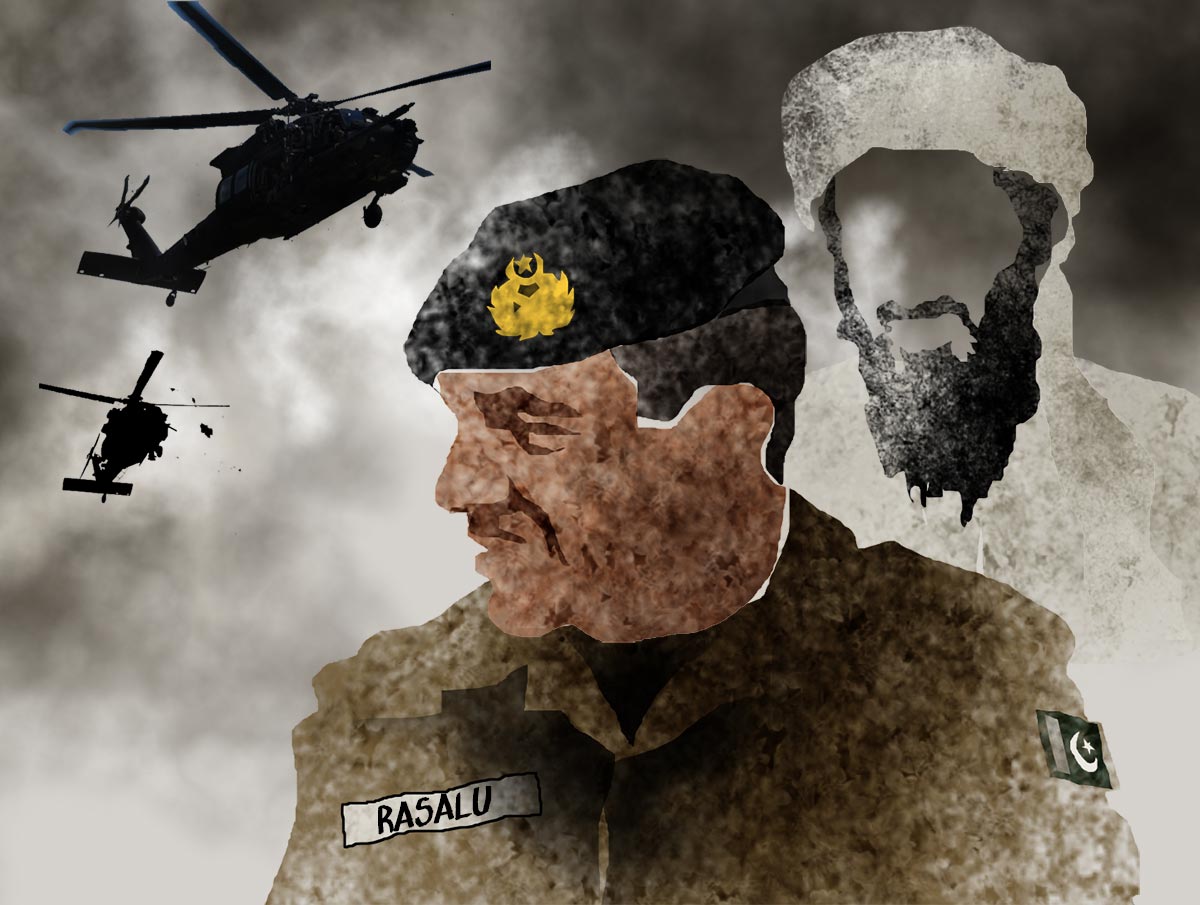 A new book, Honour among Spies (Harper Collins, India, 2020) by Pakistan’s former ISI chief, Lieutenant General Asad Durrani (retd) has just hit the stands. Claimed to be a fictional account, with ‘any resemblance to actual persons, living or dead, being entirely coincidental’, it is nevertheless a hard-hitting critique of those currently in power in Pakistan’s military establishment. With scarcely ill-conceived angst, Durrani describes in detail the travails he had to face in an inquiry by the Inter-Services Intelligence after his jointly co-authored book with former R&AW chief A S Dulat, The Spy Chronicles: RAW, ISI and the Illusion of Peace (Harper Collins, 2018) saw the light of day in Pakistan.

Durrani’s pension was stopped temporarily (since restored) and he was put on an Exit Control List while this inquiry was being conducted. Durrani asserts confidently that the inquiry could find nothing detrimental against him, as he had not disclosed any State secrets which were not already known or had not been disclosed earlier by other generals like Pervez Musharraf, in his book, In the Line of Fire. A memoir, (Simon & Schuster, 2006).

He points out that he told his interlocutors in ISI that he had rather been able to get much more out of Dulat about India’s mishandling of events than he had revealed, about the ISI’s support to ‘non-State actors’ in Kashmir.

Durrani believes the real reason why he was harassed was that he had let on, in interviews to the BBC and Al Jazeera while at conferences abroad, that the Pakistani army leadership may have been aware of Osama bin Laden’s whereabouts in Abbottabad (his gender is converted to a female here) and was privy to the US Navy Seals’ Operation Neptune Spear to take him out in May 2011. This had been worked out in a deal between then Pakistan army chief General Ashfaq Parvez Kayani, then ISI director-general Lieutenant General Ahmed Shuja Pasha and the concerned American officers in the CIA, after a Pakistani colonel serving in the ISI had walked into the US embassy in Islamabad and had ‘blown the whistle’.

The deal was to have otherwise remained under wraps. Durrani admits having disclosed to his foreign interlocutors: ‘It was more likely that they knew about the raid, which otherwise would have been very risky: Vulnerable to interception, ground fire, and resistance from bin Laden’s security guards or the locals’; ‘If I were at the helm of affairs in Pakistan, I would have tracked down’ Bin Laden, kept him where no one suspected, and one day asked the US to come take him away. Of course, he ‘would express ignorance and concede incompetence when it came to interdicting a foreign raid well inside Pakistani territory, but would not risk domestic backlash for helping a foreign power kill a local hero’. He also admits, ‘It started with a “walk-in” Colonel, who betrayed bin Laden’s whereabouts, a former intelligence man, who had served under him earlier’.

Throughout the book, Durrani uses the thinly veiled nom de plumes for his fictional characters, which are not only hilarious but can be easily identified with real personalities who played a role during interesting phases of Pakistan’s recent history, and especially, in its relations with India. In the book, he plays Osama Barakzai in the first person, a Pashtun tribal whose feudal ancestors settled in Gujrat (Pakistani Punjab). Musharraf is named Gulrez Shahrukh, current Pakistan army chief Qamar Javed Bajwa is called Jabbar Jatt, whom Naveen Sheikh (Nawaz Sharif) selected out of turn and merit, as the Sharifs were family friends of Bajwa’s in-laws.

Hamid Gul is Gul Muhammed, Aslam Beg becomes Akram Moghul, current Prime Minister Imran Khan is named Khurshid Qadri, a ‘U-turn specialist’ and so on. Former army chief Ashfaq Parvez Kayani is identified as ‘Raja Rasalu, once one of the author’s ‘favorite students’ at the Quetta Staff College (Durrani was an instructor there), who is described as ‘one of Pakistan’s rare thinking generals’, who became ‘rather vulnerable to temptation, financial or professional’ later in his career (a reference to known allegations about the involvement of Kayani’s relatives in lucrative business deals while he was army chief).

The all-powerful army establishment is referred to as ‘the National Guards’, the ISI headquarters where Durrani is repeatedly interrogated becomes the ‘Lair’. Several ISI interrogators are named and described, who could perhaps be easily identified by serving peer officers in Pakistan. Dulat is ‘Randhir Singh’, the Kargil ‘misadventure’ is described as ‘the Pir Panjal pass’.

The recently murdered Kashmiri journalist, Shujaat Bukhari is called Wajahat Samarkandi. Well-known American journalist Seymour Hersh, who worked on the Osama bin Laden story is named Simon Hirsh. Former prime minister Atal Bihari Vajpayee is referred to as ‘Sharma’ and Manmohan Singh is called K I Gujjar. The Kartarpur gurdwara becomes Sardarpur. Interestingly enough, Durrani also discloses in the book that an approach was made to him by diplomats in the US, UK, and Germany (obviously intelligence officials undercover) in Islamabad to get more details of his interaction with the Indians which led to his book with Dulat.

Apparently, as claimed by Durrani, a similar approach was made to Dulat in Delhi. While not much succor was given on the Indian side, Durrani decided to hold several clandestine meetings with his diplomat contacts to ascertain what their game was. Nothing much seems to have come out in this endeavor. The fictional denouement is resolved finally as a partial exoneration for Durrani in the Federal Shariat Court, at one stage of whose proceedings, one Bashar Khan of air defense, who apparently identified and disclosed to the Americans gaps in air defense at OBL’s Abbottabad hideout, was to appear as a witness but fails to testify at the last minute, fearing for his life.

As the case unfolds with a reserved judgment, Durrani suggests that the current army chief was egged on to harass him by Kayani, who was Bajwa’s former boss and belonged to the same regiment. Quoting Ghalib, the author laments, ‘Ya rabb, wo na samjhein hain, na samjheingey mairi baat. Na dey dil unko, toe dey mujhko zuban aur (I was misunderstood and will always be. Oh God, give them another heart or me another voice).

Publication of this book, albeit a fictional account, is interestingly timed, as it is written by a retired Pakistani general at a turbulent juncture in Pakistani politics when the role of the generals in disrupting democracy has been starkly questioned by Nawaz Sharif. More so, that it could be smuggled out for publication in India. Durrani’s disclosures could leave considerable egg on the face of those currently wielding the stick in Pakistan.