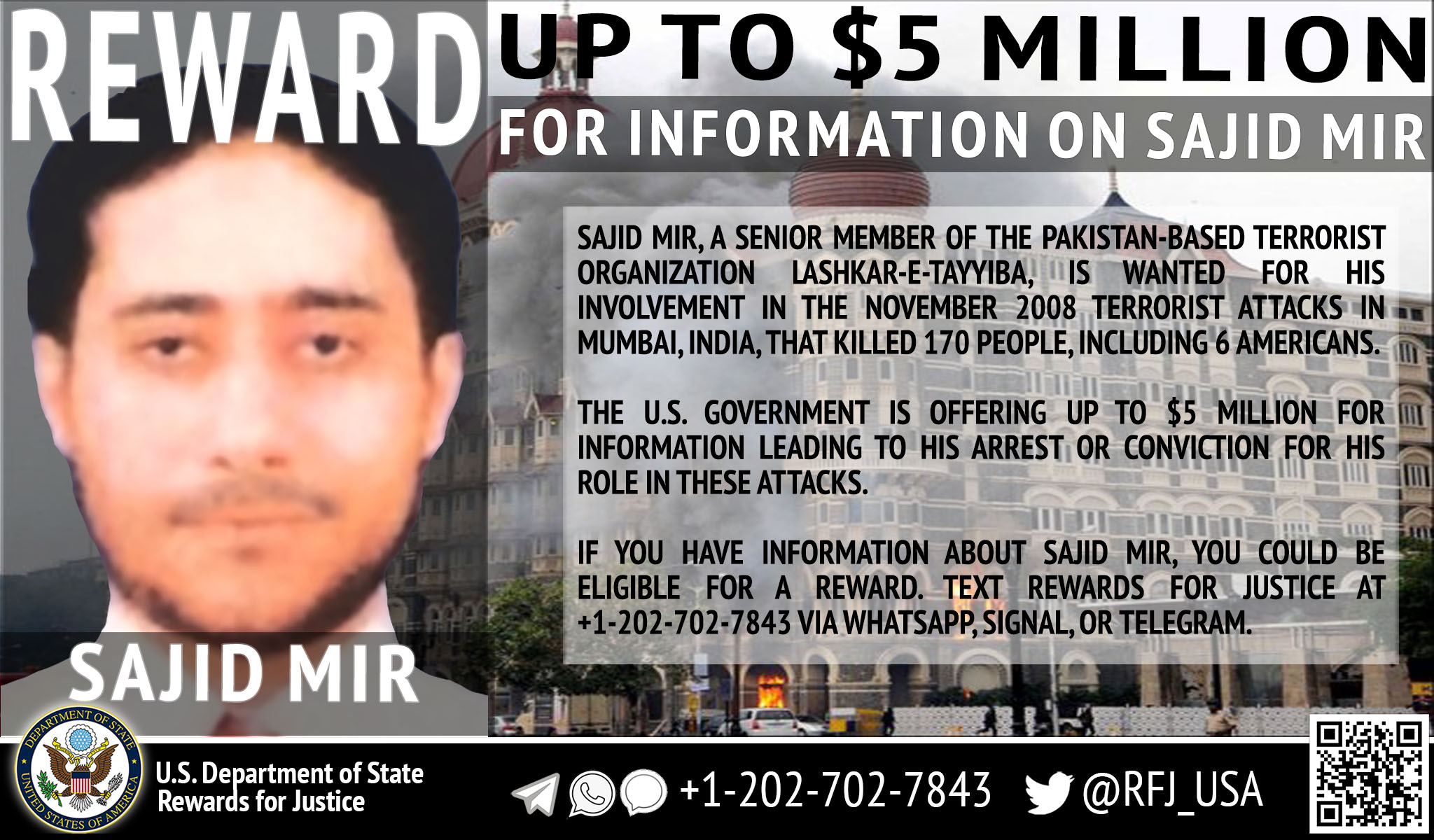 Pakistan has termed the US State Department’s statement on the sentencing of banned organization’s leader Zaki-ur Rehman Lakhvi as misleading and said that Pakistan was abiding by its laws and complying with its international obligations. Foreign Office spokesman Zahid Hafeez Chaudhry said the State Department should focus on India’s state terrorism instead of raising its concerns about Pakistan. Pakistan has provided irrefutable evidence to the United States on India’s state terrorism, terror financing, planning and training. The US should act on this evidence. Our Foreign Office spokesman has already clarified that Pakistan’s justice system is free from external factors or influences.

The legal process in the Mumbai case is stalled due to India’s non-cooperation. India does not want to send its witnesses in the Mumbai case to a Pakistani court for cross-examination. Evidence suggests that after the BJP came to power, India deliberately planned to sever ties with Pakistan or at least keep it at a low level. Trade, cultural, political, diplomatic, and tourism relations between the two states were active despite all the tensions. If at any time there was tension at the government level, things would soon return to normal due to the efforts of non-governmental efforts.

The extremist government of India used two incidents to break this pattern of interaction. The first was the so-called attack on the Indian Parliament in December 2001 and the second was the 60- hour long attack on Mumbai in November 2008. India blames Mumbai attacks on Pakistan and some organizations here. For years, Indian officials have been urging visiting delegations and heads of state to condemn the Mumbai attacks, and to declare Pakistan a haven for terrorists. The US announced its withdrawal from Afghanistan in 2014. India persuaded the US that Pakistan’s role in the war on terror was suspect. In order to meet its demands, India has presented itself as a big market.

India has allied itself with all the countries that have the potential to influence global decisions by signing arms, technology, and trade agreements with them. Against this backdrop, Pakistan’s cooperation and offer of a transparent investigation into the Mumbai attacks could not be accepted and India’s unilateral stance continued to grow globally. In this regard, some of the blame lies with the previous governments which did not plan to counter Indian activities and propaganda at the foreign level. Nawaz Sharif-led PML-N government did not even appoint a foreign minister for four years, which was a great loss to Pakistan.

At the request of the international community and India, Pakistan started an investigation into the Mumbai attacks. It was an expression of the fact that Pakistan is a responsible state and does not act in a non-cooperative manner even when allegations are hurled against it. Pakistan has launched legal proceedings in a Rawalpindi court against eight accused of the Mumbai attacks. Experts familiar with the case say the testimony of 72 witnesses has been recorded so far. The trial against all the accused began in 2009, but it is still going on because of India’s non-cooperative attitude and lack of mutual trust.

India wants to achieve many goals by prolonging this case and avail of every possible opportunity to accuse Pakistan of being a sponsor of terrorism. Every time the case gets published in the media, it latches on to it and blames Pakistan for terrorism. Due to prolonged hearing of the case in Pakistan, India also gets a chance to mislead peace-loving countries and the international community into believing that Pakistan is not ready to punish those involved in the Mumbai attacks.

A few weeks ago, Pakistan presented evidence of Indian involvement in terrorism inside Pakistan in the form of a dossier to the US and the United Nations. The US did not bother to condemn India despite clear evidence of Indian hand behind terrorism in Pakistan. The US government showed its partiality by removing India from the list of countries violating religious freedom some two months back. Contrary to that many US organizations and institutions have been releasing reports about the massacre of minorities in India for the past several years. “There have been reports of oppression and religious intolerance in Pakistan“.

The United Nations, the European Union, Genocide Watch, Amnesty International and US human rights organizations have been highlighting terrorism and human rights abuses in India. US officials must realize the dangers of keeping all their eggs in India’s basket in a changing world. Pakistan is a peaceful country and it would not be right to ignore its role in bringing peace to the region.