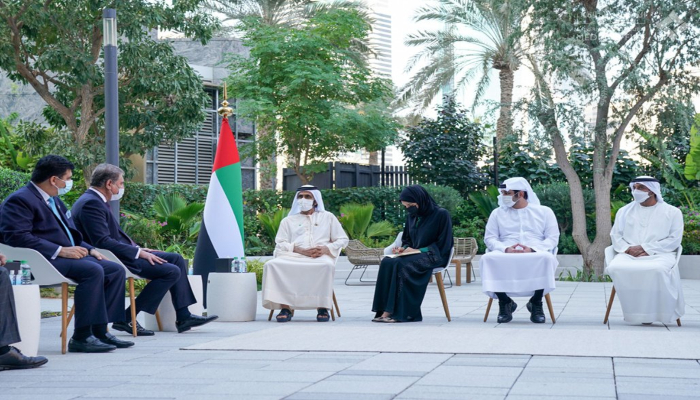 Foreign Minister Shah Mehmood Qureshi’s visit to the UAE has led to many whispers in Pakistan. One internal story is cooking that there is the possibility of immediate repayment of the 3 billion dollar loan given to Pakistan by the UAE. The Foreign Minister has taken an urgent message from Prime Minister Imran Khan to The United Arab Emirates urging him not to seek immediate repayment of the loan.

The UAE and Saudi Arabia are taking a similar approach to Pakistan. Saudi Arabia deported thousands of Pakistanis and refused to increase the number of work visas for Pakistan. The UAE suspended visas to Pakistan and ten other countries did so in the name of Corona. India is one of the worst-affected countries with Corona in the world; the death toll in India is many times higher than that of Pakistan but no such ban has been imposed on India in both countries.

Both Saudi Arabia and the UAE are angry that Pakistan is not recognizing Israel. According to US media reports, a Pakistani government adviser had been sent on a visit to Israel to appease the two countries. The statement of son-in-law and adviser to US President Trump, that Pakistan will recognize Israel before Trump’s resignation on January 20 is also being widely publicized.

Another internal story is that there are currently 2.6 million Pakistanis working in Saudi Arabia and 1.6 million in the UAE. The Pakistani Foreign Ministry has been informed that these two Arab countries may, at some point, terminate the jobs of these millions of Pakistanis and send them back. In this regard, the sudden visit of Indian Army Chief General Naravane to Saudi Arabia and the UAE have yielded significant results. According to Al Jazeera television, General Naravane’s defense agreements with the Saudi and Emirati governments are very important. He has assured these governments that even if both the countries were to expel Pakistanis, millions of Indians could be sent at much less cost.

The return of 5.2 million Pakistanis working in these two countries could eliminate huge foreign exchange earnings. On the other hand, such large no of unemployed Pakistanis in the country could create more problems. Protecting the future of the 2.6 million people working in the UAE is a key point in the context of the sudden visit of the Foreign Minister of Pakistan to the United Arab Emirates!

UAE Foreign Minister Sheikh Abdullah bin Zayed Al Nahyan has said the decision to suspend the issuance of visas to Pakistani citizens was taken due to the coronavirus pandemic and the restrictions are “temporary”, it emerged on Sunday. The move comes as a surprise because, even though Covid-19 infections and deaths have seen a rise in Pakistan in recent weeks, the country has been praised by the World Health Organisation, among others, for its handling of the health crisis. Some other countries with much higher caseloads were not barred by the UAE.

The statement was issued after Foreign Minister Shah Mehmood Qureshi paid a two-day official visit to the UAE during which he held meetings with the top Emirati leadership. Qureshi had met Nahyan on Thursday. He had apprised his counterpart of the difficulties being faced by the Pakistani community in the UAE, but no discussion about the visa issue was made public at the time.