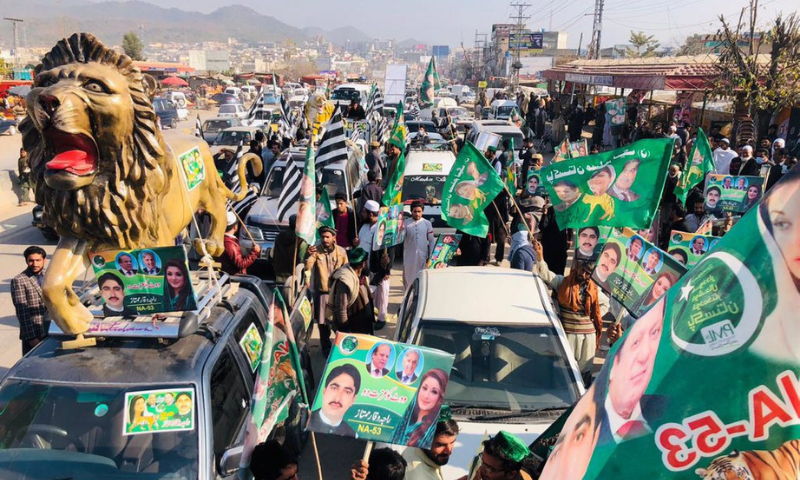 The PDM is demanding an inquiry into the foreign funding case of Imran Khan and the PTI and aim to highlight the delay in concluding the case that has dragged on for more than six years. The Election Commission of Pakistan (ECP) is expected to hear the case on 20 January 2021 but at the same time, the ECP also summoned the PML-N and PPP on Monday regarding their foreign funding case just before the PDM’s planned demonstration in front of the ECP today 19th January 2021. The foreign funding case has opened a Pandora’s Box for the political parties in Pakistan. Shibli Faraz tweeted on the PDM protest in front of ECP, The government did not obstruct the protest. The flow of traffic on the highways of Islamabad is proof of Imran Khan’s democracy.

The nation has not forgotten when the PML-N government tortured PTI workers to protest peacefully. The nation can never forget the Model Town tragedy. Arif Hameed Bhatti argued that any party taking fund from anyone from foreign nationality cannot be accepted and is against the constitution of Pakistan. The opposition by demanding the PTI funding case final conclusion has opened a whole new chapter for foreign funding as the ECP has also summoned them in such cases. None of the parties PML-N, PPP or PTI is innocent and if such cases are persuaded the assemblies will be empty. There are rumours then Maulana Fazl Ur Rehman and his party JUI-F has also been involved in foreign funding and proofs are been collected against him.

Tahir Malik pointed out that the delay in resolving the PTI foreign funding case is questionable and Imran Khan has not come clean on the number of banks he has received funding. The PDM is demanding the final result of the PTI funding case and is protesting in front of the ECP but he argued that the outside ECP looks like a battlefield and rangers are deployed and bared wires are placed. Police officials have been instructed not to carry firearms; only Rangers will carry firearms. The Special Branch and the CIA have also been deployed for making arrests. Meanwhile, a heavy police contingent has been deployed at all entry and exit points of the Red Zone. Further, the ECP building has been completely sealed with concrete blocks and barbed wire while a large number of security personnel have been deployed outside the building.