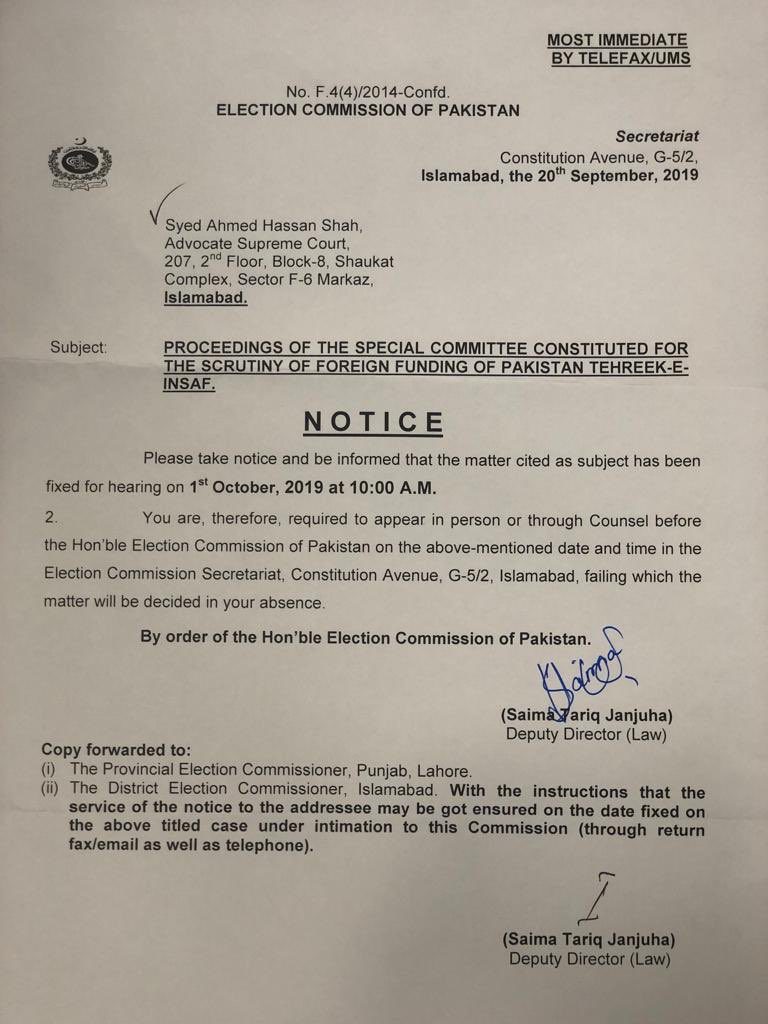 As the pressure builds on his party in the foreign funding case, Prime Minister Imran Khan has called for expanded public scrutiny of funds given to all political parties. Imran Khan made this statement in response to criticism by the opposition parties who have called on the ECP to conclude the case of the foreign funds allegedly received by the PTI. The matter has dragged on for over six years. While the PPP and PML-N have indicated they would accept Imran Khan’s challenge, the ECP has ruled out the option of a public hearing and has asked that “unnecessary comments” be avoided in this case.

Ironically, his view here is similar to the demands of the opposition parties, who have railed against a targeted witch hunt at the hands of the PTI and NAB. The PPP and PML-N have repeatedly pointed out that the rules of accountability are different for the ruling party and the opposition. In contrast, Imran Khan has not only claimed the anti-corruption drive is independent, he has also consistently hit out at his rivals in the opposition for evading accountability and disrespecting the judicial process. For him to call for an expanded inquiry at a time when his party is in the dock will be seen as an attempt to deflect attention from the case. Perhaps it is time he held himself to rigorous standards of accountability and came out with the facts regarding the PTI’s finances so that the foreign funding case can be put to rest.

Prime Minister Imran Khan has suggested that the “foreign funding case” be heard openly and shown live on TV. He also claimed that a few countries have been giving money to opposition parties but did not name them for fear of straining Pakistan’s relations with them. A petition is pending in the Election Commission against the PTI for receiving foreign funding. The Election Commission has set up a committee to scrutinize the case. In response, the PTI has objected to donations being received by PML-N and the PPP. The opposition alleges that foreign donors who have funded PTI include citizens of India and Israel.

Imran Khan now alleges that the governments of many countries have been financing the former ruling political parties of Pakistan and this situation is very serious. If, as a result of a transparent investigation, the donations received by any political party are found to be irregular, the entire party can be declared null and void according to the law. The tragedy is that the integrity and transparency of every institution are doubted in Pakistan. Opposition parties have accused the ruling party of delaying the investigation into the allegation of foreign funding case against them. Plaintiff Akbar S. Babar has expressed no confidence in the scrutiny committee of the Election Commission due to which the hearing has been adjourned. The Chief Election Commissioner has said that it will not come under any pressure.

The question now is who is sponsoring various political parties? Allegations of foreign funding were made in past too. But this is the first time the issue has come to the attention of institutions. Unfortunately, the election process has become costly, so it is important to follow the rules and regulations for keeping the financial affairs of political parties transparent. Until the electioneering process is made affordable, honest and sincere leadership cannot emerge.