Finding truth in the haystack of promises! 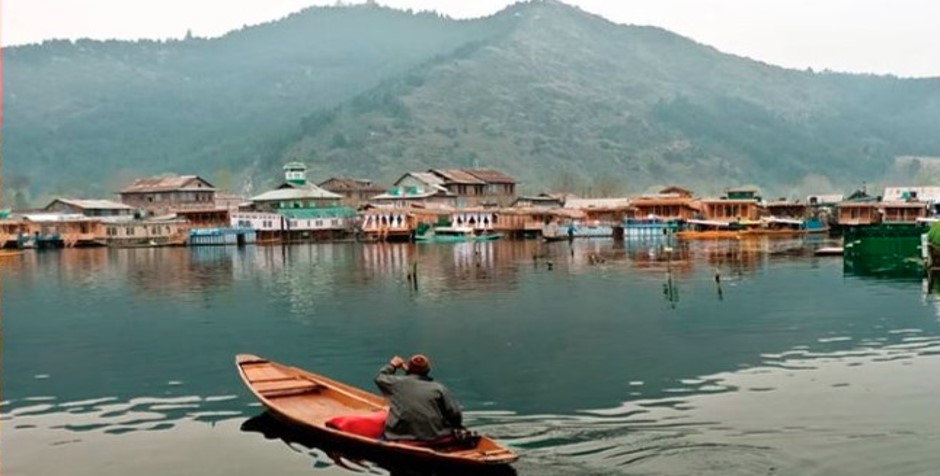 The roar of the wind is making me anxious. There is something in the air that makes me restless. I Know what it is. Its Kashmir! Kashmir ensanguined with bloodstains, be it of Kashmiri Pandits or of teachers singing ‘Jana Gana Mana. Kashmir, saluting the bravery and martyrdom of our soldiers and often defeating the cruel intentions of terrorists to disrupt its peace.

The scarlet luster of the Valley has never gone, but now it’s the blood that falls, not chinar leaves. Voices can be heard against this bloodshed, showing empathy and seeking justice for the victims, playing politics over the death of non-Kashmiris.

Just like there is no control over price hike and inflation, despite various claims, there are still over 150 cases of infiltration reported in the Valley amid the news of peace being established here. Stone pelting may have stopped, but firings are on a surge. Once again, target killings are making a buzz in the streets.

Terrorists are waiting for the right moment. It may not be as heinous as 1990s, but it is true and must be taken care of. While the event-loving government is celebrating the revocation of Article 370, it requires immediate action.

A dream of ‘New Kashmir’ has been promised. People believe that now the government has finally made it come true. Now jobs, business, profit, identity, security etc. will be given to every individual Kashmiri. Even those who had to leave their motherland could come back and relocate. The people who call them also make claims that everything is fine and peaceful.

Then it is promised that when they return, the government will not let them lack anything, they will get jobs, their lost homes and they will be welcomed with open hands. And all this is happening only because Article 370 has been removed.

Is it real? Is the government really doing justice to the world’s most educated Kashmiri Pandit community? They have been given fourth-class jobs and that too with a ‘compulsory’ clause that forces them to serve in Kashmir only.

Those who themselves cannot stand in Srinagar without security, with what confidence are they not only calling back the Kashmiri Pandits, but also claiming employment arrangements for them in the interior areas of Kashmir?

Is there a single politician who can move freely around in the Valley sans security? Even with a cloud of commandos, the politicians can’t admit the role of local onground terrorist’s in Kashmir. Therefore, forcing aborginals to return and serve is like a Hobson’s choice. First and foremost, there should be arrangement for the security of Kashmiri Pandits. Why doesn’t the government create a Kashmiri Pandit regiment on the lines of Dogra and Madras regiments and then make them serve in the Valley? A common Kashmiri Pandit will protect the country and himself and will also earn his livelihood.

I have said this before too, Article 370 was a peculiar irony for Jammu and Kashmir which had projected the Muslim society as a vilian, and on the other hand blocked the way for the development of areas like Jammu, Poonch, Rajouri, Kishtwar, Ladakh. What has been promised by abrogating Article 370, will that really happen? Will the root problem of Kashmir be solved? Will Jhelum be called Vitasta again? Will Kashmiri Pandits be able to live peacefully in their streets again? Will every displaced who has lived 700 years in the shadow of Islamic terror be able to roam in Kashmir with the tricolour in his hand?

It is a strange delusion and misogyny that the abrogation of Article 370 will give the Kashmiri Brahmins their abandoned land and roof and end terrorism in the Valley. The religious demographic of entire Jammu and Kashmir and Ladakh has changed. Today, the Jammu region, Poonch, Rajouri, Ladakh — almost the whole area — account for 50 per cent Muslim population. Wherever you see, you will find close to 50 per cent Muslims. The presence of the Gujar and Bakarwal communities settled on the land across the Tawi river is neither officially acknowledged by the government, nor the administration. But you cannot turn a blind eye to the fact that their presence also changes the demographics.

The day is not far when the indegenous Kashmiri Pandits and the Muslim community of Jammu will together oppose the abrogation of Article 370. And Kashmiri Hindus, who are celebrating the withdrawal of Article 370, will see their identity getting crushed right here.

Don’t know what makes the governments go to contemplation camps as soon as ‘Kashmir’ is disturbed. Worrying lines are visible on everyone’s forehead, but on the ground no one is seen doing anything except the army. The problem is that unless the government accepts that the Kashmir problem is a religious one, the hopes of a solution are blurred. Because not recognizing the problem even after recognizing is the real problem.

The second thing is that if the government considers Kashmiri Pandits a part of the problem, why are they not part of the solution? Why does everything remain as a ritual?

If Kashmiriyat is to be kept alive, the Muslims living in the Valley must understand that religious terrorism evicted Kashmiri Pandits from their own land in 1989. Had the common Kashmiri Muslims stood with the Pandits and protested then, they would have saved Kashmir from the fire of terrorism. Now if they can openly welcome their Kashmiri Pandit brothers and sisters, considering and correcting the mistake, then and only then real peace will be restored.

Like Abhimanyu, the hero of my book ‘Refugee Camp’, I also firmly believe that peace in any society can be brought only by the people of that society, neither the government nor the police can play any big role in it.

The hype around abrogation of Article 370 is far from reality. It needs to be seen in the future what benefits Jammu, Kashmir and Ladakh will get from this. For now, the removal of this one section will neither revoke terrorism, nor guarantee peace for the Kashmiri Pandits. It is for the Kashmiris themselves to decide whether they want terrorism or Kashmiriyat and peace co-existing with Kashmiri Pandits.

There is no doubt that these days Kashmir, which is stained with the blood of Hindus, Sikhs and non-Kashmiri citizens, can walk the path of peace not on the basis of symbolic events and festivals, but only on mutual reconciliation, understanding and discussion. Until then, keep singing this iconic Bollywood song, ‘Kasme waade pyaar wafa sab, baat hai baton ka kya…”