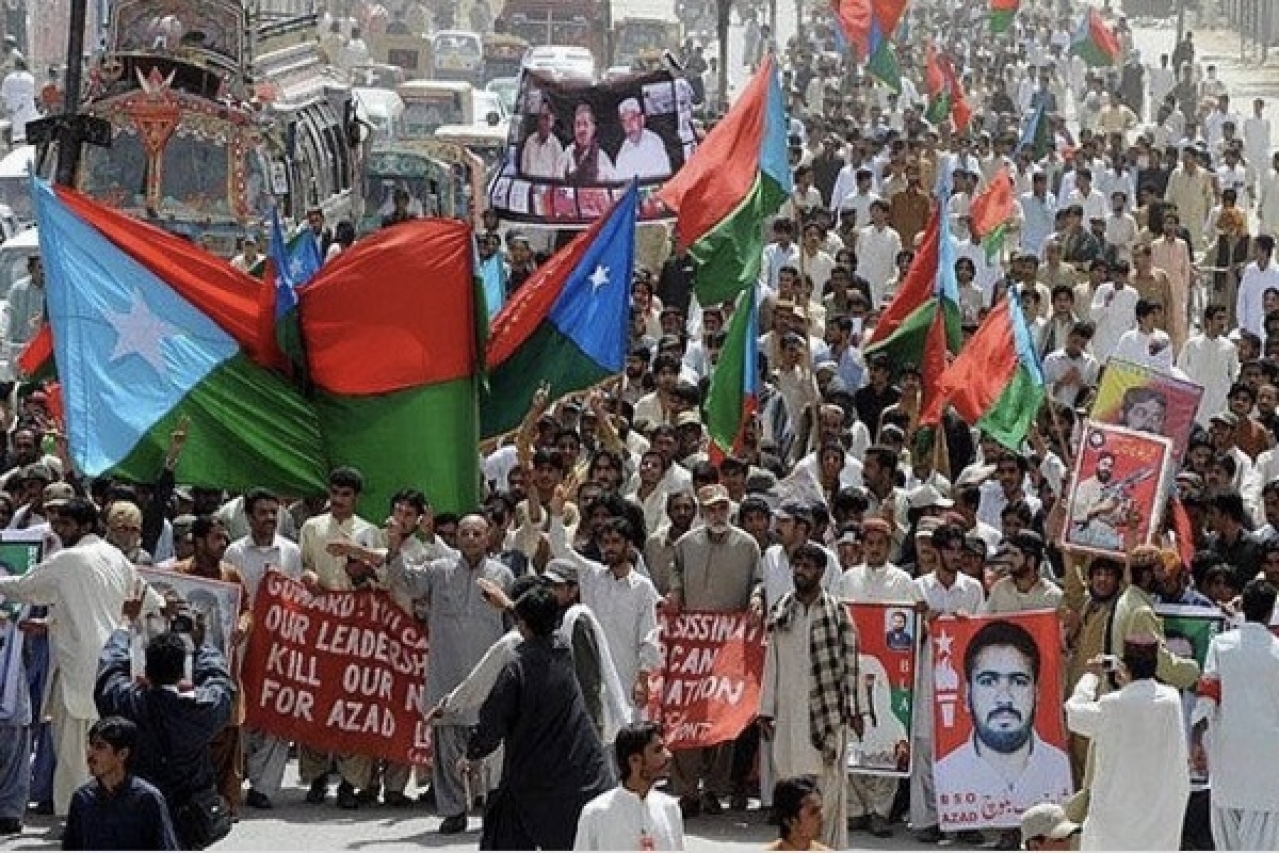 Families of the slain children continued to protest on the fifth day of the killings, outside the Governor house of Baluchistan with the bodies.

According to the sources, the family of two Baloch slain children Allah Buksh and Sharatoon are continuously protesting against their brutal killings and demanding justice for their lost children.

The family of the killed children have blamed the Frontier Corps for killing two of the minors and injuring another by firing a mortar shell in the Hoshab area of Baluchistan on October 10.

According to the sources, Deputy Commissioner Kech Hussain Jan, has also tried to bribe the family by offering them two million rupees and a house in Turbat city. The family refused their offers and demanded justice for their lost loved ones.

The family also demanded the dismissal of DC Kech who tried to manipulate the issue and also tried to whitewash the crimes of FC Baluchistan.

The family has also demanded that the FC must be barred from public places, towns, mosques and other populations.

The family of the killed children also demanded that the IG FC south must be nominated in the extrajudicial killings of Hoshab martyrs and Taj Bibi.

Khalil Baloch, the chairman of the Baloch National Movement, said in perspective of the Hoshaap incident that the humiliating experience of 73 years of slavery had instilled in Baloch a love for freedom that cannot be subdued and discouraged through the Pakistani army’s horrific barbarism, terrorism and war crimes.

He said, “The courage of the old Baloch on the Hoshaap incident and his standing before the Pharaoh of the time proved once again that barbarism is sowing the seeds of its own annihilation in its own womb.”

He figuratively remarked, “It is only a matter of time when in the court of history, those who are on the righteous side will prevail in the battle of truth against occupation and terrorism; moreover, falsehood will become a thing of the past.”

Khalil Baloch said that events like Hoshaap are a historic junction in the journey of independence. “Such events evaluate us, help us in identifying our friend and foe. Furthermore, such incidents go on to fight the enemy and gain immortality, providing new energy to the movement. The Baloch national reaction against the Hoshaap incident once again defeated the aggressive policy of brutally subjugation and terrorism, and once again ignominious humiliation and defeat came in the share of Pakistan,” he added.

Khalil Baloch said that the Baloch national liberation movement has turned into a people’s movement. The atrocities perpetrated by the enemy to crush the movement have resulted in a wider and more comprehensive movement.

Chairman Khalil Baloch summed up, “It is very unlikely that Pakistan will stop further barbarism, but it is certain that the Baloch-Pakistan relationship is an example of water and oil that no alchemist in the world can bond both together.”