Facilitating the return of Kashmiri Pandits 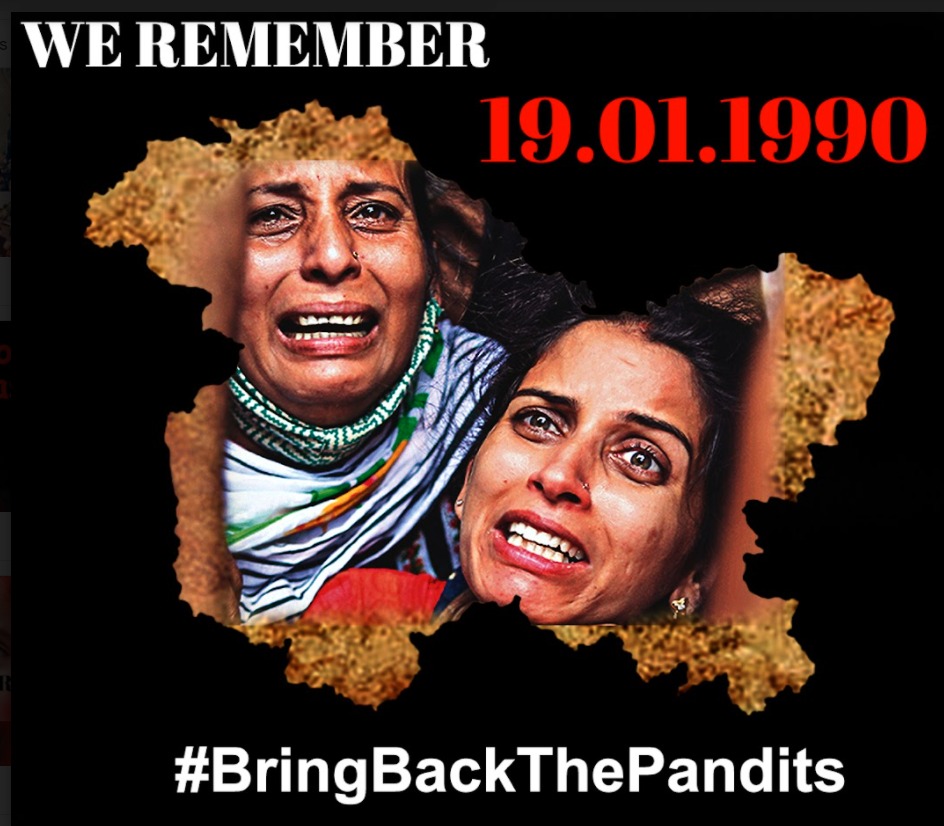 The displaced community must be welcomed back in an atmosphere of peace and harmony in the Valley
As a law-abiding Indian citizen and Indian Muslim, my heart is shattered after witnessing the dastardly killings by The Resistance Force (TRF) in Kashmir, including those of chemist Makhan Lal Bindroo, principal Supinder Kaur and a Kashmiri Pandit, Deepak Chand, who had returned from Jammu to his ancestral house, plus thousands of others since 1947. Sadly, the land of Sufi saints and sadhus alike, Syed Bulbul Shah, Mir Sayyed Hamdani, Nund Rishi (Nooruddin Wali), Utpaladeva, Bhagwan Gopinath, Lal Ded, Rupa Bhawani, Habba Khatoon and many others has become a hellhole

What’s more lamentable is that no Muslim group has taken to the streets to condemn the killings. The matter became even more heart-rending when a spokesperson from the National Conference stated that of the 30 ruthlessly murdered Kashmiris, 24 are Muslims! This Hindu-Muslim bandwagon that had started in 1947 hasn’t waned to date.

Dilbagh Singh, DG of Police, stated that the objective was to attack and damage the age-old tradition of communal harmony and brotherhood in Kashmir. And as stated by Junaid Azeem Mattoo, Mayor of Srinagar, the attempt was to terrorise the increasing number of tourists, as a minimum of 30-40 flights had been landing in Srinagar.

Such attacks will be a setback to the government’s sincere efforts to rehabilitate the displaced Kashmiri Pandits. Some time ago, Dattatreya Hosabale, the RSS general secretary, had rightly stated that the displaced Kashmiri Pandits should now return to their homeland, that is, Kashmir Valley, with the assurance of their safety and security. Unfortunately, politics in the region has warmed up as there’s a lobby of the ilk of JKLF (Jammu & Kashmir Liberation Front), APHC (All Party Hurriyat Conference) and others that are against this.

Nevertheless, Hosabale’s idea is on the lines of humaneness and democratic principles. Besides, he has to get assurance from the present government, including the NSA, that their resettlement must be peaceful. If the Kashmiri Pandits are to be rehabilitated, the paramount need of the hour, according to Professor Sushila Bhan, is the cleansing of hearts on both sides. When the Pandits go back, there shouldn’t be any feeling of avenging the wrongs done to them in the past and as their large-hearted brethren, Kashmir’s Muslims too must not only welcome but help out in their resettlement.

Har chehra yahan chand, har zarrah sitara/ Yeh wadi-e-Kashmir, hai Jannat ka nazzara! These lines from Abroo, a duet by Mohammed Rafi and Asha Bhosle during the mid-1970s actually implored me to tell my parents to take me to Kashmir for my summer vacation. I remember that peace had just started deteriorating due to the communalised ambience. But the disaster for Kashmiri Hindus began only in 1989 and 1990.

Even today, at least eleven major militant organisations, and perhaps dozens of smaller ones, operate in Kashmir. They are roughly divided between those who support independence and those who support accession to Pakistan. The oldest and most widely known militant organisation, the Jammu and Kashmir Liberation Front (JKLF), has spearheaded the movement for an independent Kashmir. Its student wing is the Jammu and Kashmir Students Liberation Front (JKSLF).

Although all groups reportedly receive arms and training from Pakistan, the pro-Pakistani groups are reputed to be favoured by the ISI. The most powerful of these is the Hizb-ul-Mujahideen. According to press reports, several hundred fighters from Afghanistan and Sudan have also joined some of the militant groups.

The major incident of the Kashmiri Pandits’ ethnic cleansing began on September 14, 1989 with a Kashmiri Pandit and political activist, Tika Lal Taploo, who was shot dead outside his residence. On November 4, 1989, high court judge Neelkanth Ganjoo was killed.

On January 4, 1990, a local Urdu newspaper, Aftab, published a press release issued by the Hizb-ul-Mujahideen, asking all the Pandits to leave the Valley immediately. Al-Safa, another local daily, repeated the warning. On January 9, these warnings were followed by Kalashnikov-wielding masked jihadis carrying out militarised marches and openly threatening and killing the Kashmiri Pandits who objected.

As the darkness descended, the beleaguered Pandit community became panic-stricken. A host of highly provocative, communal and threatening slogans, interspersed with martial songs, incited the Muslims to come out on the streets and break the chains of “slavery”.

These slogans were mixed with precise and unambiguous threats to Pandits. They were presented with three choices — ralive, tsaliv ya galive (convert to Islam, leave the place or be ready to perish). Bomb explosions and indiscriminate firing by the militants became a daily occurrence.

Between 1989 and 1991, over 95 per cent of the Valley’s indigenous Hindu population was forced out through a targeted campaign. Since then, about 63,000 families of displaced Pandits, Sikhs and some Muslims have been living in camps in Jammu or the NCR area, as well as throughout other Indian states in India and abroad.

The ruthless ethnic cleansing of the Kashmiri Pandit community 30 years ago remains one of the darkest chapters of modern India’s history. The central and state government’s failure at that time to officially recognise them as “Internally Displaced Persons” and allow them to return to their homeland with the full dignity, security, and civil rights that they deserve, only amplifies this tragedy.

What is heart-rending is that for the last 32 years, the Kashmiri Pandits continue to fight for their return to the Valley. They have not done so because the state of affairs in the Valley remains unstable and they fear for their lives. Most of them lost their properties after the exodus and many are unable to go back and sell them. Their status as displaced people has harmed them in the realm of education as many Hindu families could not afford to send their children to up-market public schools.

True, what Hosabale has desired is something that should have been done decades ago. But the previous governments were weak-kneed, lacked resolve and willpower – unlike the present one, which has amicably fixed issues like the Ram temple, Article 370, triple talaq and Shaheen Bagh. However, Hosabale should also know that owing to the separatist and militant element in Kashmir, the return of the Pandits won’t be easy. Nevertheless, if the NSA, army and the state police decide to provide a harmonious life to these original inhabitants, nothing is impossible. Kashmiri Pandits mustn’t be faced with a repeat of the 1990s.