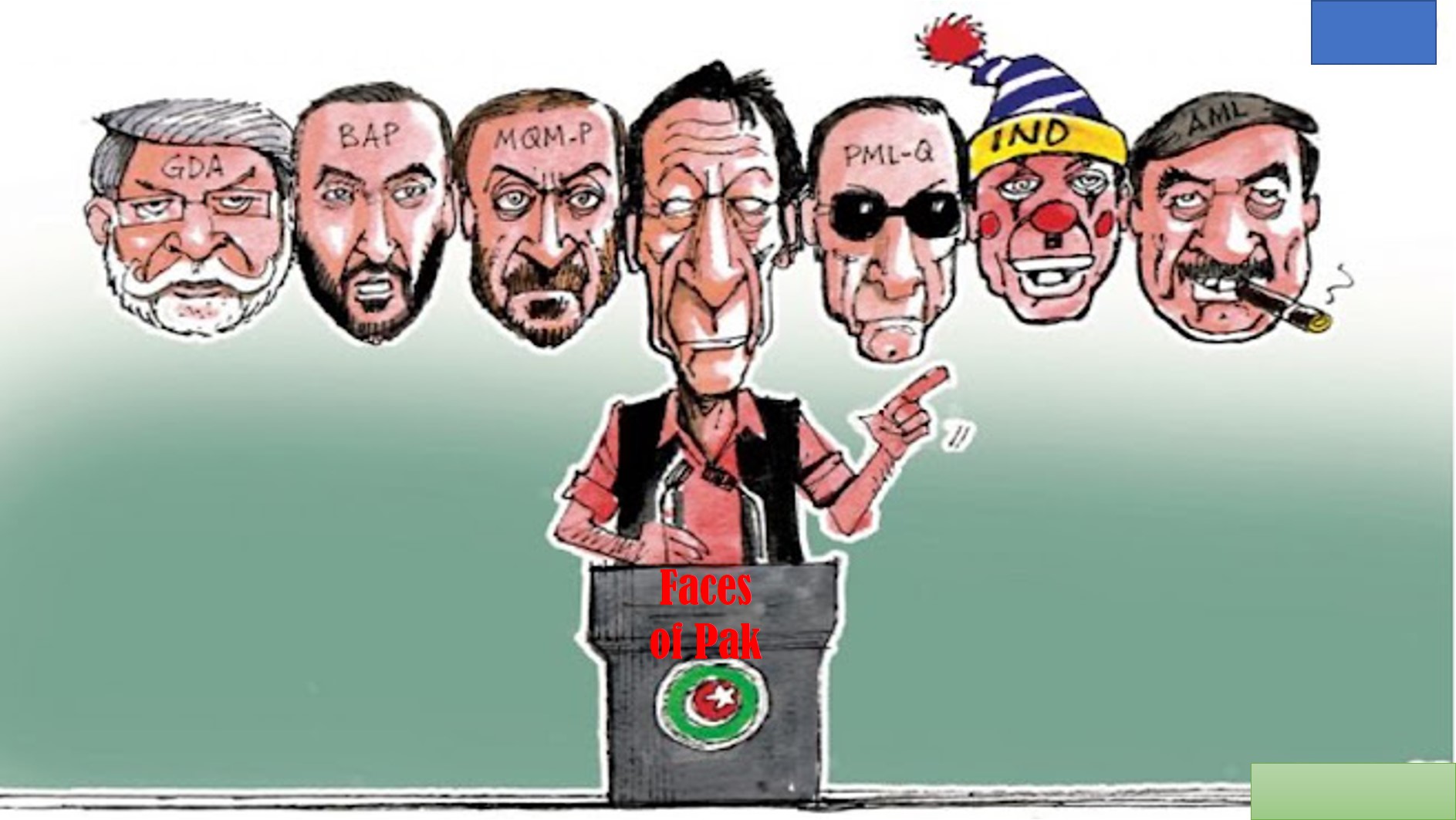 Flip through the DAWN and it will bring forth a few home truths. Pakistan is back to best at what it does – fighting wars it cannot win with a begging bowl. During the high voltage Afghan crisis, Pakistan was riding a tiger. It put the Taliban in power and left 42 million Afghans in a crisis without food shelter or clothing. They scripted a humanitarian disaster and went home triumphantly to continue with their own disastrous script. Losers to the core. When they returned, the TLP and TTP bared their fangs and growled at the Bajwa- Imran combination. These worthies cowered behind each other while squabbling over the ISI chief. By the time Imran was shown his place, the TLP was holding Pakistan to ransom. They freed every TLP activist and agreed to all their demands. Then they held a meeting with TTP and agreed to all their demands. Having stuck a Faustian bargain with a sectarian and a militant organisation, The Bajwa-Imran combo whipped out their best begging bowl since that is all they can do. They are at the Saudi and IMF doorstep chanting “de de re baba de de’. When one goes through opinion pieces in DAWN it is very clear that Pakistan will continue to scrape the bottom of the barrel for a long time to come. In this context, I have put together extracts of a few articles which tells you where Pakistan is at this point of time.

Chief Justice of Pakistan (CJP) Gulzar Ahmed on Tuesday said that the law did not allow land meant for defence purposes to be used for commercial gains, saying such land should be returned to the government once its strategic use has ended….”This is government land,” the top judge said, noting that cinemas, petrol pumps, housing societies, shopping malls and marriage halls were being constructed on land meant for defence….”General sahib, these are not defence purposes,” he told the defence secretary, asking the attorney general to explain how the defence ministry would “limit the land’s use to defence”….The court said it would interpret the law concerning the land of cantonment boards in light of the Constitution, with Justice Amin remaking: “This is also very important for the institution’s own reputation.”….The CJP then turned to the attorney general, saying “They must be made to understand the law, who will do that?”

The double tsunami of inflation and a rising trade deficit blew its bounds in the month of November and there are no indications yet that we have hit the peak. Faced with this situation, they are now increasingly wearing a haggard look and getting testy in their temperament. They have every reason to. The road ahead is a tough one, and the circumstances anything but conducive to decisive decision-making….The data painted a dire picture. Inflation beat all expectations in November to come in at 11.5 per cent while the sensitive price indicator and the wholesale price index showed stupendous rises, coming in at 18.1pc and 27pc respectively. Across the board, all indicators and all categories of goods and services whose prices are measured by the government are surging. We now have sharp and broad-based growth in inflation with the promise of more to come.

The November bombshell has landed the government in the middle of a vicious circle and navigating this from here on will be their chief challenge.

Despite a democratic Constitution, there seems to have been a move towards authoritarian rule in Pakistan with a concerted effort to silence and delegitimise any voices of opposition, political or otherwise. These efforts have been augmented through regulatory directives, undemocratic ordinances, extra-legal measures, and aggressive public messaging. The only capitulation by the state seems to be in the case of opposing parties that direct violence towards it under the pretence of religion….Whether it is media, social media, human rights movements, political leaders, or even judges, there have been concerted efforts to silence them and get them to toe the line of the state….The state response to human rights movements has been even worse. The peaceful Pashtun Tahaffuz Movement (PTM) has ruffled feathers due to young and unarmed Pakhtuns demanding basic rights and protections guaranteed by the Constitution in a region ravaged by the war on terror brought to their lands by a reckless dictator. Instead of embracing the young of the former tribal areas, even their popular elected representatives have been imprisoned by the state with complete disregard for the democratic mandate they hold….Enforced disappearances, bogus cases, dictatorial tactics and online attacks to skew narratives have to be controlled. It is crucial that the independence of the judiciary is upheld, which may not be possible if the press is not free. Constitutional protections exist for a reason, and the roots are in our history of resistance against anyone who tries to impose their will on us…Presidential systems or one-party systems do not belong in our vibrant democracy with a diverse populace, which is why the autonomy that the 18th Amendment gives to provinces was welcomed across the board. Let us work together to reap its benefits rather than try to upstage one another.

PAKISTAN’S governance has become a pattern of overlapping circles of self-interest. Each is driven by an ambitious nucleus that searches for the path of least resistance.

Government departments take decisions on matters beyond their domain. Ministries overstep boundaries defined in the Rules of Business. Advisers and special assistants to the PM/ CMs squabble with their counterpart ministers over equivalence. Ministers battle over satrapies…Courts trump each other over jurisdiction and superior authority. Serving civil servants cock a snook at district judges. NAB, the bloodhound that pursued its accused with ferocity, suddenly finds itself the quarry, hounded by the FIA.

AS tensions rise within ruling circles, particularly along civil-military lines, a recalibration of power appears to be in the offing. Its roots go beyond powerful individuals or even institutions; they are to be found in deeper structural factors…The dominant sentiment in this constituency was echoed by the judiciary, military, bureaucracy and the media. Despite their combined strength, traditional elites in the form of electables, financiers and special interest groups had to be incorporated in the ruling coalition. Although this boosted the latter’s strength, it also sowed the seeds of internal division that paralysed policymaking and have now come to haunt the PTI….Take the economy. Due to persisting elite capture by monopolistic players, state policy continues to favour cartels in key industries. It incentivises investments in unproductive and capital-intensive sectors such as real estate and the stock market. The tax burden remains disproportionately high for the middle and working classes through indirect taxation…The combined result of our fiscal woes has been a shrinking GDP and per capita income, loss of jobs and hyperinflation. Rise in the global oil and commodity prices and the economic effects of Covid-19 have exacerbated economic hardship.

Zia’s jihad project was a multifold initiative and nurturing madressahs was an integral part of it. Without focusing on madressahs, poor Afghan refugees could not be engaged in ‘jihad’. No doubt, the US and Saudi Arabia were major sponsors of this project, but Gen Zia allowed the mushroom growth of madressahs across the country as part of his Islamisation agenda and also in order to create his political constituency. The extremism promoted on educational campuses and in madressahs closed the minds of the youth, and madressahs ‘distinguished’ themselves through capturing the narrative-formation process….the madressah sector is catering to the financial and political needs of the religious elites as well. The institution of the madressah has become the primary political base for religious groups and religious-political parties, and continues to strictly adhere to its potentially explosive sectarian character. It is expanding and encroaching on the formal education sector and the state has failed to regulate the institution, despite its concerns and (half-hearted) measures….The state has not come out of the Zia era mindset and still believes that the madressah is not the source of the problem, rather it is helping the state cater to the educational needs of the masses. Otherwise, the state would have to cut on other expenses to fulfil its educational obligations. The maximum concern the state could have about the madressahs is their possible links with terrorist groups and for that reason it might not want to antagonise the madressah establishment. In fact, state institutions have adopted the madressah elite’s narrative that the source of the problem lies with the public education institutions and not madressahs…The madressah mindset is at its full play in society and is responsible for promoting two major sociopolitical conflicts, which certainly have security implications: first, the sectarian divide, and second, ideological radicalism.

Overall Comment : It is very clear that Pakistan has entered a phase from which it will not get out. As a nation and an Armed Force it is high time to look past Pakistan. The picture above (which I got on WhatsApp) very clearly indicates the difference between India and Pakistan. For long, most military professionals in India have had this fixation on Pakistan and as an extension on Kashmir. Kashmir can no more be a career enhancing option. Over specialisation in CI is detrimental to national security. let us leave Kashmir and the half front to the PMFs and the bureaucracy and get into a back up mode for them. Let us concentrate on our primary responsibility to fight a two front war. It is high time to look at the Gorilla on our door step more closely. I do not find enough military professionals analysing and discussing this Chinese Gorilla. If they do, it is from some standard second hand cut and paste efforts by western authors. The quality of our analysis of this Gorilla needs to be contextual to our environment. Unless we know China better in all its dimensions, India will not become a power that we dream of it to be. It is never too late to start learning… we should get into it fast since China is slowly but steadily entering an unstable phase…and that does not portend well for us.