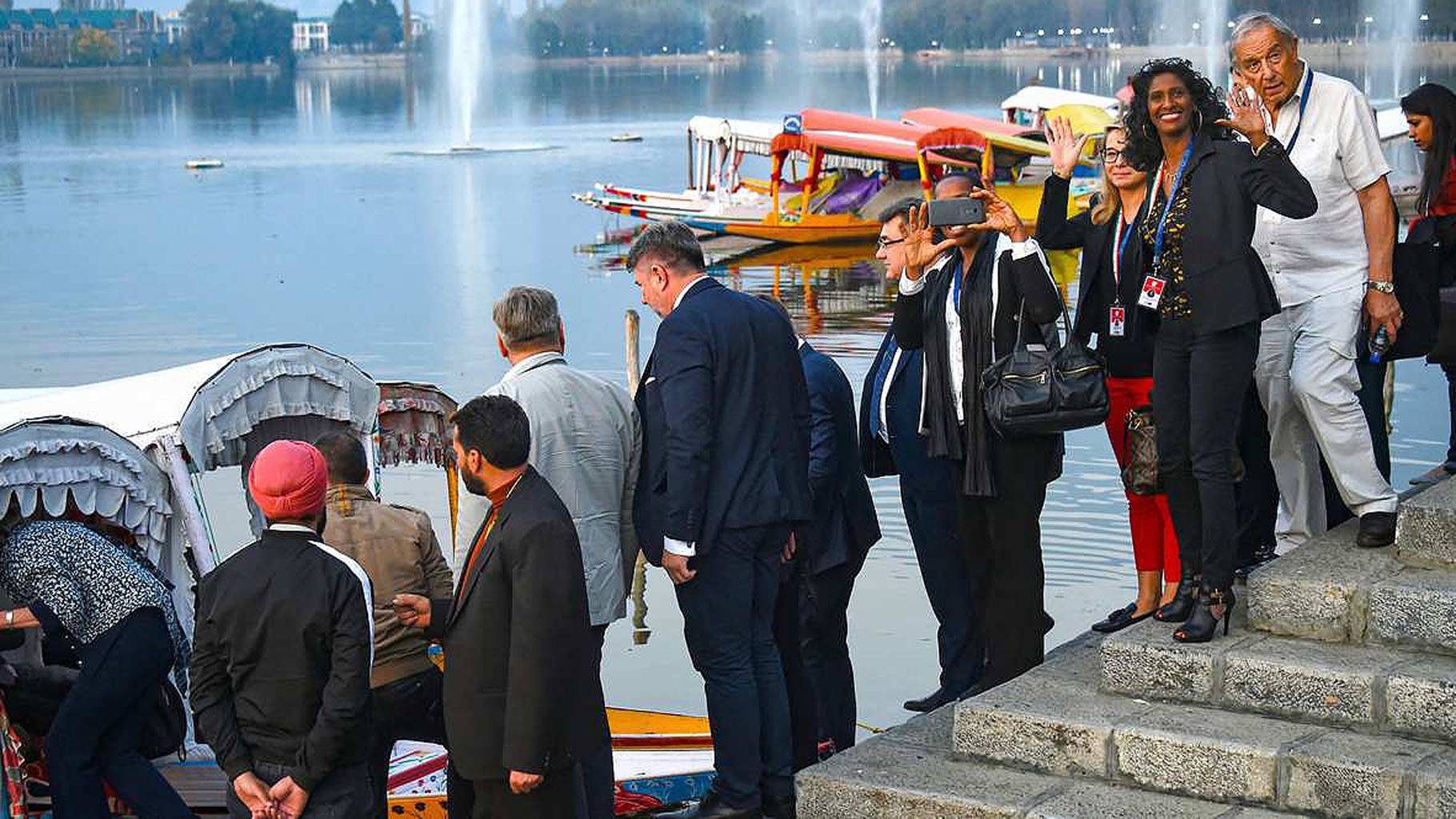 The visit of selected European diplomats and a parliamentary group to Srinagar was arranged by the Government of India to mislead the international public about the situation in Occupied Jammu and Kashmir. But the Muslims of Occupied Kashmir responded to this attempt. A complete strike was declared on the occasion of the visit of the European delegation. The strike was called by the All-Party Harriet conference and was supported by all leaders and organizations. Despite this strict surveillance and restrictions, black flags were hoisted and posters were put up in Srinagar and other areas against the arbitrary visit of foreign diplomats. The posters carried slogans such as “Long live Pakistan, Kashmir will become Pakistan” and “Welcome to Kashmir in blood”.

The Modi government had arranged the visit to mislead the international community and cover up the government’s unilateral and illegal actions in the occupied territories. As usual, the courageous and brave Kashmiri Muslims recorded their protest in front of the European delegation and told the world that the Kashmiri people want independence from India. It is the duty of the Government of Pakistan to inform the world about the atrocities perpetrated by the fascist government of India in Kashmir. But the government and state of Pakistan are not taking any showy steps to save the Muslims of occupied Kashmir from the tyranny of the fascist and bigoted Indian government.

Pakistan’s claim under international law that Kashmir is a disputed territory is strong. It was supposed to join Pakistan under the Partition of India plan but India occupied it by military force. The Indian government has taken the Kashmir issue to the United Nations, according to which Kashmiris have been given the right to decide their own future. The Muslims of Occupied Kashmir have kept the issue alive for 70 years, but the government and state of Pakistan have always been weak due to US pressure.