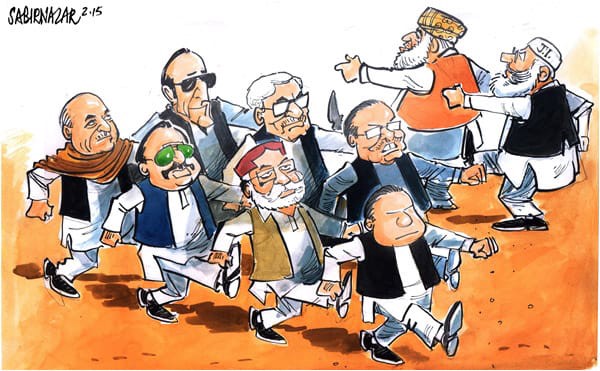 PTI member in Punjab assembly, Khurram Sohail Khan Laghari, has announced to leave PTI. He has said that in the PTI government, those who could not pass the 10th exams have become ministers and while the educated ones have been left behind. He said that more money is being spent in the constituency of the chief minister. On the other hand, the governor of Punjab and the speaker of Punjab assembly have been given the task to bring pro-PTI people back into the party.

It is possible that more PTI members would come forward in future and say that they are being ignored. Neither the chief minister of Punjab hears their demands nor is the Prime Minister ready to listen to their grievances. These members think that, since the Senate elections are round the corner, this is the apt time to get themselves heard. If they are not satisfied, they would leave the party, But since every single vote matters in the Senate elections, it is possible that the demands of the unhappy members would be accepted.

It can be said that these unhappy members might revisit their decision and continue to be part of PTI. But it is also possible that they might get some sense of the next elections and are already formulating their future strategy.

PTI had promised that its government would create South Punjab a province within 100 days. Nothing has happened on that promise after two and a half years. The Chief Minister of Punjab has been claiming instead that his government has worked for the development of the whole of Punjab. But now, angry members of the assembly will have to be convinced [that they have a better future in PTI than anywhere else]. The governor and the speaker of the assembly have been appointed to talk to these people.