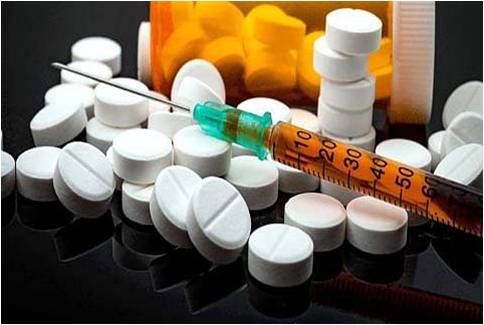 Drugs have been part of human utility since time immemorial. Ancient Greeks, Romans, Iranians, Chinese and Indians were probably the first civilisations to make use of drugs for various medical and health purposes.

As time passed the Unani, Ayurvedic and other medical knowhow passed on from their epicenters of influence to other parts of the world.

With the evolution of new trends of globalisation and liberalisation, modern economies especially India opened out directly and more conveniently for the global partners including drug companies as well.

Besides, improvement in medical technology and research made supplies of drugs and other sophisticated instruments more lucrative in the areas of their demand.

As a result of which we are witnessing diversity in the production, manufacturing and distribution of drugs in the length and breadth of our country especially from couple of decades.

There isn’t any doubt that proper and legal use of drugs has not only put a cap on death rate but also has controlled population growth and improved living standards up to a sufficing level.

However, the ever increasing input of drugs in the market has made its availability possible at doorstep which has rendered the users more dependent upon them and given birth to addiction under various socio-economic backgrounds and issues.

As a matter of fact, drug addiction involves 70,000 people especially youth in Kashmir only. The gravity of mortality related to this menace is such that it ranks next only to the conflict related deaths in this part of country.

Our youngsters, in their prime youth, constitute the major share of the addicts. Recent studies show that 4000 young girls are also involved in drug addiction practice in Kashmir. Day in and day out these numbers are showing geometric progression.

How does it spread?

When a person becomes addicted to drugs, he/she starts taking pleasure from them. As a result his dependency on drugs increases and he/she becomes habitual of taking such doses on regular basis. If the drug isn’t available at a particular time, the addict becomes mentally ill and involves in delinquency and violent behavior. In order to satisfy his want, he/she can go up to any extent without taking into consideration the repercussions of his/her actions and reactions.

What are the consequences?

As a result of this menace we see disintegration both at individual and at a collective level. Families, kinships, neighborhoods, peer groups, schools, colleges, universities and other socio cultural and religious institutions disintegrate out of such addictions. As a cumulative consequence to it, social control becomes difficult and seems like herculean task. As time passes, addiction not only spreads but also multiplies like a chain reaction. A time comes, when the entire society is engulfed in such a menace of mental slavery- a slavery of drugs.

From an individual to family and peer group; unemployment and poor socio economic background to modern day urban life and western culture everything plays its significant role in drug addiction menace. Besides, easy availability of drugs in markets, without any checks, as well as political instability, add fuel to the fire.

What needs to be done?

Both the civil society as well as government of the day can act as substantial agencies of rescue and rehabilitation. Civil society needs to work for the moral and ethical uplift of its members especially youth. Likewise, government is expected to look into the welfare aspects of its citizens by providing ample opportunities of employment as well as putting checks on both the drug peddlers and the drug dynamic of the market. Besides, creating awareness among masses by organising seminars, conferences, debates and rallies against the drug addiction as well as increasing the number of rehabilitation centers can help in curbing this menace.

Lets wake up and start caring for ourselves. Above all drugs are an enemy of hope and healthy life.